Saturday afternoon, the weather said 91F, my car said 100F. Me and Logan need to get some exercise but he doesn’t handle the heat to well and he is still nursing his ankle. So I said, “Hey, you want to do go mall walking Buddy?” He kind of did the “Sure Dad, and so off we went. 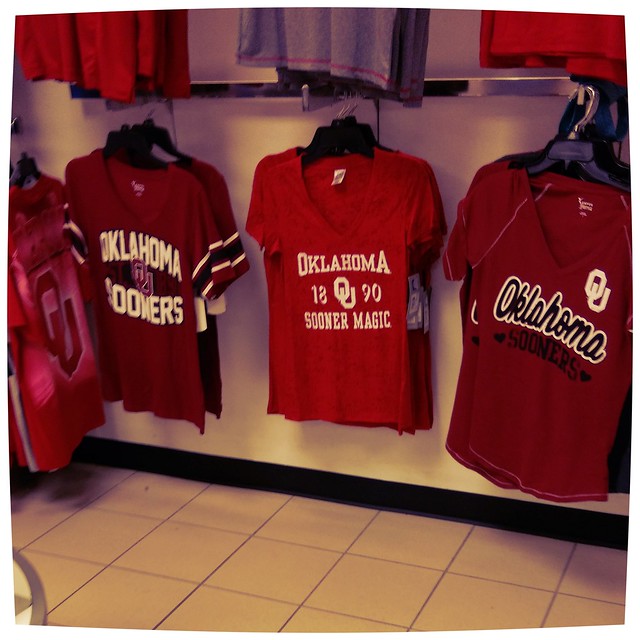 When is Sears ever going to learn about merchandising?

The plan was to park at the upper floor of Sears at one end and walk on down to Macy’s and back while going through the two big stores in the middle, J.C. Penney’s and Dillards. 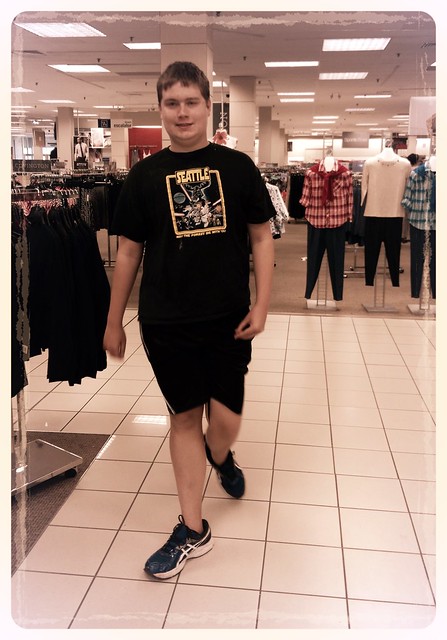 Logan couldn’t get out of Sears fast enough.

We weren’t really prepared, neither one of us was wearing Hush Puppy’s  for instance. 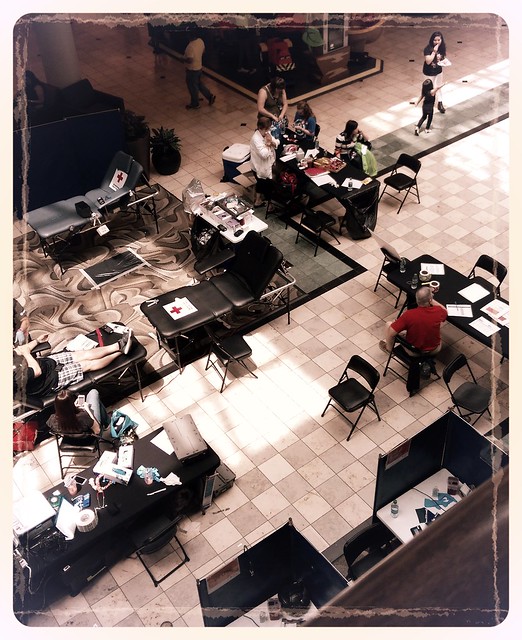 Red Cross was there taking people’s blood.  I used to give blood many moons ago but things got worse and worse. One time they backflowed the heparin into my arm. Now that was painful. The last time I gave blood my wife had to come get me. So sorry guys. You can’t have my blood today. Logan didn’t feel like it either. 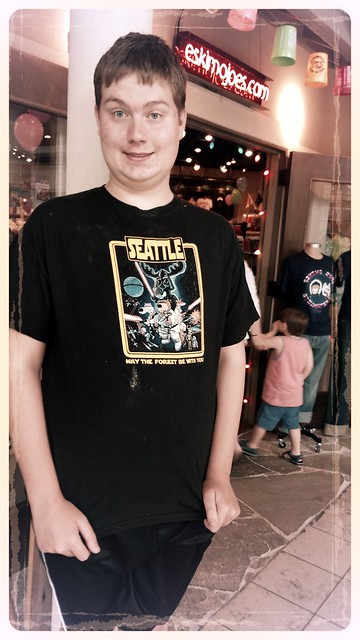 Outside Eskimo Joes. If you are from Oklahoma you have probably heard of them. It is a restaurant that also sells a lot of clothes. I bought a nice Route 66 themed shirt on sale. The lady asked me if I would like to join their club. No thanks, last time I was here was in 1992. 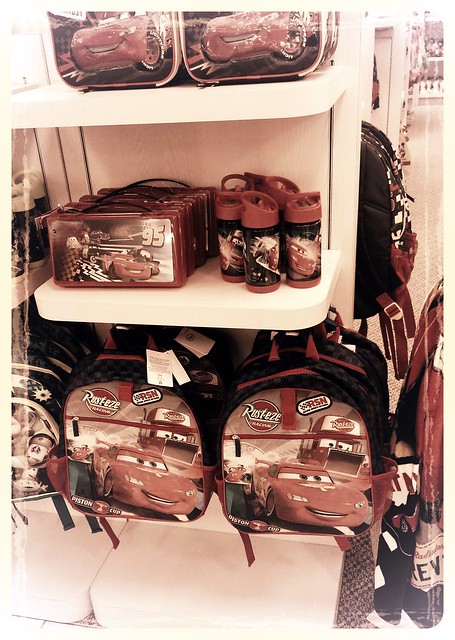 I think it was in Penney’s, I offerred to be Logan a Cars themed back pack. He didn’t seem that that would be okay for a high school senior. Besides his Mom does all his school shopping. 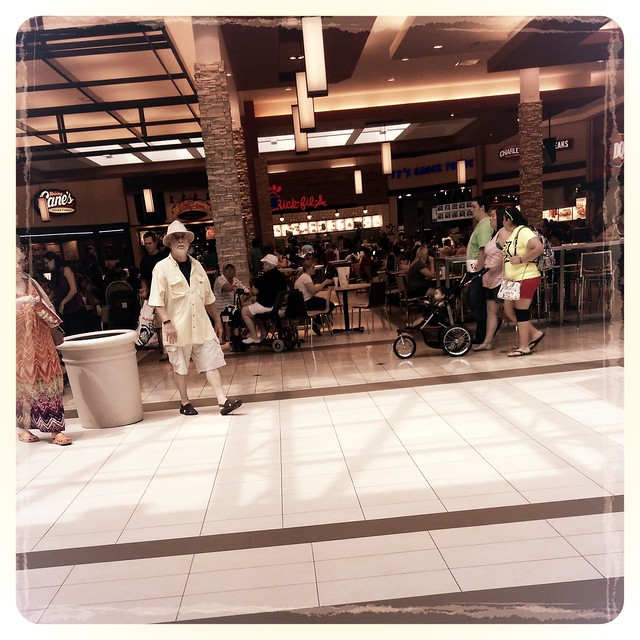 The food court. Neither Logan can stand loud crowd noises. So no thanks, we’ll go elsewhere. 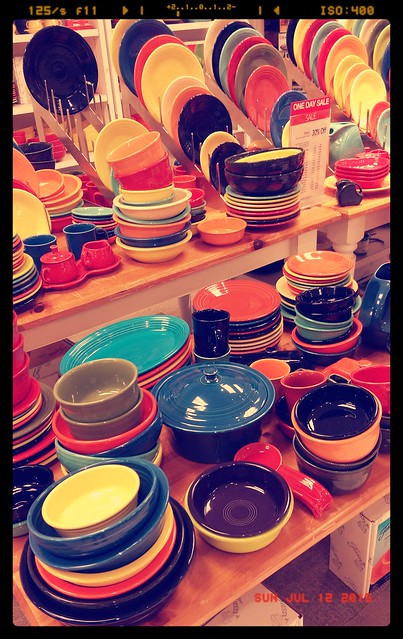 Macy’s had a great dish display. 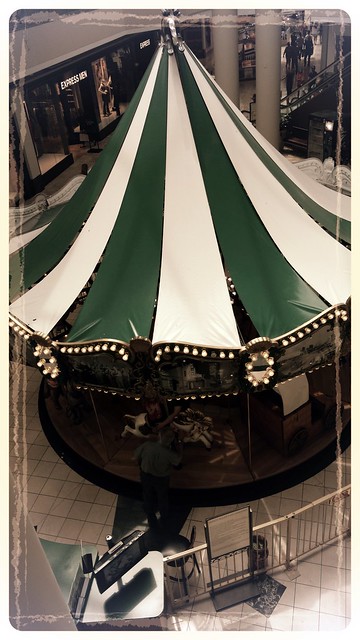 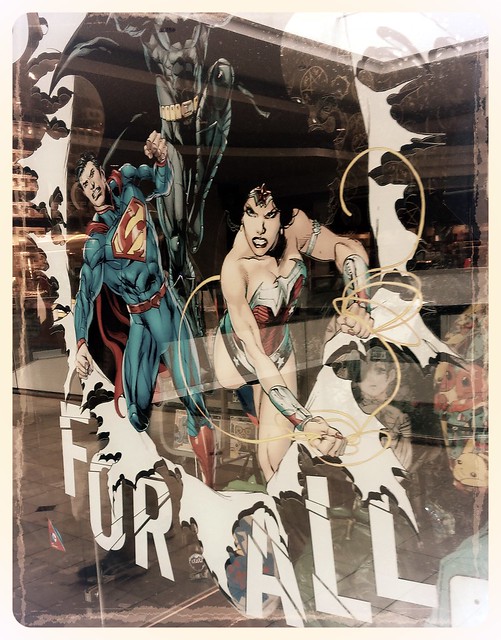 We were walking not shopping but this window scared me. Those super heroes look pretty angry to me. 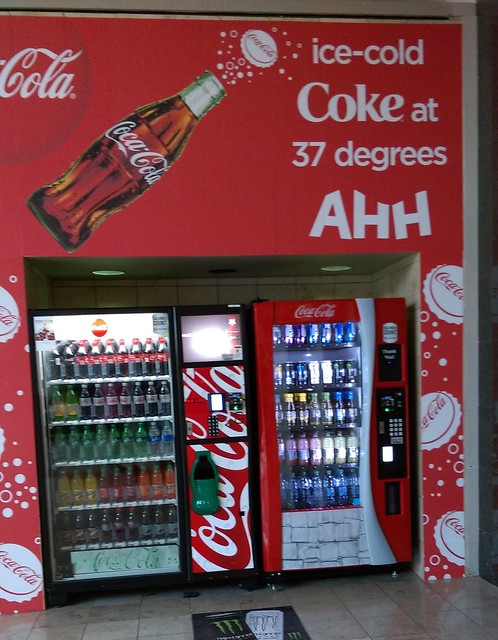 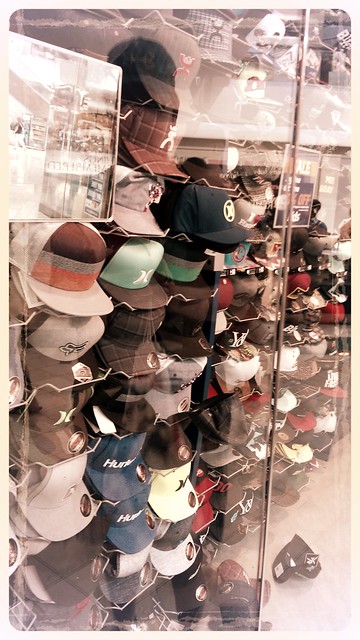 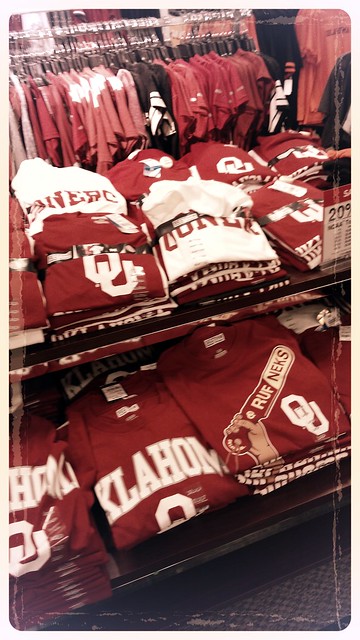 And what is up with all the sports logo merchandise? The University of Oklahoma, Okalahoma State, it just flies off the shelves. I’ll tell you though that one good thing about being a Dallas Cowboy fan is that they discount the merchandise pretty heavily about three games into the season.

At about 75% of the way through the mall. I’m getting kind of tired of it all. But the AC is working great. 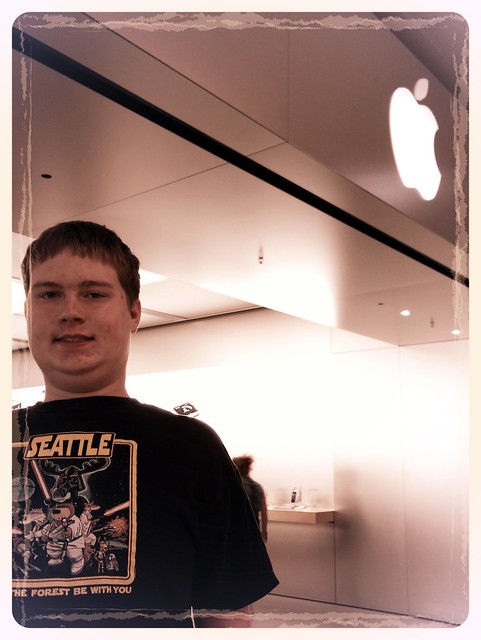 Logan outside the Apple Store. He is an Apple man through and through. I’m cheap, I have an Ipod touch and an Android phone. I can change the battery for $7 and have a big old cheap 32 Gig memory chip to help out the 16G built in. Try that with your Iphone. 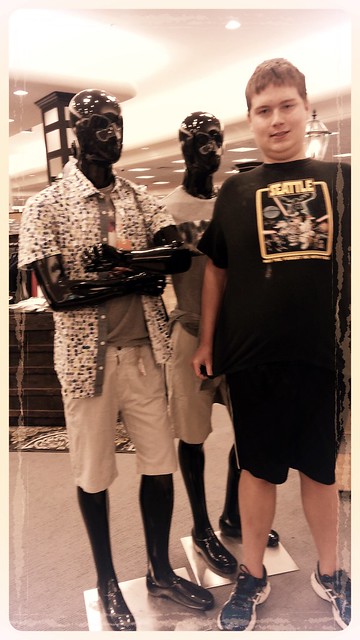 Logan and his cool new friends. Say goodbye dude, we have to go.