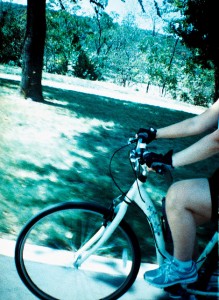 Mini, Mini, what could be mini? I like mini skirts but I don’t have one single picture of one. Cuz I may be a lech but not so bad as to where I go take pictures of women in mini skirts. So for mini I am going for my Diana Mini film camera. It is a plastic 35 mm camera that I use a lot. Above is a picture of Heather riding a bicycle beside me. And it is March so hopefully bike riding weather will be back!! 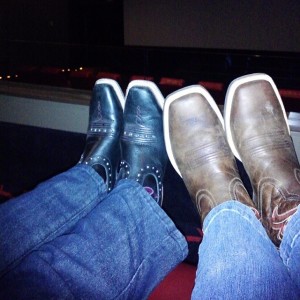 This Heather and I at the movies. I post lots of pictures of my boots on Instagram with the tag “#cowboybootsfornoncowboys” You see I grew up out in the sticks of the mountain west with cowboys. I have relatives who are cowboys and I like cowboys but I am not one. I knew that from a very early age that I liked the big city. I like cowboy boots though. I love’em as a matter of fact. My 59 days of birthday is coming up next month and I could use a another pair of boots just in case you are wondering what to get me. Just saying.

Hey by the way if you are on Instagram lets be friends!! I am yogiab if you want to link up. 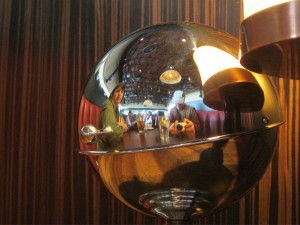 I love mirrors and taking pictures of myself and others in mirrors. I know that it is suddenly fashionable to say you don’t like selfies. I have never been fashionable. Above is Heather and I at a restaurant. I always have at least three cameras with me these days. A small point and shoot, my android smart phone, and an ipod touch. No selfies for about three weeks though. In the continuing saga of my skin issues I started a three day regimen of stuff on my forehead that will kill any remaining bad cells. I can tell that my appearance is going to get worse (if that is possible!!!) before it gets better. Buy hey its all good. 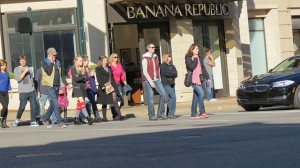 Shopping, I hate shopping unless I am doing a Kohl’s run. This is from Country Club Plaza in Kansas City. They have a huge multiblock outdoor type shopping center. Don’t these people look like they are having fun. My favorite is the blonde girl in the black outfit with her arms folded, the strange socks and the black boots. I’m guessing that she is with her parents.  I love the girl’s boots. I would like a pair of black Doc Marten boots (note another Birthday Hint!!). I have a pair of “dress” Doc Martens and I love them. It took a while to break them in and now I wear them a lot.

And yes I have a bad habit of inventing stories about random people. Sitting on a bench in a busy area like an airport or shopping center and making up stories about the people I see is fun for me. Heather doesn’t like it. So I do it here from time to time. 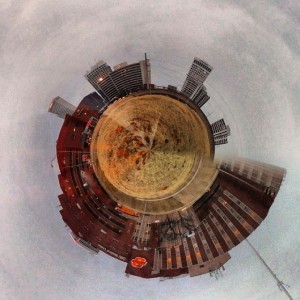 This is a “Tiny Planet” photo of downtown Tulsa taken from the northwest side. Tiny Planet photos are folded around on themselves. If you are smart and have photoshop you can make them. Or you can download an App on your smart phone if you are not so smart and don’t have photoshop. I just love tiny planet photos. I can tell my Instragram friends are tired of them. So I’m inflicting them on you. I don’t feel sorry for you though. You already put with a lot from me. And I appreciate it! 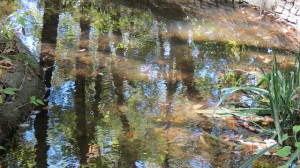 Still another image from Powell Gardens near Kansas City 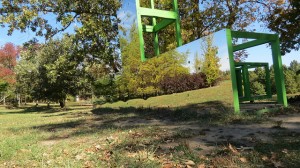 Powell Gardens, east of Kansas City, Missouri has a large mirror installation that I found intriguing. 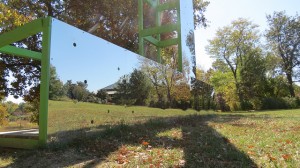 I think the potential for fun and interesting is huge. 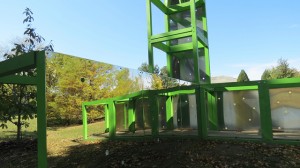 I love installations like this in gardens. But I’m easily distracted. 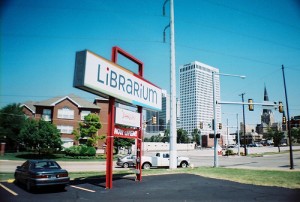 The Tulsa City County Library just shut down their Central Library for a two year renovation at a cost near $50 million. Now, they don’t have that money in hand but they are hoping that they get it. Personally, the hope method of raising money has never worked out very well for me. But what do I know! 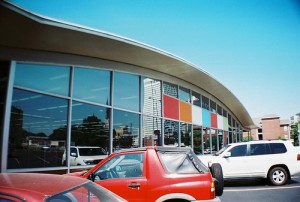 (The grocery store closed in the early 90’s. I was witnessed a tug of war in the parking lot between a store employee and a customer pushing and pulling on a roast. Finally the customer gave up and jumped into a getaway care took off. Stuff like that is why they used to call the store the “UnSafeway.”)

To provide downtown users a library, they renovated an old Safeway Grocery store and loaded it full of books, computers, and lots of places to sit. They call it the Librarium. 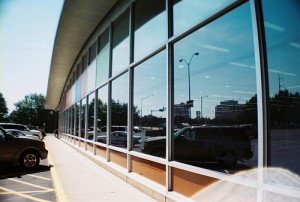 (I took this pic before I went in the Librarium for the very first time. That is when I found out that there is a long bar along with window with stools for work stations. Everybody was looking at me.)

I think it works very well. It is a large open, well lit, space with a great feel to it. It is a little bit of a walk to it but not bad especially since the weather is turning cooler. 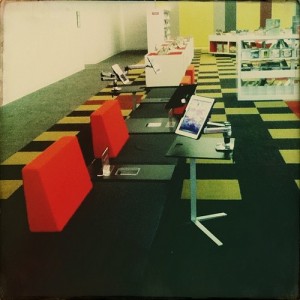 (Don’t ask me how I know but it is impossible to disengage those dang ipads from the mounts. Take my word for it.)

It even has an “Ipod Lounge!” Reader Bill aka “The Tulsa Gentleman” tells me that Leon Russell used to work at this Safeway way back when. (I don’t hear any questions about who Leon Russsell is.)

Anyway I’ll be spending a lot of time at the Librarium for the next two years. 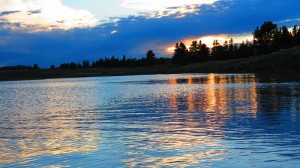 On our recent trip to Idaho my sister and I would grab our cameras as the sun went down and walk along with our families to find some pictures to take. I’ve learned that timing is everything at sunset. I want the deepest colors and I often find myself alone with just the mosquitoes for company. Sometimes I get a decent shot, many times I just have itches.

Late evening at a small lake near Island Park, Idaho. 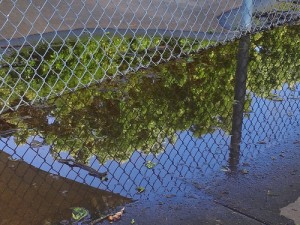 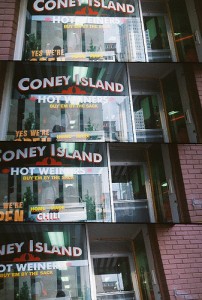 Wednesday evening after work I headed to Turkey Mountain. Much has been happening lately and I can always get my head on straight up on the Mountain. 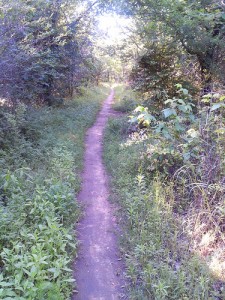 It has been raining lately so the trails are not as dusty as they were last summer. 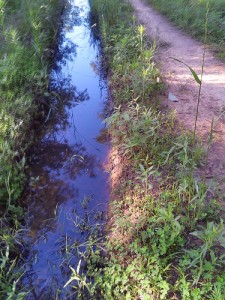 There are even some sizeable puddles alongside some of the trails. 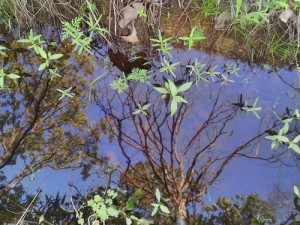 I’ve been experimenting with puddle reflections lately. You can really do that during a drouth. The above is one of my favorites so far. 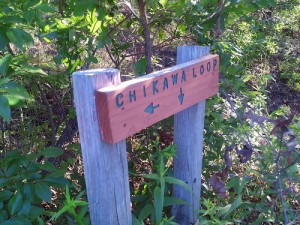 The Westside YMCA runs a day camp on the north side of the mountain. They had spruced up their trail signs. I could hear some loud drumming and yelling going on. I was curious about what was going on but I stayed away. 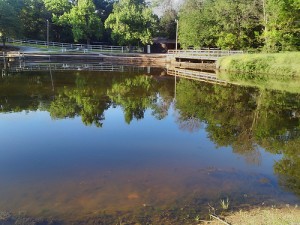 I did stop and take a pic of their fishing pond though. Nice to see them starting to fill up again. 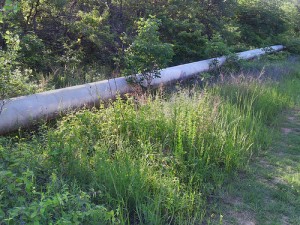 A previous employer of mine has a pipeline that runs across the mountain. I’m big into connectivity and I’m very familiar with this pipeline and the network it connects to. If I bang it with a hammer (I’d never do that of course it would damage the coating) I can just imagine the sound traveling from here to almost every state in the lower 48 and Canada and also Mexico. I have maps so that I can show you just how that would work. Of course, you would have to put your ears to the pipe and listen very attentively to hear me hammering. 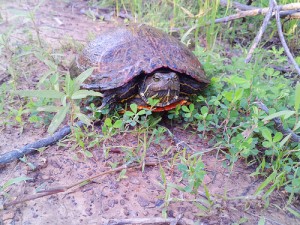 My new trailrunning friend. We ran together for a little bit but I was too slow for him so he waved and was off. 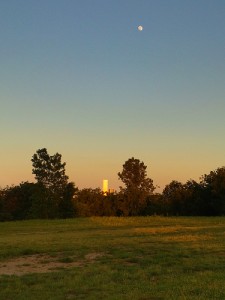 At the parking lot, two final reflections, Cityplex Tower and the full moon both reflecting the sun back at me.
Weekend Reflections

Nighttime on the River Walk in San Antonio last week showing the Hemisfair Tower in the background. 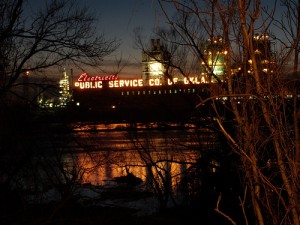