Today we “did” the Nelson-Atkins Museum of Art here in Kanas City during our Fall Break. Or maybe it did us? 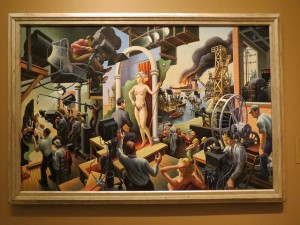 We were overwhelmed by all the works in the place. Hundreds and hundreds of pieces, or it seemed like to me, in endless rooms. And it was all magnificent, and by gum we were going to see it all. I’m not sure we saw it all but we looked at it all. We were in there for about four hours and were plum exhausted by it all. 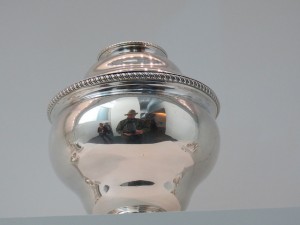 I did get a selfie in though, and I got Heather and Logan in it as well. 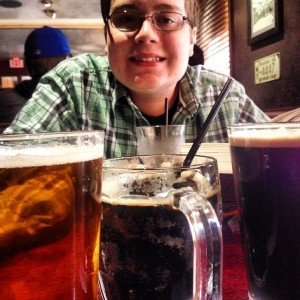 We earned our refreshments I tell you!

Did you earn your refreshments today? Tell me about it.

On our second day of our Fall break trip to Kansas City we spent several hours at the National World War I Museum. Talk about a wonderful museum. It is very well done and lots of exhibits and explanatory information and even sound booths where you can listen to poems and songs from the era. It really was overwhelming. To me a great museum needs several visits to really appreciate. So at a new museum my strategy is yes take it all in but really focus on the details. Sometimes you can find something new there. Something that gives the experience a little extra meaning. 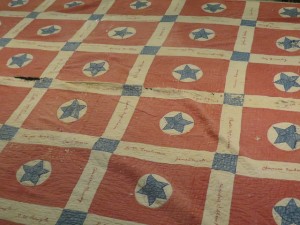 What got me today was the symbols of sacrifice. I mean I loved all the artillery pieces, machine guns, sniper rifles, and the like but it was symbols like the Blue Stars that I noticed this time. The Blue Star of course means that the family has a loved one at war. 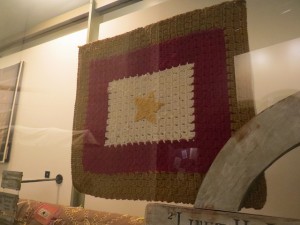 The Gold Star means that a family has lost a loved in battle. 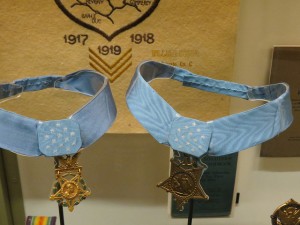 The Congressional Medal of Honor is the nation’s highest award for valor. 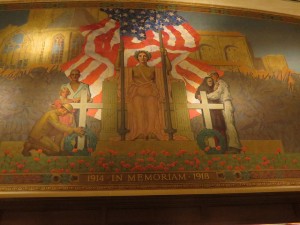 The new symbol for me was the poppy. Poppy’s were first mentioned in the poem about World War I dead by John McCrae. I thought the poppy as a symbol of sacrifice originated in Great Britain. According to Wikipedia, it originated in the United States after World War I and then spread to other countries. I haven’t seen poppy’s for sale in the US for years. It is still a potent symbol in Great Britain I’m told. The Story Behind the Remembrance Poppy is an excellent summary of history of the symbol. 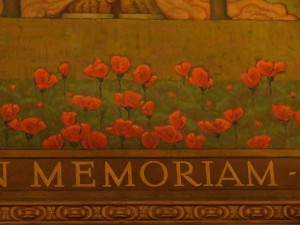 One of the most moving things I’ve ever seen on YouTube (I know that is not saying a lot) is a ceremony of dropping poppies during the Festival of Remembrance held every November 11 to remember the end of the hostilities of World War I.

You know the Yanks may have come up with the symbol of the Poppy but the Brits have taken it to a new level.

In Flanders fields the poppies blow
Between the crosses, row on row,
That mark our place; and in the sky
The larks, still bravely singing, fly
Scarce heard amid the guns below.

We are the Dead. Short days ago
We lived, felt dawn, saw sunset glow,
Loved and were loved, and now we lie,
In Flanders fields.

Take up our quarrel with the foe:
To you from failing hands we throw
The torch; be yours to hold it high.
If ye break faith with us who die
We shall not sleep, though poppies grow
In Flanders fields.

Anyway, we had a good time and learned a lot at the museum and I recommend it highly. There is not a whole lot of glory in war is the reinforced lesson, but there is much courage and sacrifice. 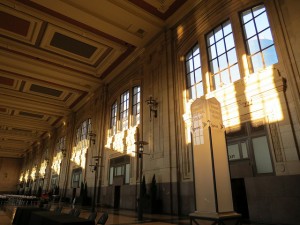 Kansas City’s grand and restored Union Station. Reminds me of a childhood trip to the east cost in the mid 1960’s  when I was a kid. We went by train from Utah to Chicago to New York City and on to New London, Connecticut. I still remember the huge train stations packed with people waiting for their trains to leave.  Little did I know that I was witnessing the tail end of an era.

A few minutes today at Union Stations brought back a lot of memories.