I had lunch with a friend Friday. I stopped at Centennial Park on the way back to the office to snap some photographs of the park. On my way back to my car I passed a set of bronze sculptures installed on a traffic island. I found it totally charming. The artist is John Gooden of Kingfisher, Oklahoma. It turns out that the traffic island is a park called Medicine Wheel Park. 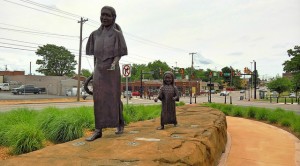 The installation is called “Games on the Way” and it shows a mother carrying a baby walking on a path accompanied by a little girl carrying her own baby and a boy playing “Shoot the Hoop.” Everybody is smiling and they seem in total harmony with each other. 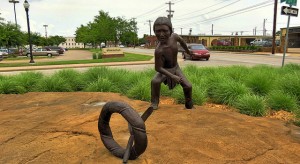 The sculptures are sponsored by the Indian Health Care Center of Tulsa and it is meant to outline their approach to care as nurture: “An embracing approach to care to strengthen physical, emotional, mental and spiritual wellness within a family.”

And who can argue with that?

Have you come upon something great lately? Tell us about it. 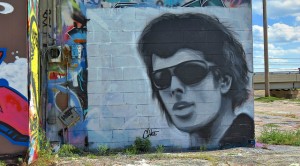 I was in east Tulsa yesterday for Logan’s school awards assembly (more on that later, he scooped up nine awards!) and I stopped by Mad Mike’s Liquor store on 11th street to see what was new in their graffiti. This cool guy with the shades was my favorite.

Mad Mike’s has created a “Permission Zone” where graffiti art is encouraged. It changes quite a bit and is quite the place.

Do you have any permission zones where you live? 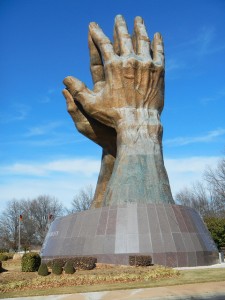 The 60 feet tall, 30 ton bronze Praying Hands sculpture at Oral Roberts University is by sculptor Leonard McMurry and was cast in Ciudad Juarez Mexico in 1980. Originally they were placed in front of ORU’s City of Faith Medical Center but were moved to their present place on campus in 1991 well after the medical school became defunct. 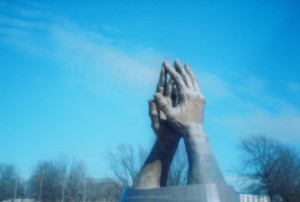 Although they are popularly called Praying Hands, the official name of the piece is “Healing Hands.” Supposedly it is the largest bronze sculpture in the world. 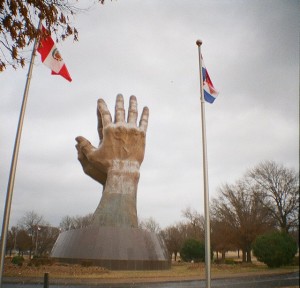 It has a lot of visitors and one of the “must see” things if you visit Tulsa. The university has a small free parking lot next door. While there you can walk around the campus and see the some of the space age buildings that it is famous for. 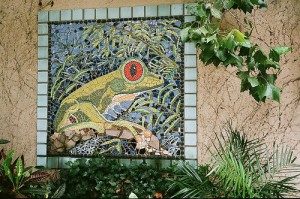 From the Tulsa Zoo outing son and I had last week. Zoos these days spend a lot of time, energy, and money on things such as art work and landscaping making them a total visual and sensory experience. 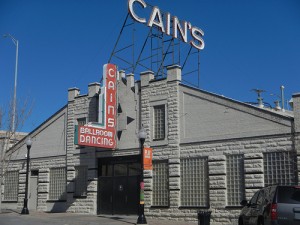 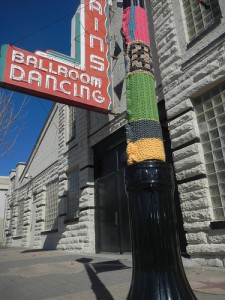 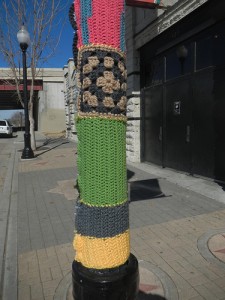 Yarn Bombing is considered a form of Graffiti. I don’t find it offensive at all. I am not sure it will weather well though.

Have you ever seen a Yarn Bomb? This one at Cain’s is my first. 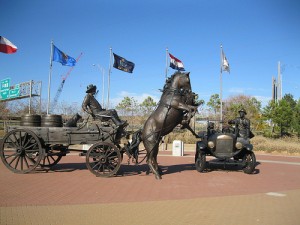 The sculpture done at 135% life size depicts a horsedrawn wagon from the oilfields of west Tulsa encountering an autombile driven by Cyrus Avery. It depicts the transition from the old to the new. 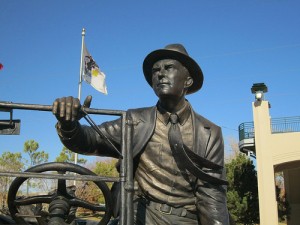 Avery is shown getting out of his car to deal with the situation. 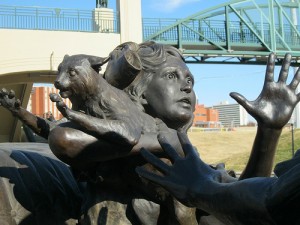 While his daughter tries to hold onto the terrified family cat without getting clawed to shreds. Of course being the good blogger that I am I neglected to get a picture of Avery’s wife. 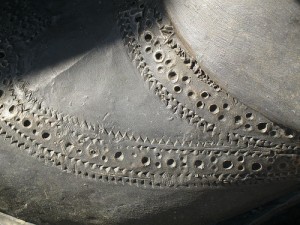 There are numerous details on the piece that show the care that Summers took. This is Avery’s shoe. 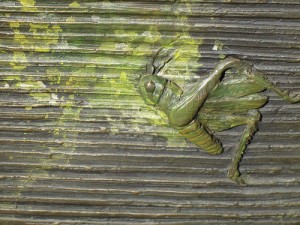 My favorite detail is the dead grasshopper on the grill. 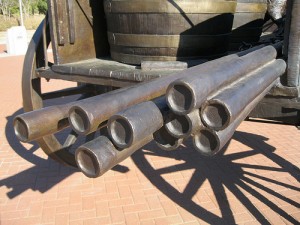 He did a lot of research also. The oilfield tubing in the back of the wagon has special joints called upset tubing. I don’t think your typical artist would know what that is. 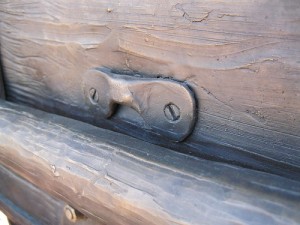 More detailing on the wagon. Notice the wood grain and the screw and fitting. Very impressive. 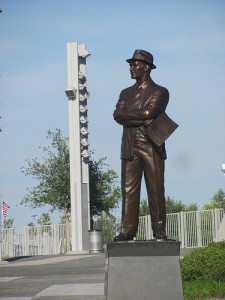 I had never heard of Robert Summers before but it turns out that he has several well known works to his credit. The Dallas Cowboys commissioned him to create the likeness of Tom Landry, pictured above, that is placed just outside Cowboy Stadium in Arlington, Texas.

So if you driving on Route 66 stop and spend some time at Cyrus Avery Plaza and admire the sculpture installation.