There has been lots going on these days. I have not been a very good blogging friend I am sorry to say. 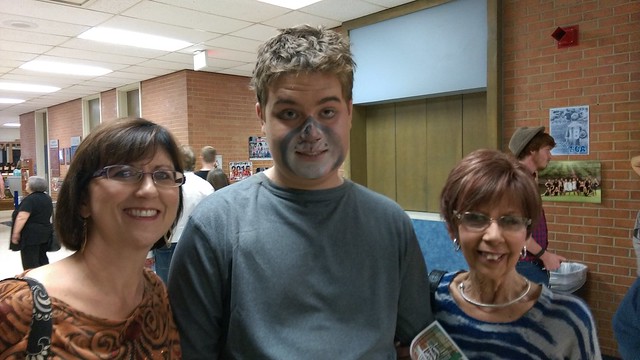 Heather, Logan, and Nana after the play.

Let me see, first up this week, Logan was in a play at school. He plays Baloo the bear in the play “Just so Mr. Kipling” a drama based on Kipling’s characters in The Jungle Book. 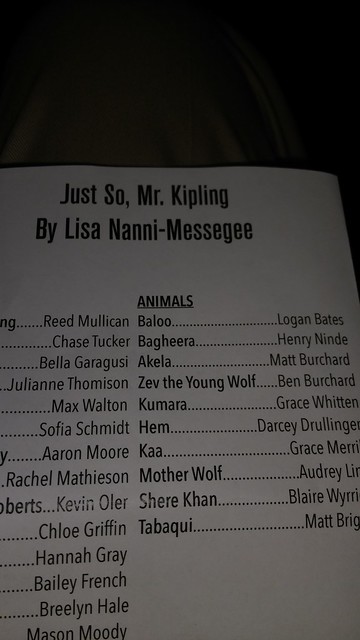 It is a a great role for Logan with his deep booming voice. He makes a great bear. The kids all did great. For a one act play it has  pretty large cast and you can tell the kids and the director really worked hard on it. They competed in a regional competition a couple weeks ago and won first place. So next week the State Championship so we are all loading up and heading down to Mustang, Oklahoma where the competition is being held. 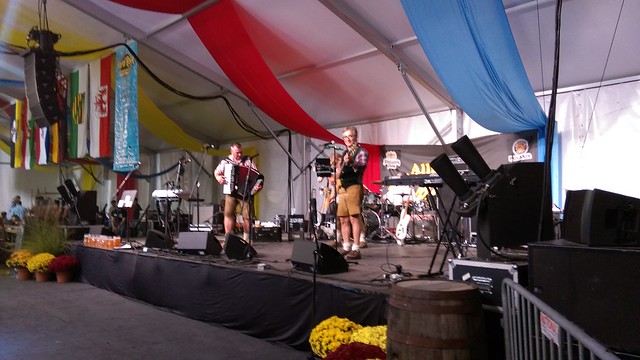 And then Wednesday night was Corporate Night at Tulsa’s Oktoberfest. We took some customers to the event to drink beer, do the chicken dance, and wear funny hats. I didn’t take too many pics. Not good when you are with customers. I did get a pic of our VP of Operations holding two full beer steins. I am not sharing the pic with you guys though. At least not yet. Maybe after I retire, or he retires, or something like that. The beer was great. This is Lagunitas IPA. Yum, yum, is what I say. 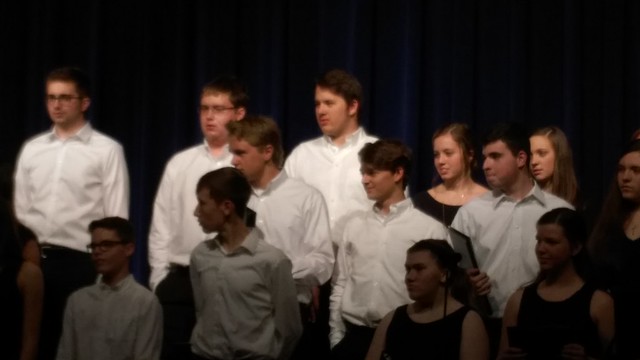 And then Thursday night the choir’s at Logan’s school gave a concert. Everybody from the first graders on up. Again they did a great job. Again, all I got is fuzzy pics from my cell phone. Sorry. 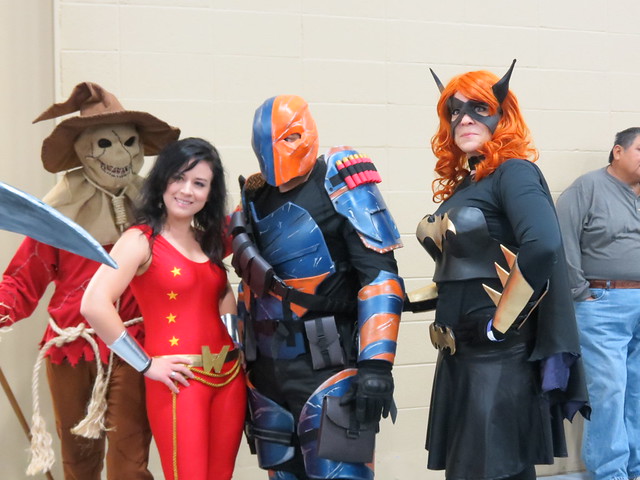 Saturday, Logan and I are heading out to the Wizard World at Tulsa’s Comicon. Fun, fun,fun exploration of the weirder side of our popular culture.. This pic is from last year’s event.

So that is what we have been doing. Kind of bouncing between Culture, Debauchery, Divine Music, and then Popular Culture. I’m really messing the kid up.

What have you been up to?