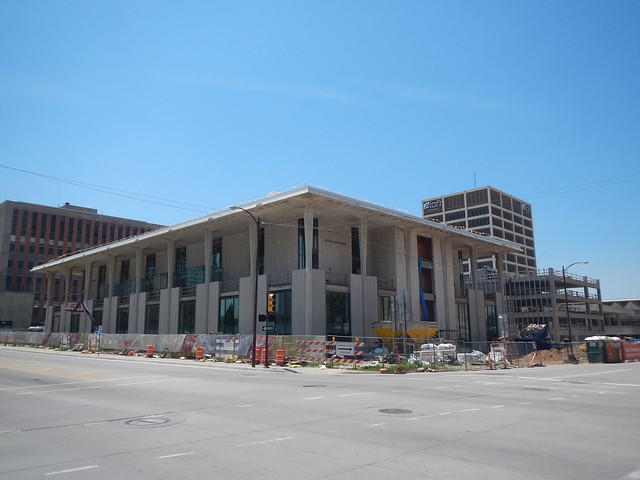 During the Spring and Fall, while the weather is mild I love to run during my noon break. That gives me a chance to read the paper and drink some coffee in the morning before work instead of waking up at 5:15 to run or run on the treadmill. I belong to a gym downtown and take off from there. 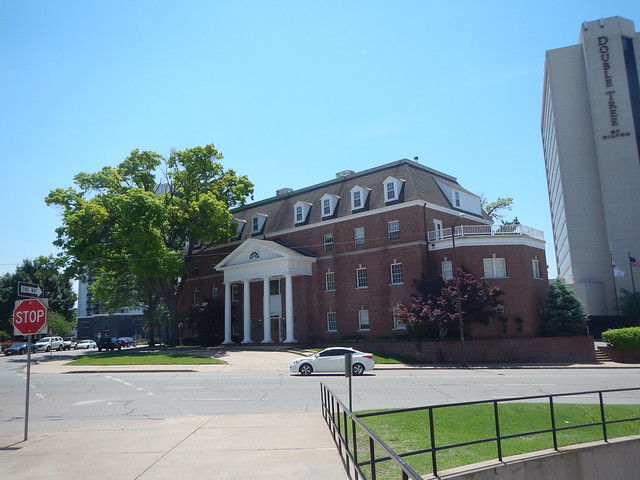 I run from downtown to the river and back downtown so I get to dodge office workers, construction, workers, meth heads, k2 addicts, and homeless guys and gals on my out. Plus I have to run by the Oklahoma State University Medical Center. They have banned smoking on their campus so the doctors, nurses, and others go stand on the sidewalk and pollute the air and throw their butts down on the ground and it has made quite a mess. I’ve been thinking about writing a post about hospitals that do things like that. Saint John’s Hospital’s employees to escape the smoking ban cross a busy street and loiter at my drug store and again leave a mess behind. Meanwhile the hospitals get to brag how healthy they are. Well send a crew over and clean up your employee’s mess fools is what I say! What do you say? 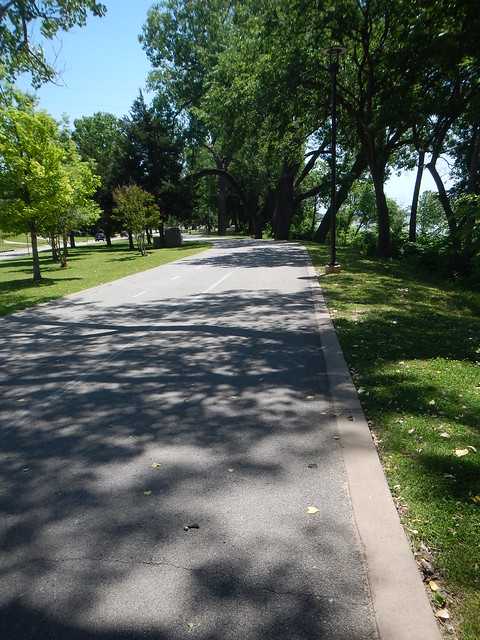 Finally I get down to the river trails and get to run along them for a mile or so of my four mile route. 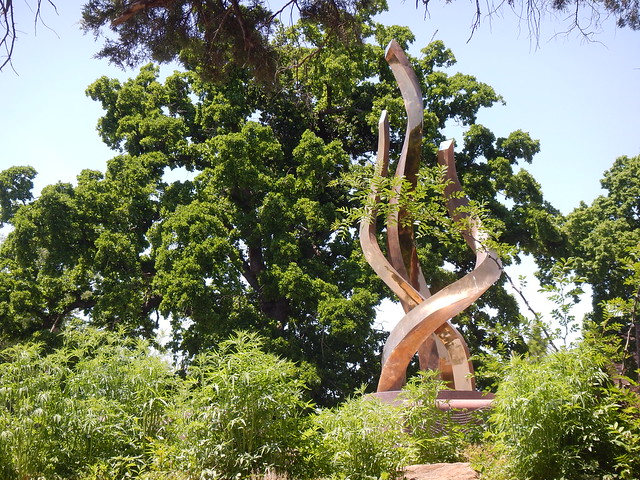 Coming back from river to downtown I go through a pleasant neighborhood that includes the Council Oak Tree memorial. A band of the Creek tribe picked this area on a bluff overlooking the Arkansas River as their council ground in 1836 after the US Government forcibly removed them from their lands in the southeaster USA. The tree in the background, an ancient burr Oak, is reportedly the original tree that they met under. The sculpture in the foreground is called “Morning Prayer” by Creek artist Dan Brook. 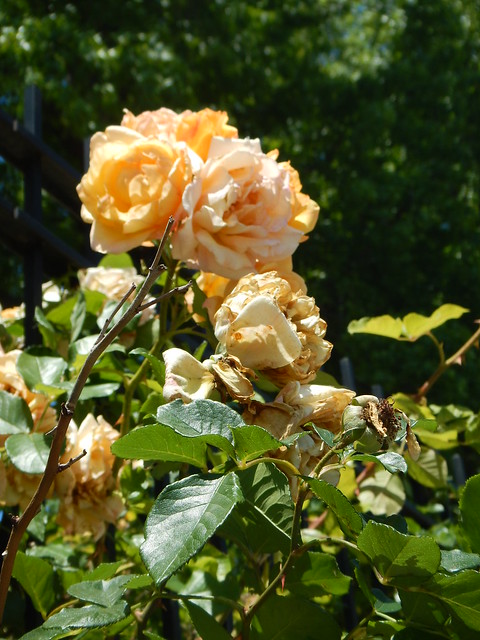 I love to check out the roses in the flower beds of the houses I run by. 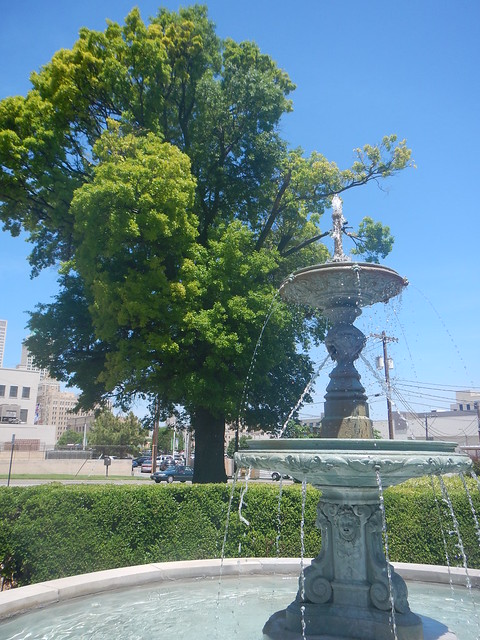 There is a fountain on the way also. No big deal today but I love running by it when it is a 100 degrees outside. ( true confessions, I don’t run outside when it is close to a 100 any more) 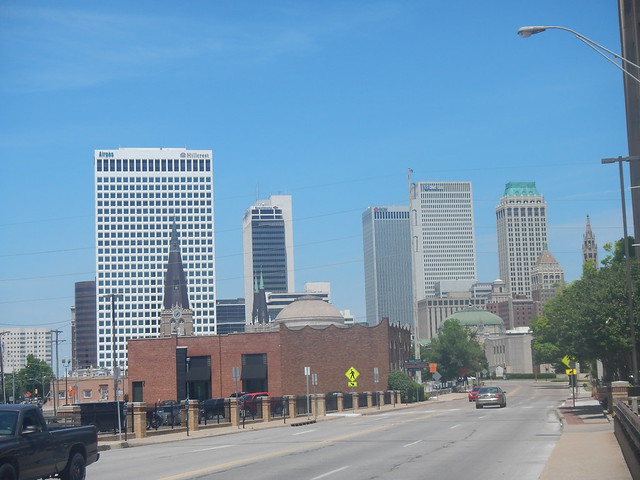 And then on back to the core downtown. My gym is on the 16th floor of the green topped building to the right.

A good time was had by all!!