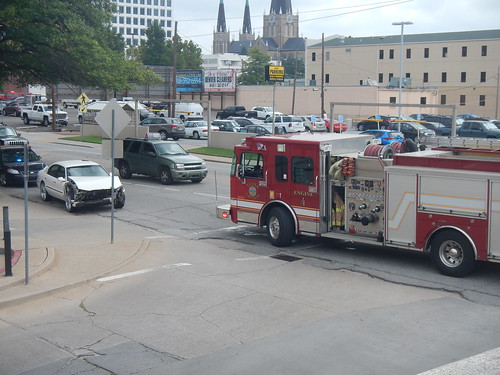 I was taking a noontime stroll Thursday on 7th Street, not too far from the Double Tree Hotel in downtown Tulsa when I heard some yelling behind me. I turned around and I saw this guy, looked to be in his late 20’s or early 30’s running toward me chased my two other guys. They were yelling at me to stop him!! I had no intention of doing any such thing and wouldn’t know how anyways. Then appearing out of nowhere was a police car that passed within a few feet of me, and then stopped. The lead guy running basically run into the car and the policeman was out of car in a flash and told the guy, “Back up!!” And then “Turn around and puts your hands together behind your back!” I was impressed, the cop wasn’t yelling but he definitely had his command voice going really well. I thought he was doing his job in a very professional manner.

This was all happening within five feet of me which I decided was too close so I started walking on and I stopped and turned a couple times to see what was going on and I noticed the cop studying me really hard but I guess that I didn’t look like a criminal or anything so besides the middle level bureaucrat that I am so I just kept walking on, wondering, “What did the guy do?” I had wanted to take some photos of what was going but the cop had his hands full and I didn’t want to be a distraction to his task at hand. 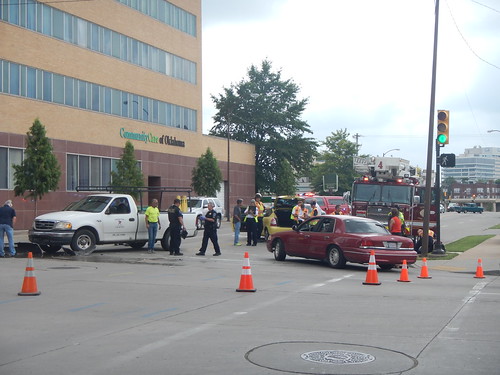 So I walked a block west until 7th street diagonals into 6th street and I saw all sorts of firetrucks, fire rescue trucks, sheriff’s deputies, and policemen right near the county courthouse so I meandered down there and got up on the plaza of the adjacent police headquarters building and asked some ladies who were there also supervising the action what happened. They said a guy in a car ran into a truck and then took off on foot. So I’m guessing that was the dude the policeman caught a few minutes earlier. 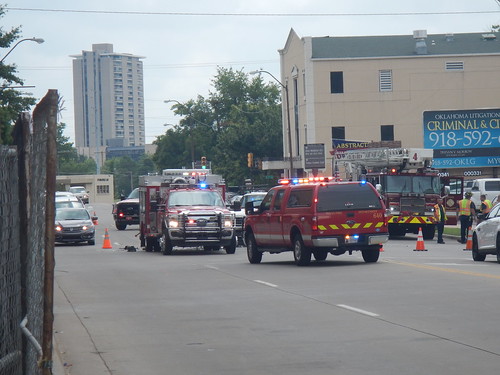 Despite all the emergency vehicles there, I didn’t see any ambulances so I am hoping that nobody was seriously injured. There hasn’t been anything on the news either.

My theory is that the great majority of criminals are just not very smart. It takes a real dummy though to take off on foot from an area with the highest concentration of law enforcement officers in the city.

Anyways that is the most exciting thing that has happened to me all week. What about you?