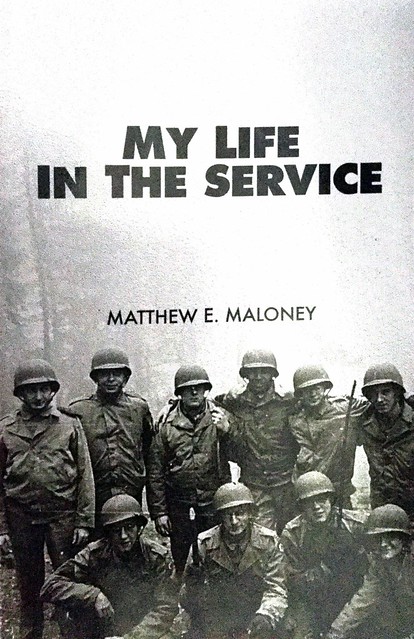 My Life in the Service is the story of my Uncle Matt, a pharmacist from Idaho who served his country in the Army during World War II. He kept a diary during that time and the book is a transcription of his diary. I did some of it, my Dad did the rest and the husband of my cousin in California made it into a book (and I think that he did a great job). I think I first started transcribing the book in middle 1980’s and the book just came out in print just recentlly. 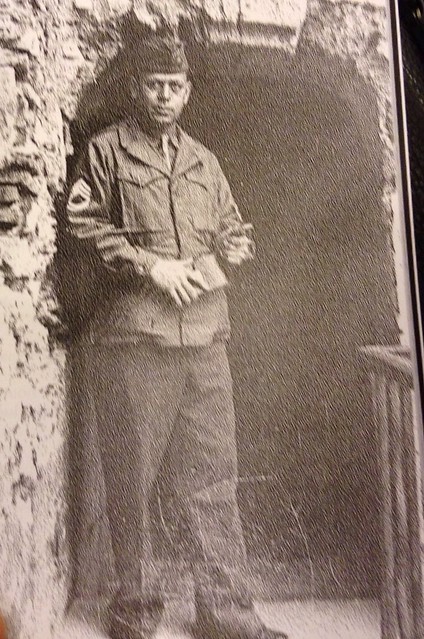 Most of the entries were very brief and reflected a life in the Army of hurry up and wait, endless inspections, the waxing an waning of military discipline. He was a pharmacist, not an infantryman so he dispensed medicine and was always in the rear echelon. Still he sailed on a troop ship (the USS Susan B. Anthony which sunk by a mine in the English Channel during the invasion of Normany – no lives were lost) from New York to Algiers in 1943 and then while on land experienced air raids. (Nowhere in the book does he describe his life being in danger).

He spent time not only in north Africa but Italy and France. He seemed like he had a lot of free time. He and his buddies were always catching rides to go visit cities and see the sites. He tried to climb up Pompei but it was erupting and raining down hot stones on him and he retreated. He visited Naples, Rome, and various cities in France. He ate great dinners, drank a lot of beer, went to dances and the opera.

He took a lot of pictures, many of which are in the book. He took pictures of his buddies, German and Italian prisoners, the Eiffel Tower, cathedrals, mountains, meadows, and anything else that piqued his interest. Film was hard to get in wartime so he used a lot of paper film and developed it himself. His curiosity about the world and his desire to sample as much of it as he could comes through in the book. His diary started when he went in the Army and ended when he got out, a period of July 7, 1942 to September 8,1945.

I remember Matt as one of the world’s great guys. He was a lifelong bachelor and was a partner in a pharmacy in Jackson, Wyoming from the 1940’s to his death in mid 1970’s. If you were a visitor to Jackson during this period you probably went to his store. It was Jackson Drug Company, right on the square in downtown. He lived in an apartment upstairs, right down the hall from the local draft board. Our family visited him quite a bit back then, back before the Jackson became a home for the beautiful people.

The local paper, the Tulsa World, has been featuring once a week or so survivors of the war and telling their stories. It has been a favorite part of the paper for me, reading the stories of these young men and women who entered the war with an attitude that they had a job to do. Uncle Matt’s experience reads similarly. A reflection of a different time in our country when attitudes were different.

2 thoughts on “My Life in the Service by Matthew Maloney”