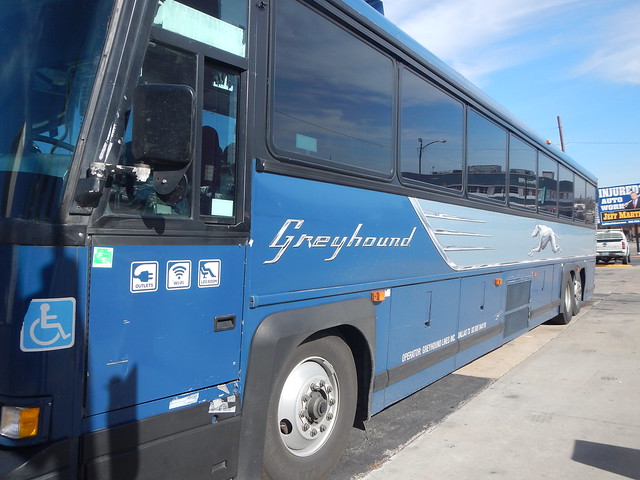 I found a Greyhound bus in downtown Tulsa last week at the bus station. Nobody any it but it looked ready to go. It is fully up to date it looks like with handicapped access, power, wifi,and reclining seats. Other than that, I am not sure that buses have changed much over the years. I would bet that of the features listed, only the reclining seats worked. I have never rode in too many buses but a lot of stuff didn’t work. Stuff like the restroom, the air conditioning, or even the bus itself. Anybody else spend some time on the side of a road in a broke down bus?? 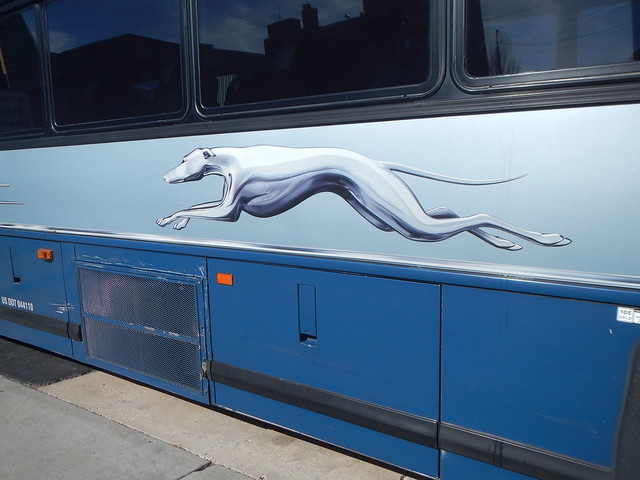 My longest bus trip was from Albuquerque to Mexico City in 1971 as part of a High School trip. I don’t think we rode Greyhound but it was a long ways. The crow flies distance is 1172 miles. I’d add a couple hundred at least for the roads. I don’t remember much about it except it was fun. We got broke down a couple times. I wish I had a decent camera back then. I remember the small towns were pretty cool. Mexico City was great.  The highlight was the pyramids at Teotihucan. They were spectacular. 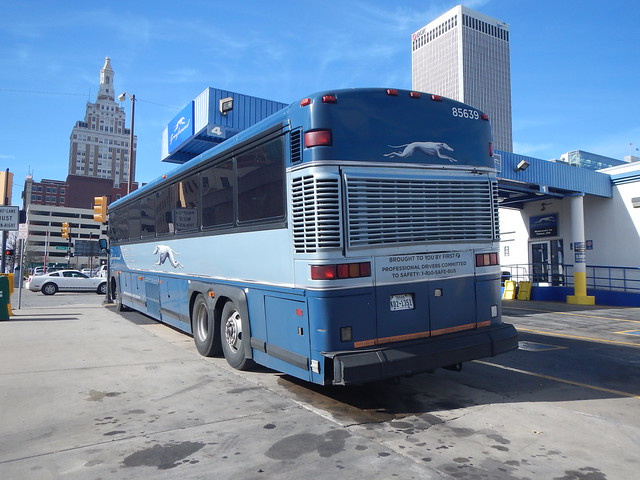 So who rides the bus lines these days? I guess people who have a lot of time and not much money. To visit my Dad in Idaho would take two days and 23 hours but cost only about $200 one way or less than half what it cost to fly and be there in 6 hours, including layovers. I think it would be a miserable journey though.

I got on good ole youtube to look at old bus commercials. Back in the 60’s they showed people dressed up in suits and ties and nice dresses to travel on the bus. Kind of like flying used to be.

Things have sure changed.

3 thoughts on “Greyhound Bus Lines – “Leave the Driving to Us””