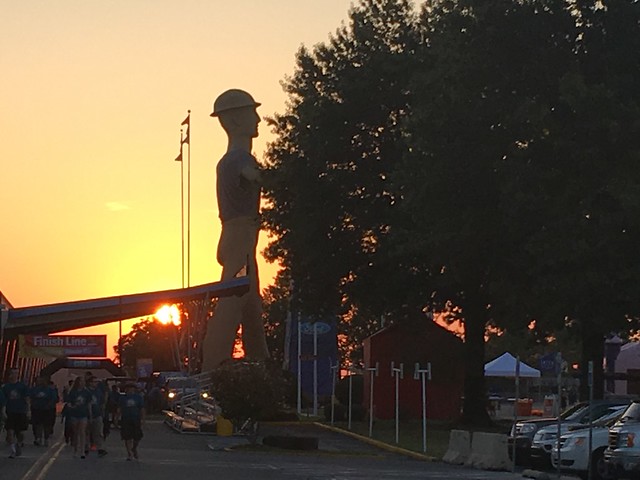 So I ventured out to the Fairgrounds early to pick up my packet and all that. 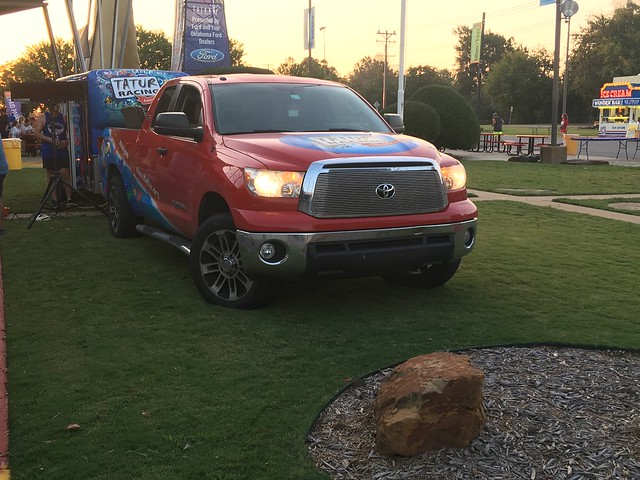 I noticed that TATUR Racing was timing the race. Now there are lots of good timing outfits out there, but TATUR is the best as far as I am concerned. Brian Hoover and his crew always do a great job and go above and beyond in order to make sure that the races are great. They not only time races they produce events also. 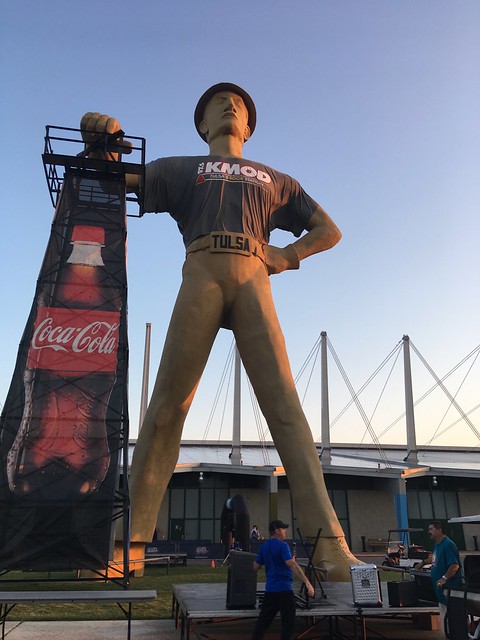 Waiting for the race to start I checked out the Golden Driller. Tulsa has the Driller and the gigantic praying hands (some say healing hands) at Oral Roberts University. Maybe somebody should have a Praying Hands 5K? The ORU campus is big enough and hilly enough that there could be an interesting course. 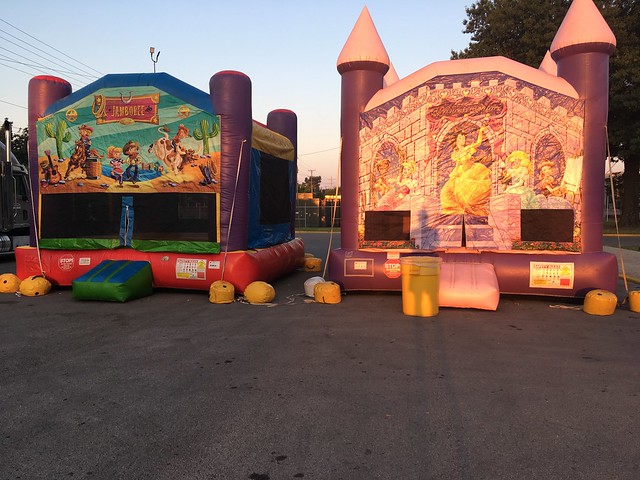 I looked at the bounce houses they had set up and wondered what the heck. Boys on left, girls on right? Any boy went to the prince house is smart. That is where all the girls are going to be. You have to think outside the box is my motto. 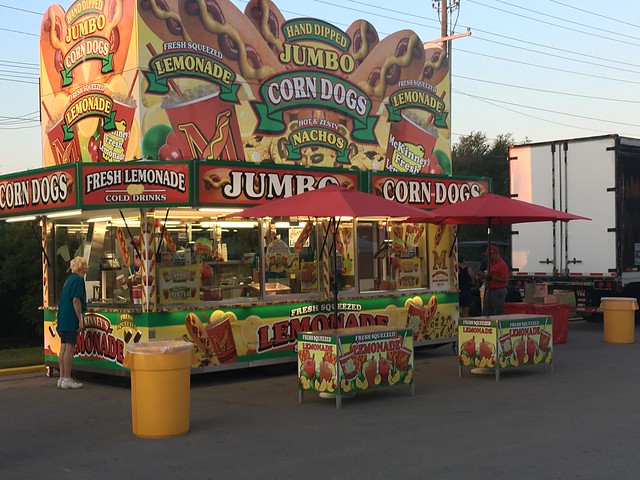 And of course being a corndog race they had a corndog stand. I love the visuals of fair food but don’t like the food. Except of course corndogs. I have one per year. This year I am having two, one at this race, and one at the fair.

So anyways they got everybody together at the start line and gave the instructions and we sang the national anthem. Nobody took a knee, and then the gun sounded and off we went.

As advertised we looped around the fairgrounds and at some point we had the apple dumpling served to us, and then the mimosa’s (above photo) and finally the mini version of chicken and waffle. I could handle all of it but it was kind of hot and humid and I was huffing and puffing and I had to work at getting the chicken and waffle down, but I did it. It was toward the end and the course along with the heat and humidity had pretty much kicked my butt.

And I finished, vertically, with dignity. I finished fourth out of six in my age group. 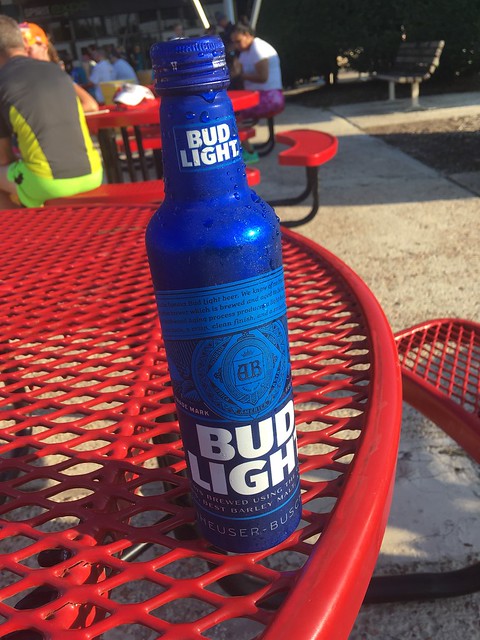 I was kind of doubtful that they could put a 5K race at the fairgrounds but what do I know!! They did it, and it was fun and challenging. 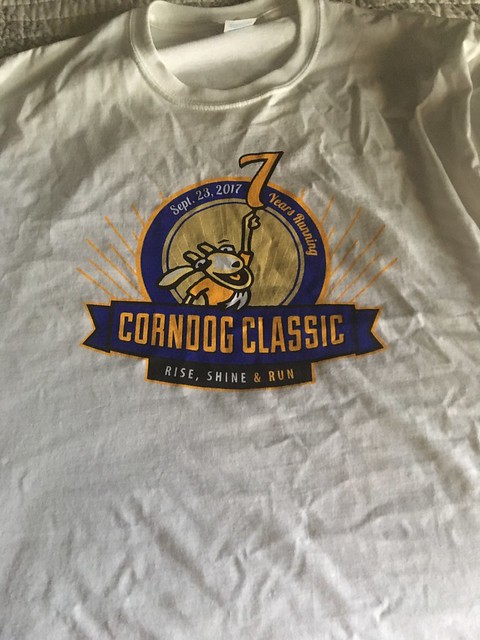 And a nice t shirt. It wasn’t this wrinkled when they gave it to me. I forgot to take a picture of it yesterday so today I dug it out of the laundry and took a photo of it. Full disclosure is my middle name!! Me and Donald Trump Junior are alike that way.

So I give the race 5 stars out of five. Great course, great timing, fun, entertainment, well organized, lots of volunteers, food, beverages, and a shirt. Check, check, check, check, check, check, and check. I think everybody had a great time. Plus did I tell you that we all got a free ticket to the State Fair that is happening later this month. Yep, we did.

Thank you to the organizers who put on the race, the volunteers who worked like dogs behind the scenes to make sure everything was perfect, and the army of volunteers who showed up the day of the race to hand out the food and drink, and water on the course and cheer everybody on, and kudos to the runners who showed up. The proceeds from the race are going to the Tulsa Area United Way and Food for Kids. Also, thank you to the sponsors of the race. A lot of work by a lot of people go into these races and I appreciate them all.

I’ll be back again next year!!