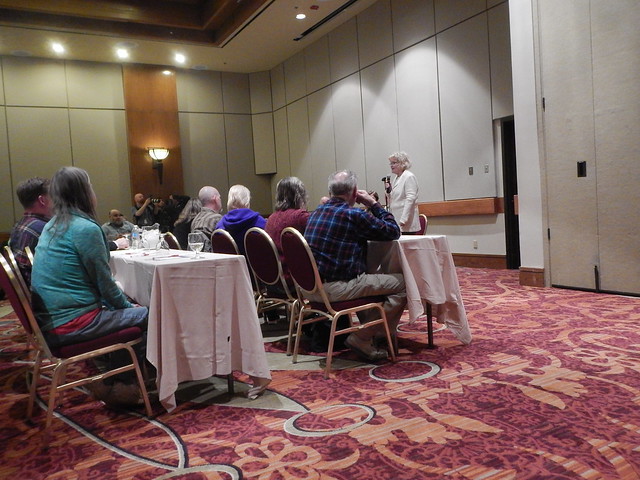 Tuesday night I went to a public meeting regarding Simon Group’s plans to put an outlet mall on Turkey Mountain. It was hosted by the City Councilor from the area, Jeannie Cue a very energetic and impressive woman. She made sure everybody who wanted to say something got to say it. There were other people there from the city including some planning staffers and Clay Bird of Tulsa’s office of Economic Development. 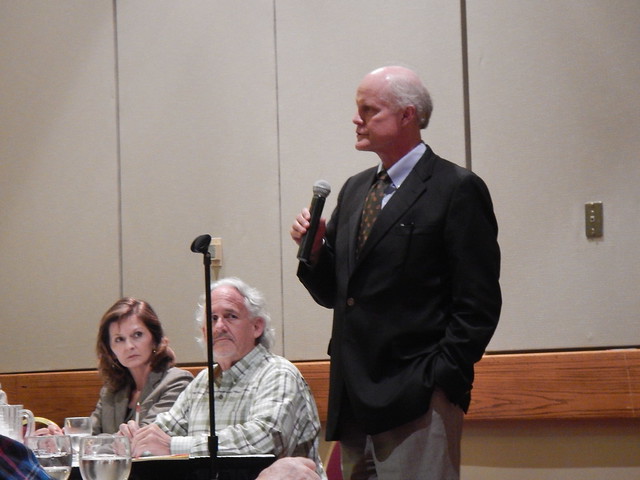 The bravest guy there was a local attorney representing Simon. He was hedging his bets a little bit speaking of Simon in the third person. 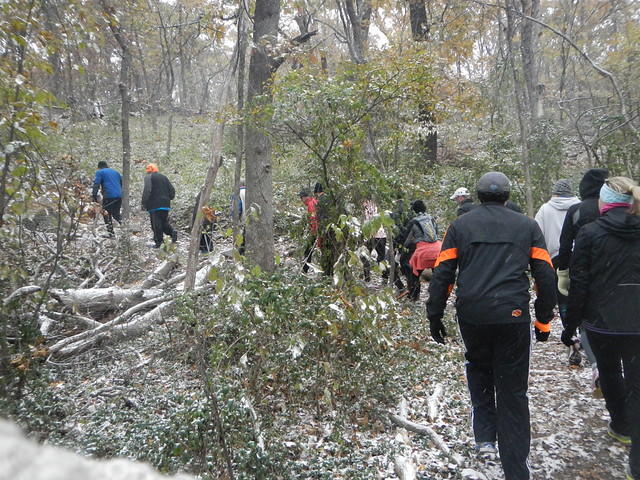 The city wants more businesses especially retail. The development guy, Clay Bird, said that Tulsa gets all its income from sales taxes.  So retail is something that they target. I get that.  I think most people get it, they just don’t want a mall on Turkey Mountain. Bird didn’t seem to grasp why. He kept saying things about it would only take up a little bit of the mountain and surely we could co-exist with the mall. That wasn’t really well received. 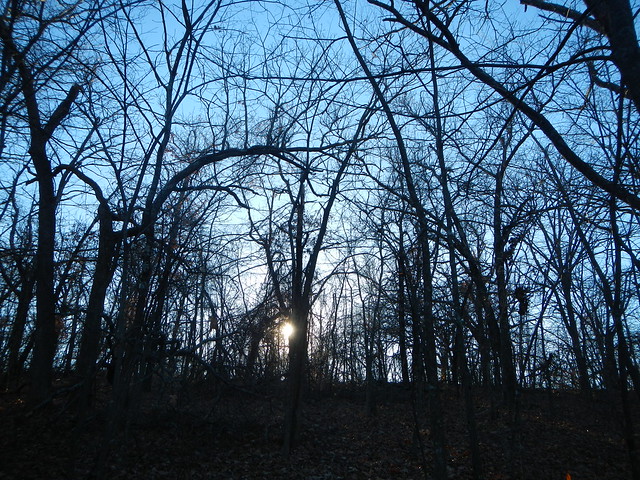 He lost the crowd though when he tossed out an idea that a parking garage could be built on the mountain to accommodate both mall shoppers and park users. People couldn’t believe it and let him have it. He recovered quickly with a quip about maybe putting a climbing wall on the side of the garage. He’s a good guy but he doesn’t get the concept of wilderness. Hiking, biking, or running on Turkey Mountain is not like doing the same in a public park. One needs the sense of space and remoteness and isolation. 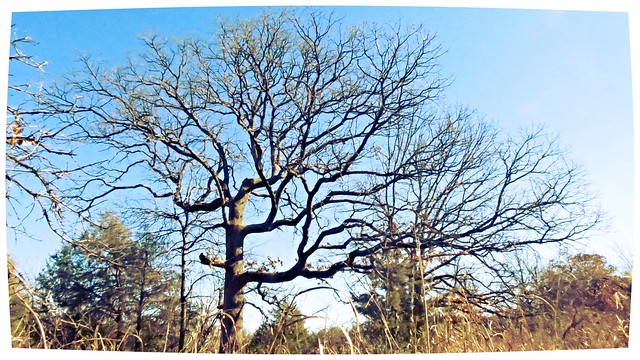 During the Q&A it quickly became apparent that the overwhelming majority of people were okay with malls just not on the mountain. One comment that brought cheers was “It is the right project in the wrong place.” There was a lot of emotion against the mall. One guy spoke up for it pointing out that it is private property and he thought this was America. He got a smattering of applause. 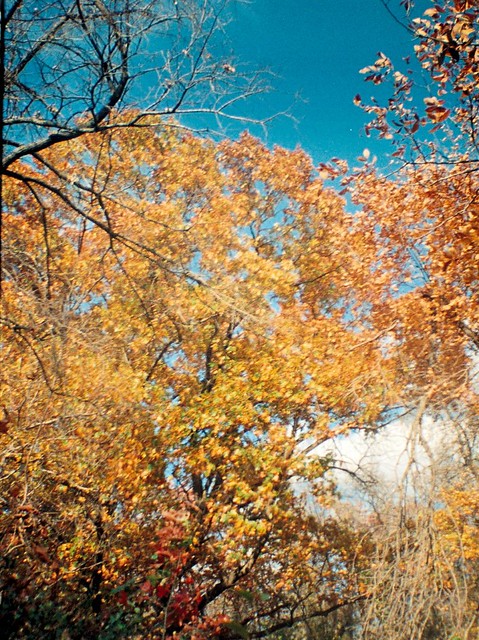 And that brings up the whole problem. We may be able to get Simon to go away but the property is still private and it is zoned for development. As one questioner commented, we better be ready to buy the property if the mall fails. Amen. Anyone can see why Simon is interested in the property. It is near the confluence of two major highways  in a hot area of town.

A spokesman for the Greater Tulsa YMCA read a Statement from the their Board of Directors stating their opposition unless Simon makes some concessions. They are asking about assurances on storm water management, water quality, setbacks, and maximum allowed building height. The proposed mall, as it is designed will loom over the YMCA’s Westside Y Day Camp unless changes like these are made.

It is kind of hard seeing how this can proceed. Through the efforts of such groups as the Urban Wilderness Coalition it seems that the profile of Turkey Mountain as something good is being raised. I can tell you that the park is being used considerably more than what it was even last year. I’m seeing lots of families out and about in the park.

Personally I think Simon Property Group should abandon their project. And then it will be up to people of Tulsa to acquire the property at a fair price.

And Channel 5 was there

Tulsa World report on the meeting 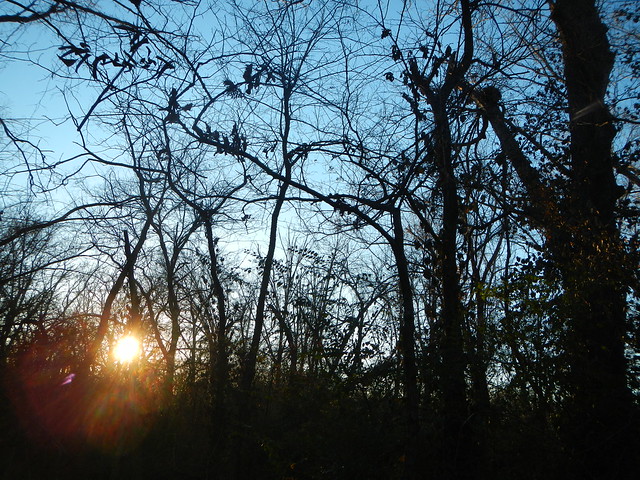 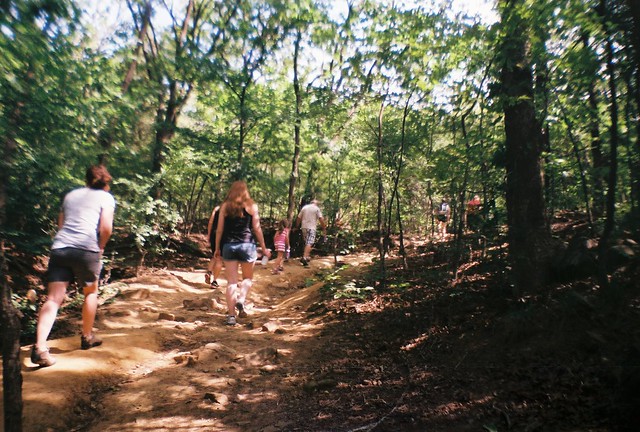 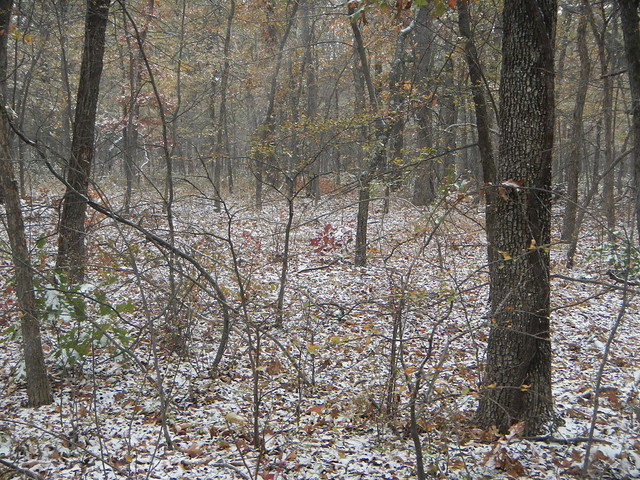 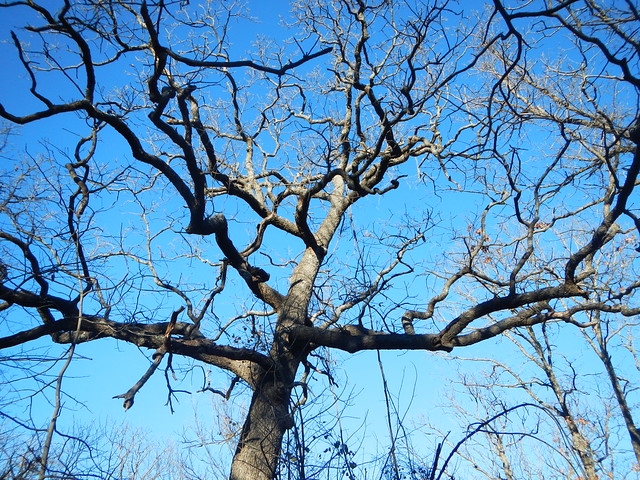 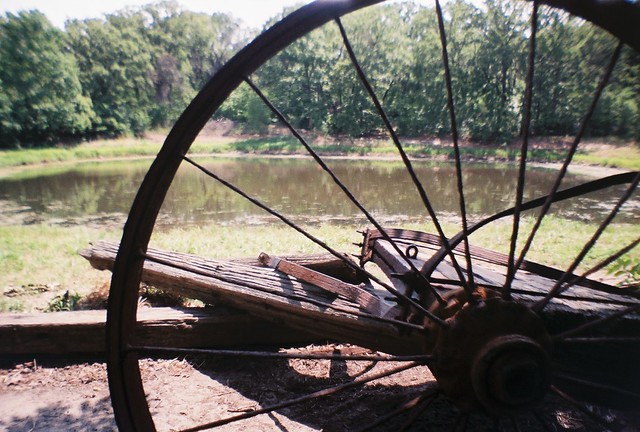 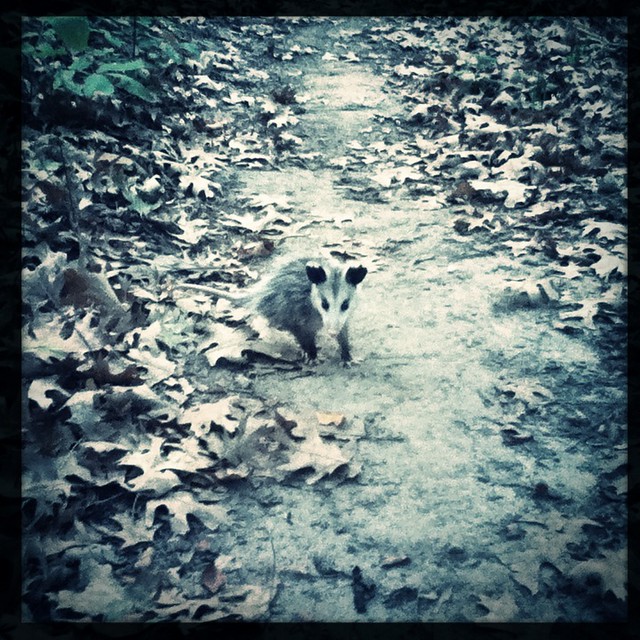 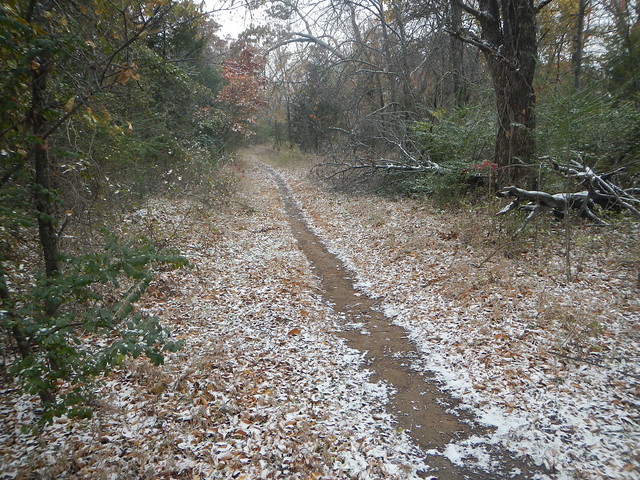 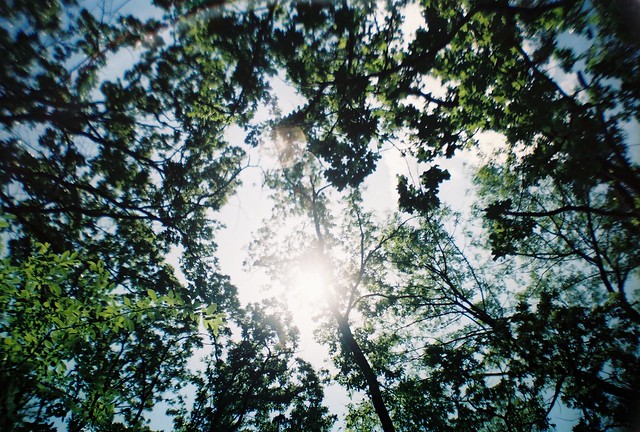 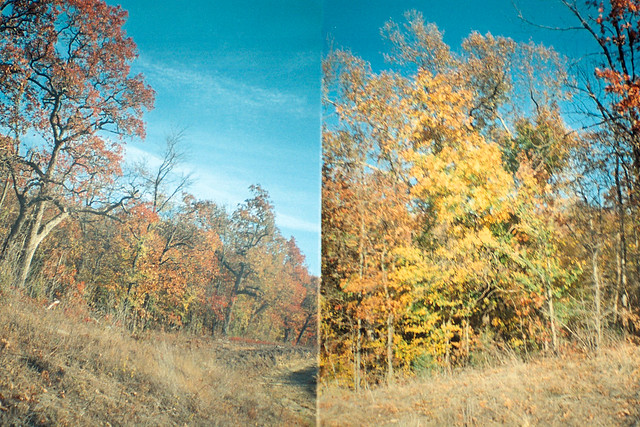 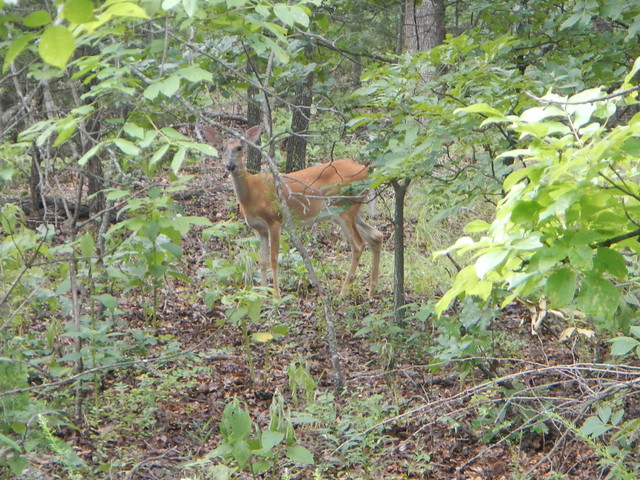 There is big news here in Tulsa, Simon Property Group wants to build an “Upscale Outlet Mall” here. That is just great. We need economic development and jobs and investment and all that good stuff. I just have one problem with the concept. 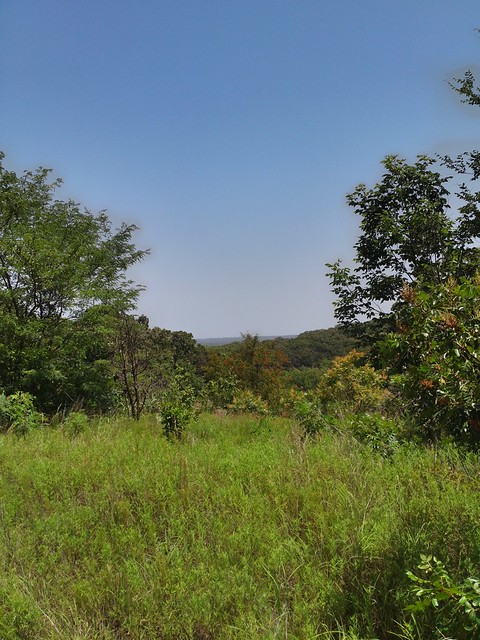 They want to build it on Turkey Mountain right near the Turkey Mountain Wilderness Park. The outlet mall is going to be huge, covering 53 acres. Simon Properties Woodland Hills Mall is a little over 60 acres. As near as I can tell the spot where I took the photo above would be inside the outlet mall. 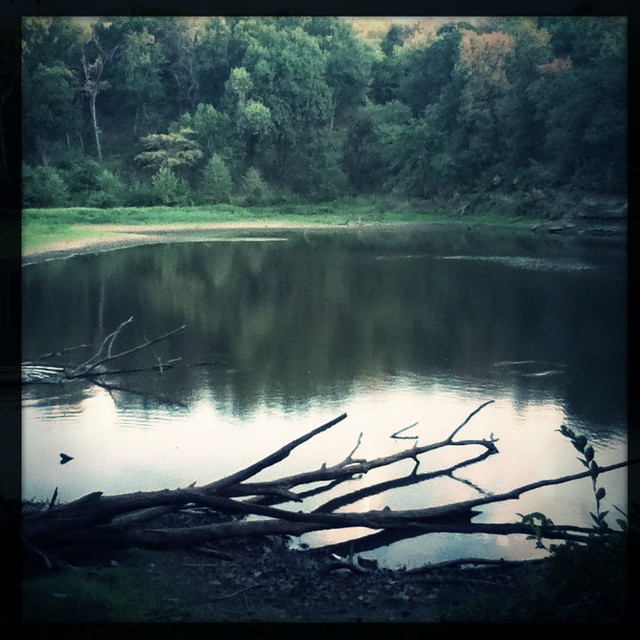 It is going to ruin a lot of things about Turkey Mountain. The one place in Tulsa where one can get away from it all. 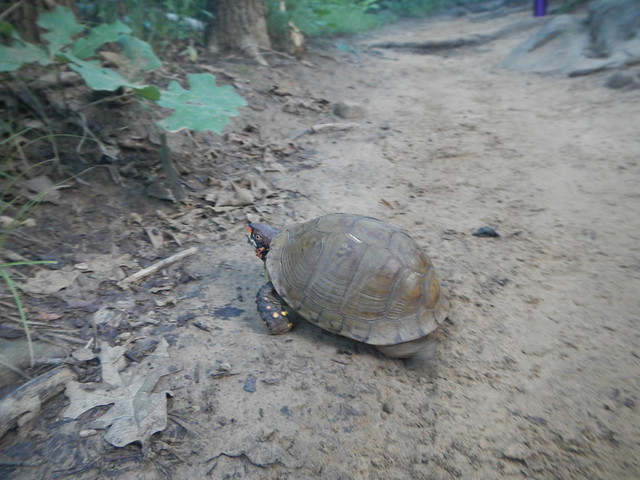 Turkey Mountain is home to a lot of critters, Everything from snakes, turtles, and deer to… 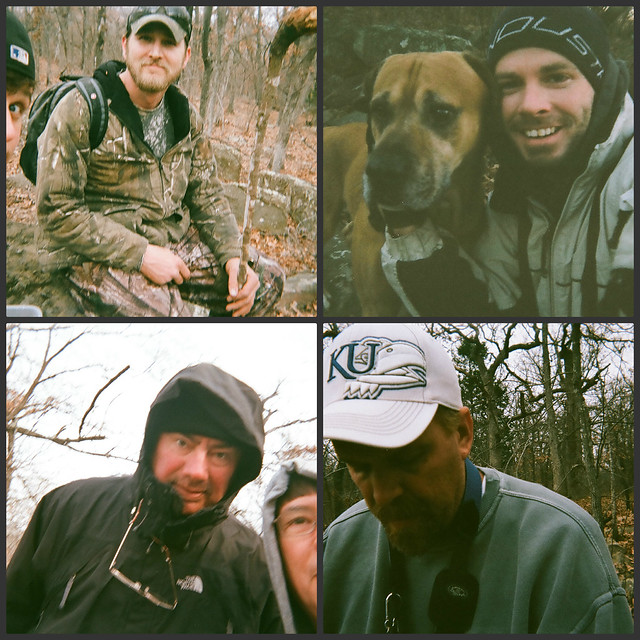 This is the wrong place to build an outlet mall. There are other places in the city where it wouldn’t have such a drastic effect. 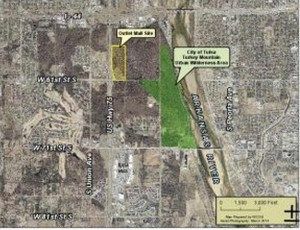 I know that it is private property and I’m all for property rights as anyone else but not when it has such a drastic effect on the adjoining property. Plus it is anticipated that Simon Properties will be demanding subsidies and special tax treatment to make their project feasible. (Why is it that giving money to starving people is welfare and giving money to multi-billion dollar companies is incentives?) I don’t know about you but I’m not really wanting to provide incentives to somebody to destroy a wilderness and pave it over. 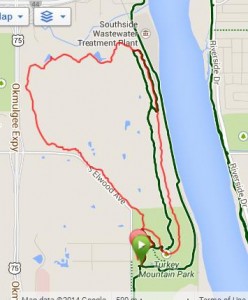 So, I will be writing to the Mayor and writing and talking to my City Councilor and contacting Simon Properties Group to see if they can make a wiser decision on locating their new Outlet Mall.

I am saying No to the Turkey Mountain site. Build in Tulsa if you wish, but do it somewhere else.

What about you? Have you ever fought City Hall on anything?