My father was in the Forest Service and early in his career he fought a lot of fires. He was never a smoke jumper though. He rode in a truck and then hoofed it to the fire. Later on, on big fires he stayed behind the lines in various capacities. During dry summers he would be gone almost the whole time to Idaho, Montana, California and then show up one day unannounced and exhausted.

National Geographic Online has a superb article about Alaskan Smokejumpers along with some great photos. Hit the link to check it out.

We had a few family friends who were smokejumpers early in their career. And it turns out that I had friend in high school who became one. His career in the Forest Service overlapped my fathers and he told me on facebook a lot of nice things about my Dad that I had never heard before. Dad was never one to talk about himself much. So, facebook is good for things besides political arguments and cat videos!!

I’ve seen a few big forest fires from afar. I have never seen anything else as terrifyingly awesome even from miles away as a big fire with a huge column of smoke over it. I never felt a need to go fight them!! I respect those who did though.

The family went to see “Only the Brave – The Story of the Granite Mountain Hot Shots” last weekend. It is a great movie about a group of 19 elite firefighters who died fighting a fire in the Weaver Mountains near Yarnell, Arizona in 2013. It was a shocking loss by any measure but especially because these were guys who were trained to avoid such disasters. I mean the movie was great but it was based on a true event and to me that kind of overshadows everything.

Below is one of the eeriest videos I have ever seen. It includes some footage shot by the guys who died soon afterward.

There is a lot of commentary and articles speculating about what happened. Just google it and you can find plenty of articles with all sorts of speculation about how these guys ended up in such a terrible situation. It is all overwhelming especially since nobody knows for sure.

There is now an Arizona State Memorial for the hotshots. It is definitely on my bucket list. Check the link. It has brief profiles of each of the guys who died. It is heartbreaking, these guys were in the prime of their lives.

How much of the movie is true? A lot of apparently on the stuff that matters. The USA Today has a great article on that. 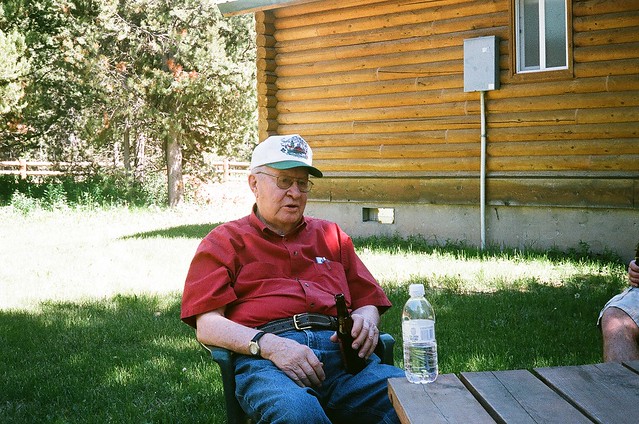 One of my favorite shots of Dad.

I had a very personal interest in the movie. My father, who passed away in August, worked in the Forest Service and although he wasn’t a hot shot, or spent much time on the front lines, he fought forest fires for years. When I was a kid, during a dry summer he’d be gone almost the whole season, Idaho, Montana, California, Nevada, Arizona. We didn’t hear anything from him, and then he would show up one day covered in dirt and soot, smelly, and exhausted. Afterwards he would have to be very careful around my mother to give the impression that he didn’t like the work. 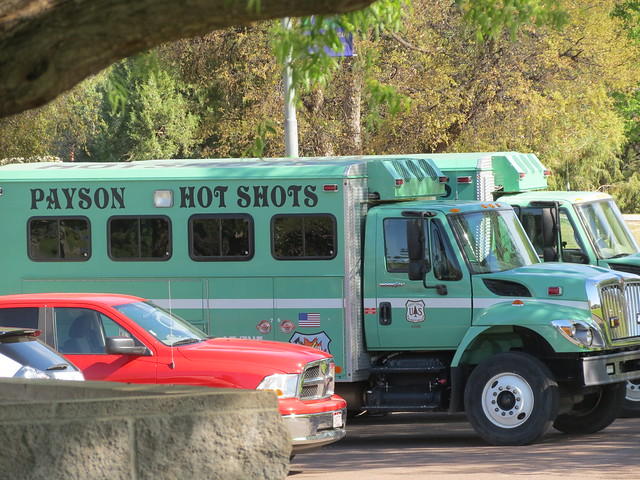 When I was a kid, the hotshots, the smoke jumpers, and helitack crews were hard as nails men doing back breaking labor. The hotshots rode in trucks to as close to the fire as they could and then humped across country with their equipment, food, shelter, and water on their back to the fire. The theory was that you get these guys on a fire fast to keep the fire from getting bigger. They were expected to handle anything that came up. I remember my mother talking of the hotshots as being a rough bunch. 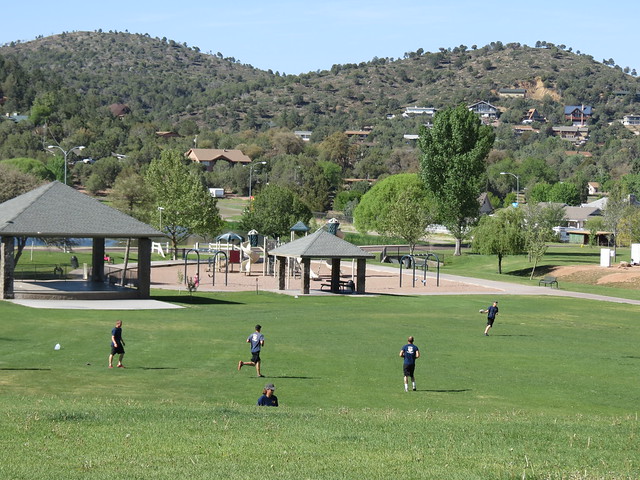 So nowadays, they have a little bit of glamor to them and have really nice vehicles to ride instead of the backs of trucks that I remember but the work itself is just as hard if not harder. After a half century or more of fire extreme suppression, and perhaps global warming, the fuel to burn is more than ever and the weather conditions hotter and drier than ever and so the work may be  difficult and dangerous than their predecessors had it. 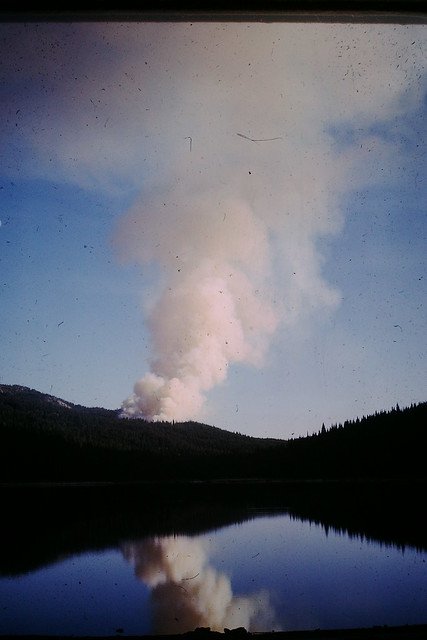 I have only seen a few fires and they have been from a distance and they definitely puckered me up although I was miles from them. 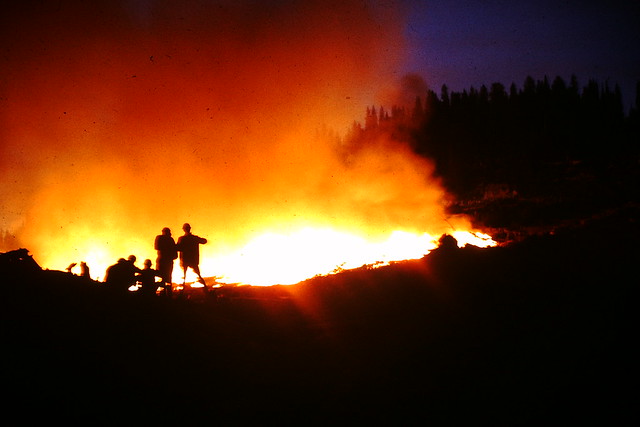 Forest Fire in Idaho under control, photo by my Dad.

I can only imagine what being  next to one would be like. It is hard to figure out what my Dad went through. He tended to downplay everything to no big deal and my mom’s Irish tended to embellish things perhaps a bit much. She was part of the Forest Service wives club that was pretty close knit so she could find out about stuff that dad didn’t like to talk about. She said she heard one time he drove a truck through a fire to get a guy that had been stranded behind the lines and that the paint had got burned off the truck in process. Dad said nonsense, he got the guy sure, but there was no danger, and no paint was burned. And it wasn’t just Dad. In the small towns we lived in, the Forest Service guys were the dads who took the Boy Scouts camping and led all sorts of other things. They were community minded men, and so were their wives. It was very close knit. Whenever dad got transferred somewhere we generally knew people where we were going. 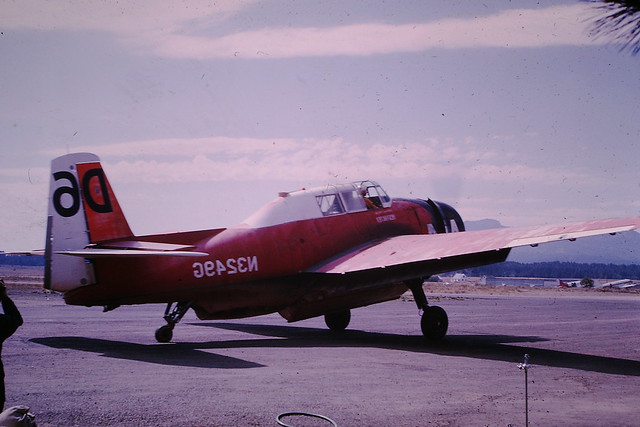 So anyway, it is a great movie. I think it accurately shows how brave these guys were. And like I said, I have never been anywhere close to a fire but I think it shows accurately what being near a fire is like and how backbreaking building a fire line and clearing brush is. So as you can probably guess, I strongly recommend this movie.