Today at noon I went for a little stroll in downtown Tulsa over to the Arvest Winterfest area. I guess that might be the city Christmas tree except you know we can’t have city owned Christmas trees.

They put up a temporary ice rink and have food trucks and hot chocolate. At night. Nobody was around at noon.

They even have a Zamboni to smooth out the ice.

And a full moon, almost 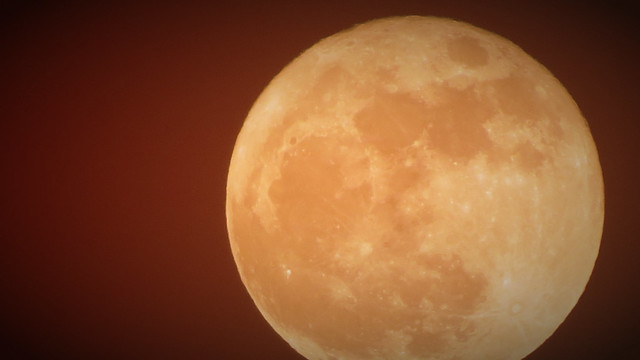 The Cold Moon from earlier this month amped up a little bit with a Flickr filter. I love seeing and taking shots of the moon. Some filters are more than a distraction, this one actually makes the moon look a little three dimensional. 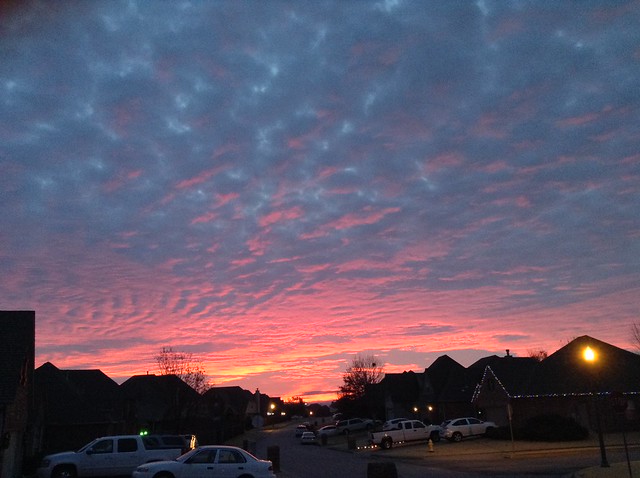 This is a file photo from a few years ago taken off my front yard at the sunset. I love a little color in the sky. This kind of color is short lived. I have found out that one has to act in a a minute or so or it all turns to gray. 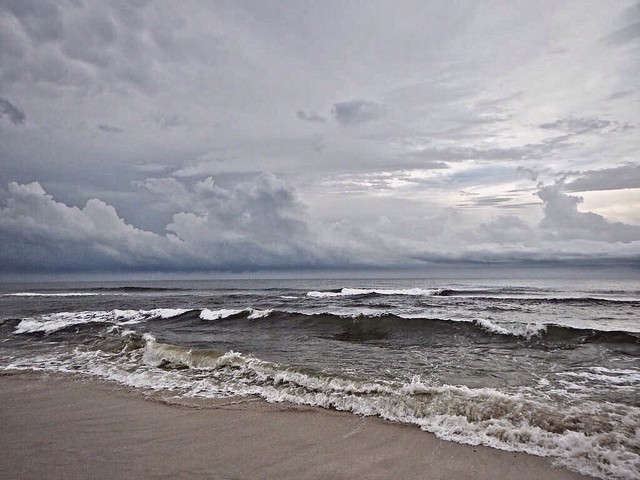 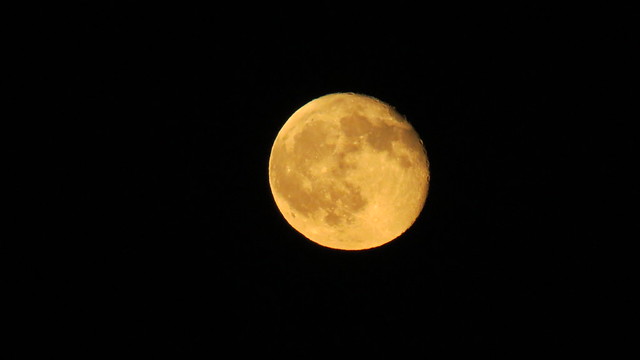 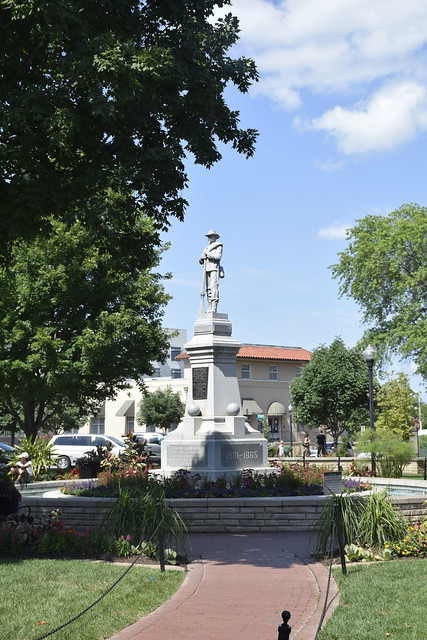 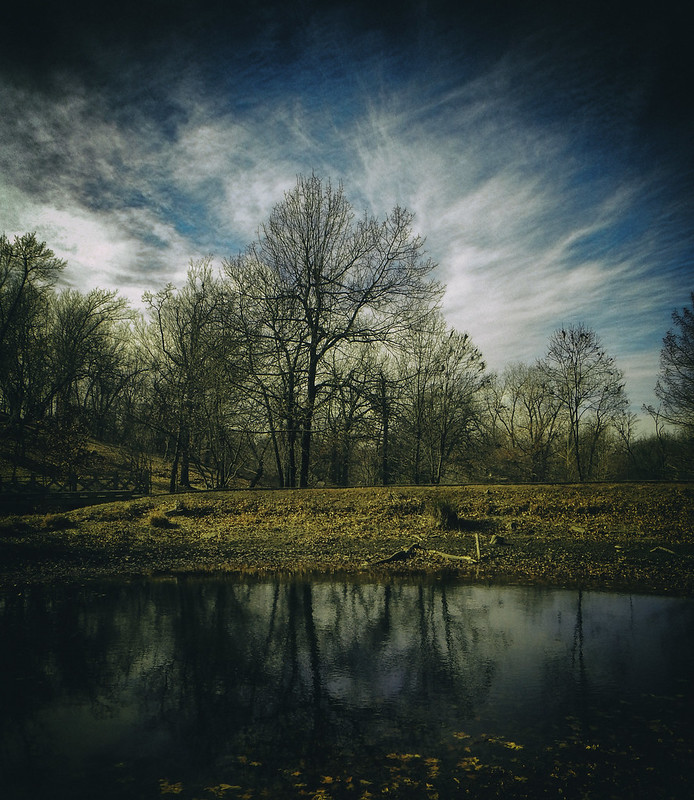 I got away from work for a little while Tuesday at noon and drove to nearby Gilcrease Museum. I didn’t go into the museum but I went for a walk on the adjacent city park, Stuart Park. There was a sign there to be on the lookout for a bobcat and to report sightings. So that kind of perked my interest. I didn’t see any bobcats but I did take a few photos. It was very warm, almost 70. This is after being 4F on Saturday morning. Now we are supposed to have an ice storm on Saturday. Oh well, this winter if you don’t like the weather just wait a little bit and it will change. 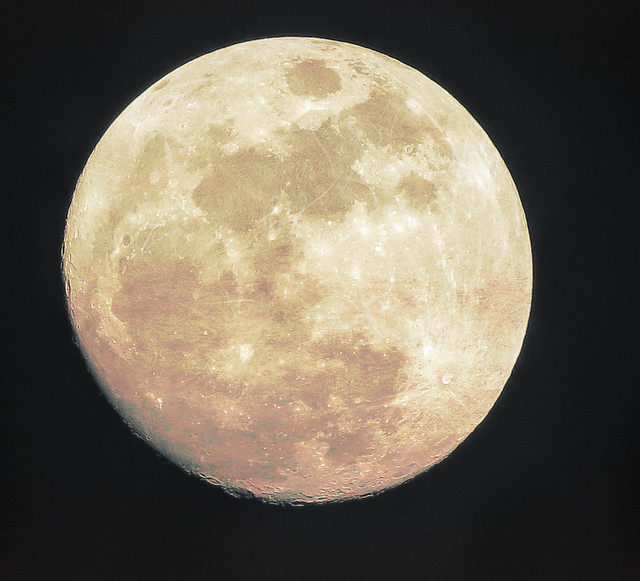 And then last night when I got home I noticed the moon was almost full so I got my trusty camera out and took a shot. It is the Full Wolf Moon, or almost full I guess. I love taking shots of the moon. I have dozens of them. I don’t know why, it doesn’t really change does it. I imagine I’ll be taking lots more as time passes.

I’m linking this post with Skywatch Friday. Come join us. A new link starts Saturday at 2:30PM Central Time (US). 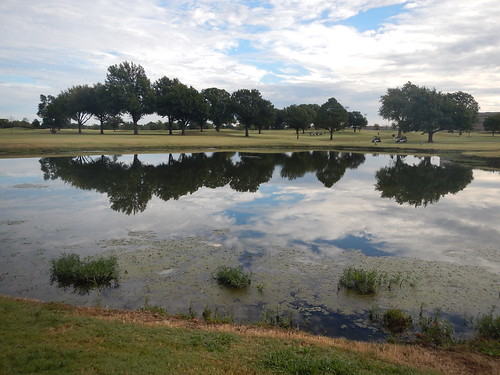 My favorite go to 3 mile walking/running loop is Lafortune Park just a few miles from the house. The trail goes around a golf course, tennis courts, and a playground, and by a several ponds so there almost always moments to rest a little bit and snap a pic or two. I’m always wanting to yell “You the Man!” or “In the Hole!!” at the golfers but never have, probably never will. I used to work with a guy who when we played golf with the CEO of our employer would say, when the CEO hit the ball, “Oh my gosh, look at the ball go!!” He even said it when I hit it, or whiffed it as mostly the case. I always thought it was funny. 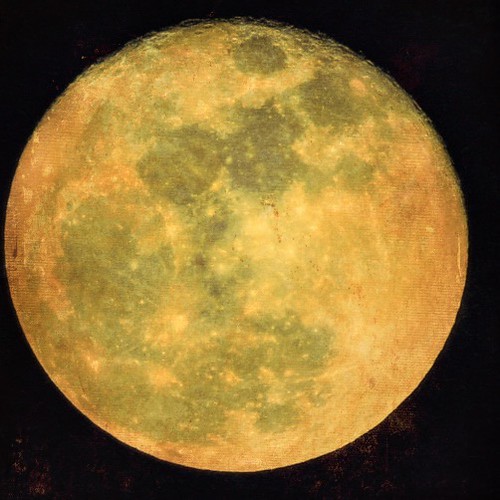 We were celebrating my wife’s birthday yesterday and when we got home I noticed that we had a full moon. So I dug out my trust Canon SX40 Superzoom and took a few pics of the moon. I an one of them through Topaz Textures and then uploaded onto my Ipod Touch and used DistressedFX to further process the image to bring out the features of the moon.  This moon doesn’t have a cool name like some of the other moons. It is called the Long Night Moon.