Matthew McConaughey is one cool guy in my opinion. At least he is in the the roles he plays in movies. Kind of a smart alecky, engaging, bright, laid back guy who somehow always gets what he wants and somehow you don’t mind. He’s wrote a memoir and maybe he is that kind of guy.

He talks about the difference between liars and bullshitters. Liars just lie, Bullshitters also tell untruth but you know they are lying and they know that you know, so shame on you if you believe them. And then he says he is a bullshitter.

So I don’t know what is truth and what is bullshit but he spins some great yarns and I think many of them might be true. His dad was in the oilfield supply business in west Texas and then in the late 70’s in east Texas. So I was in east Texas about 30 miles away. I knew a bunch of guys like him. Texas and Oklahoma has always been full of big hearted, generous spirited, hard working guys who loved to have a good time and breaking the rules while loving their mothers and fearing their fathers. That is Matthew. His stories of growing up ring very true to me.

He lived life large and worked hard. He went to the University of Texas and found himself in the almost hippieville there. He started out wanting to be an attorney and then decided he wanted to make films and his Dad gave him his blessing.

My favorite quote from the book is: “I have a lot of proof that the world is a conspiracy to make me happy.” I have to confess, that I believe the same things about me. I have lived a charmed life. Sure I have had a lot of bad things happen to me and the people I love that have made me feel really bad but somehow I stay pretty happy almost all the time. Generally things go my way, not that I could be considered a big success or anything.

Anyway, this book is like his movies. A smooth easy read. Much of it might be true. I recommend Greenlights very highly.

I just got through reading Bolton’s memoirs of his brief time in the Trump Administrator as National Security Director. The book is certainly eye opening as Bolton describes working with Trump on issues such as China trade, North Korea’s weapons of mass destruction, the threats from Iran, and finishes off with the crisis in the Ukraine that led to Trump’s impeachment.

Bolton gets way down in the weeds and what comes out is his contempt for the way Trump does things. To Bolton, our president cannot maintain a train of thought for very long, cares little for issues except to the extent that he can use him to advance his own interests. He also doesn’t know the first thing about negotiating and mistakes personal relationships with international relationships. Bolton describes Kim Jong Un of North Korea laughing at Trump when he figured out that he could easily use that personal relationship to get concessions in negotiations.

Bolton also excoriates the House of Representatives for a lazy kind of impeachment where due to electoral schedules the calendar was abbreviated and so in the interests of time the issues were all focused on the Ukraine where in reality there was probably grounds for impeachment in a consistent pattern of self dealing by the President. The House also did not pursue their subpoenas in court so there was not much of an investigation and the process because ultra polarized and resulted in an acquittal by the Senate.

Bolton fears an unleashed Trump in a second term. The only thing that restrained him from many things in his first term was the fear of not being re-elected. Trump was barely constrained anyway and he’ll be much worse.

The book was interesting also as it gave me an insight into Bolton. The guy is pretty smart and has a lot to say. Once I understood where he comes from I could see where he got a lot of his beliefs. He is big into American Sovereignty for example which makes him very suspicious of any treaties that limits that for example. Despite some reports Bolton is not endorsing Biden. Bolton doesn’t say much about Biden but really goes after Obama and his policies.

The book scorches Trump pretty good. Trump did everything he could to stop publication of the book. It does not cast him in a good light.

I highly recommend this book. 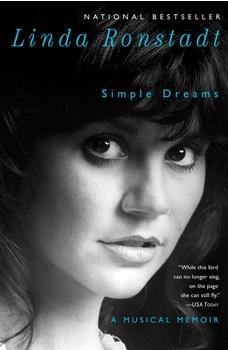