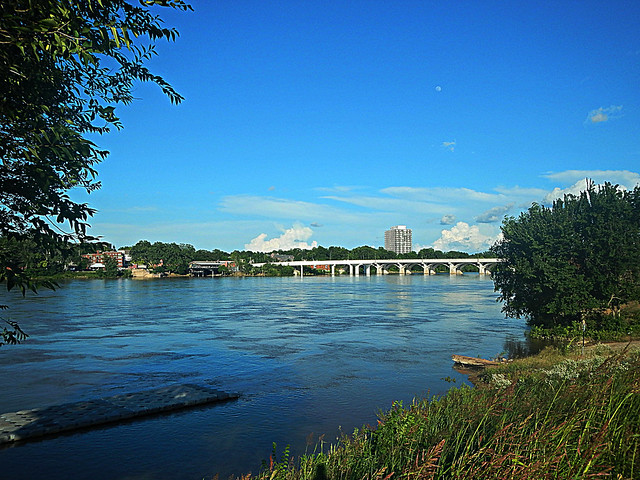 I went on a run after work Monday. I saw a lot of stuff like the scene above with the daytime moon. I love daytime moons. 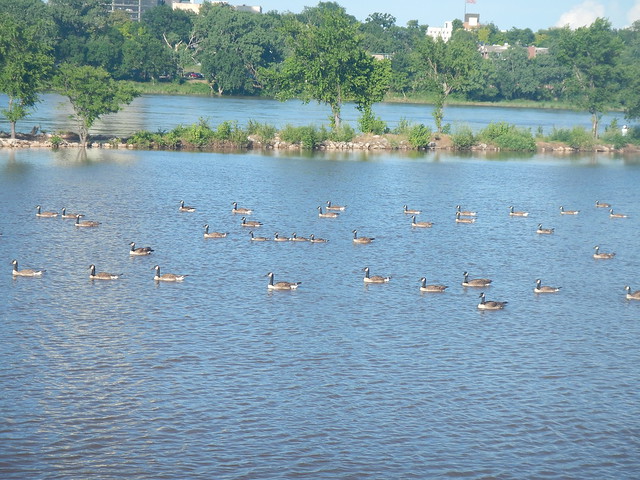 I saw a bunch of geese all swimming in one direction like they were zombies. I thought they flew north instead of paddling north. 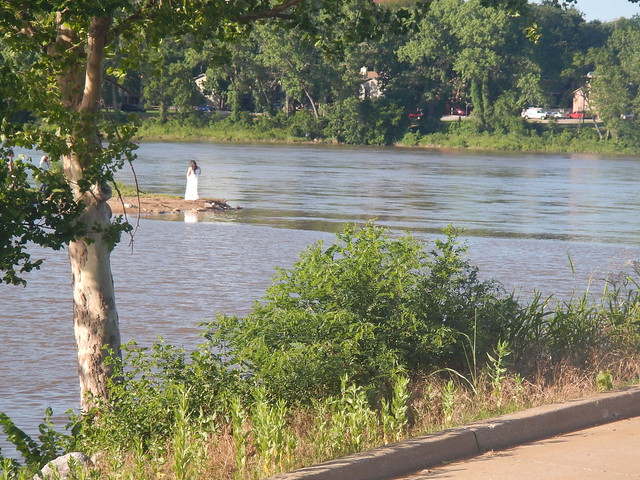 I saw a bridal shoot going on in the middle of the river. 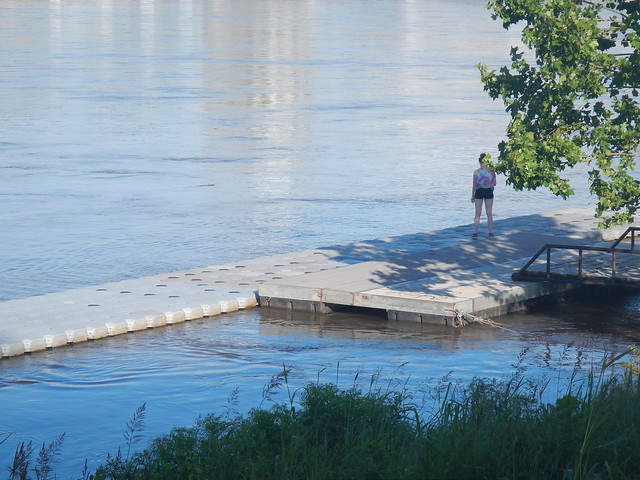 I saw another runner checking out the shoot. 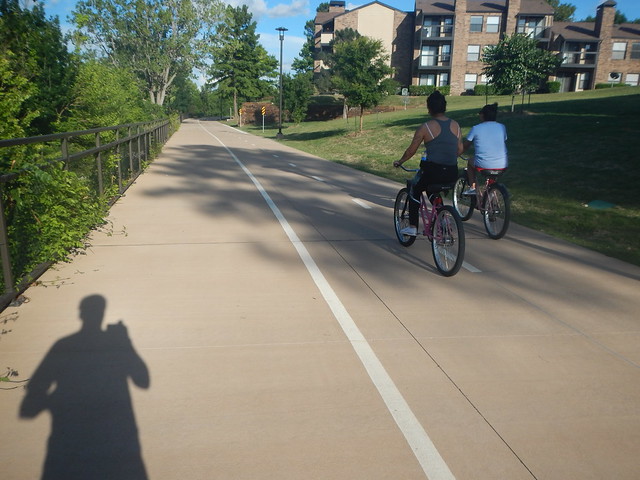 And some bicyclist zoomed on past me. Zooming past me is not hard. I like my shadow selfie. 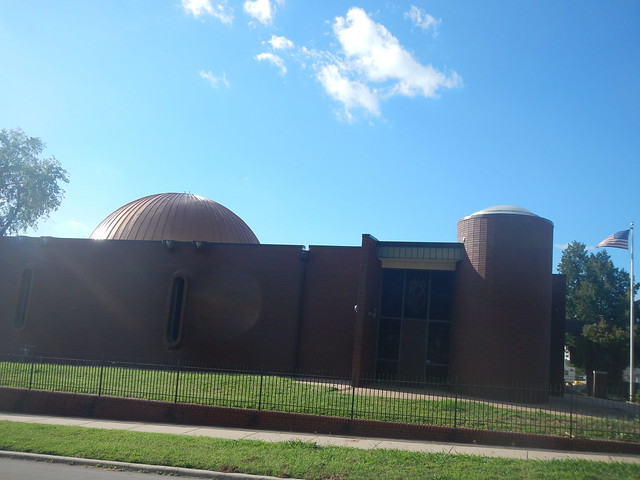 I passed the golden dome of the Greek Orthodox Church. 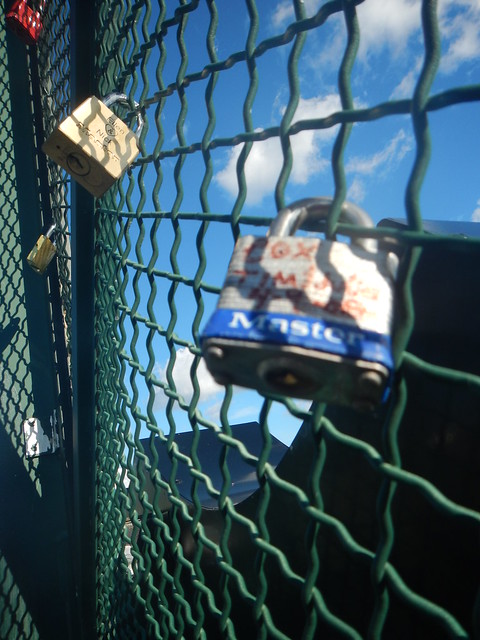 I went across a bridge where there were a bunch of locks. I knew that it was just a matter of time before this tradition hit town.