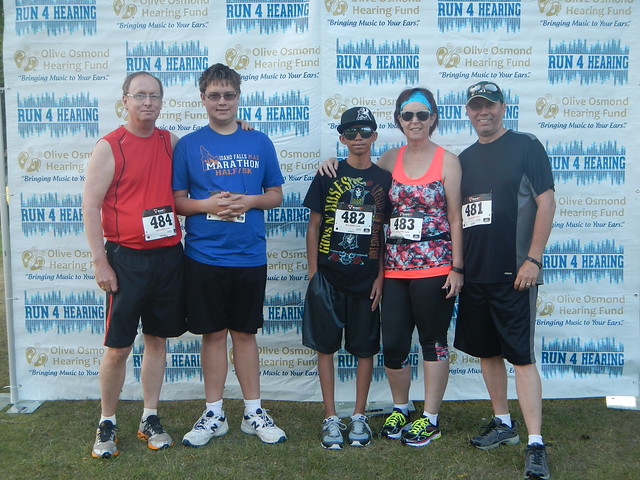 Logan and I spent a long weekend in Idaho Falls, Idaho visiting my Dad. My sister Ellen, and her husband Irv, and their grandson Mr. Beans also showed up. Ellen is quite the runner these days and she convinced us to sign up for a race, the MAD. Marathon, Half Marathon, and 5K.  So we rolled out of bed early Saturday morning and made our way over to the starting line. 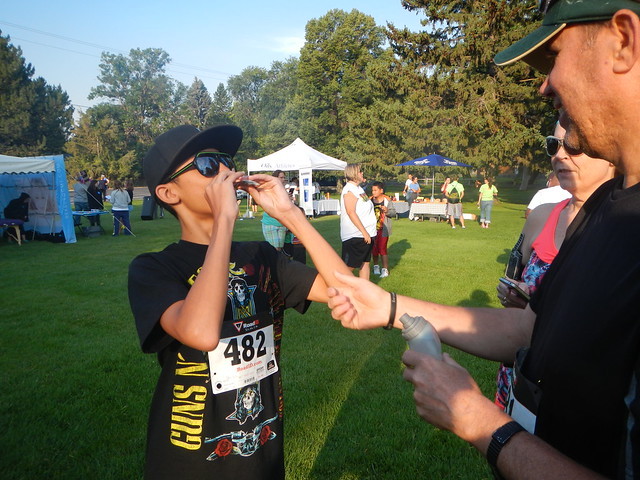 Mr. Bean’s first experience with a running gel. I’m not sure he liked it. 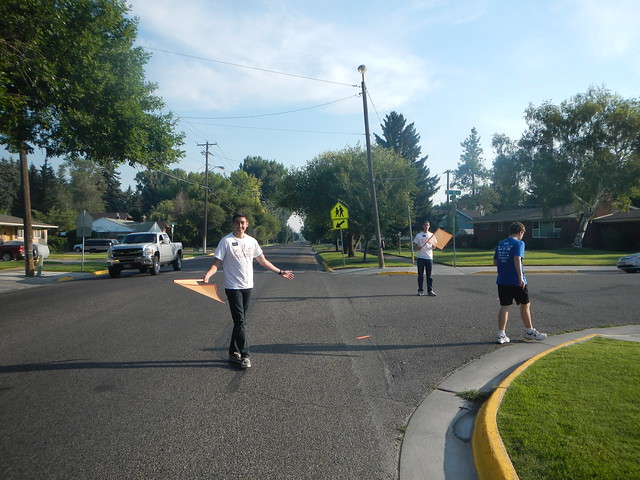 The race started and took off  through the neighborhoods of south Idaho Falls. I had been wondering if the race was a beer run or not but I got my answer when I saw  these guys doing the traffic control. They are Mormon missionaries. So no beer I thought, but that is alright, these guys above and the other guys and gals on the route did a great job keeping the runners from getting run over. Notice Logan to the right, keeping his head in the run and not getting distracted like his old man. 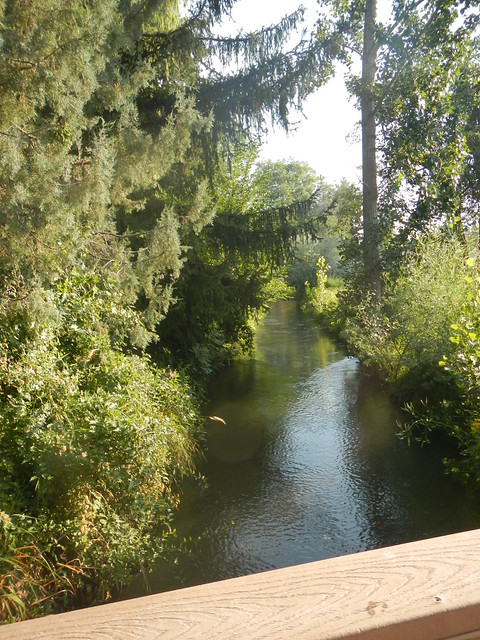 We made our way over and irrigation canal. 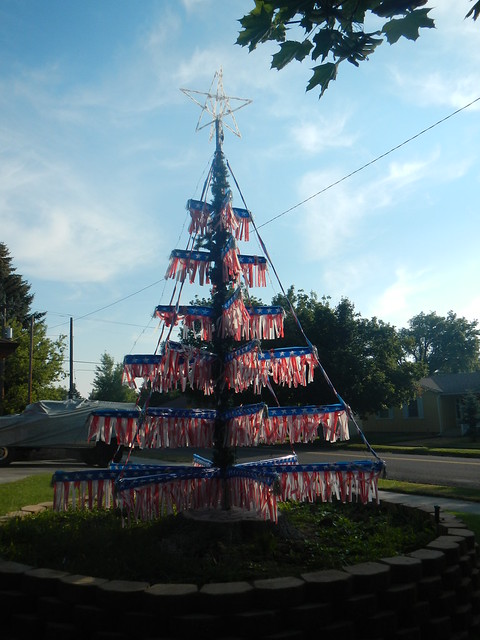 And by a patriotic Christmas tree, or something. I am not sure what it was. 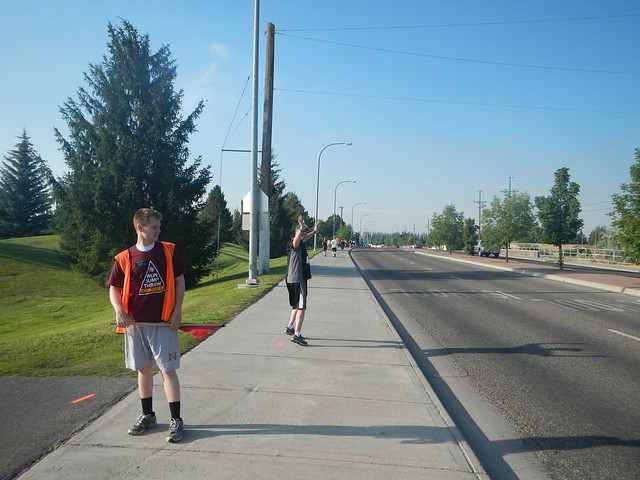 Here is another missionary and that is Irv waving bye. We were not that close to him. He was headed out of the park to the left and we had to head in. 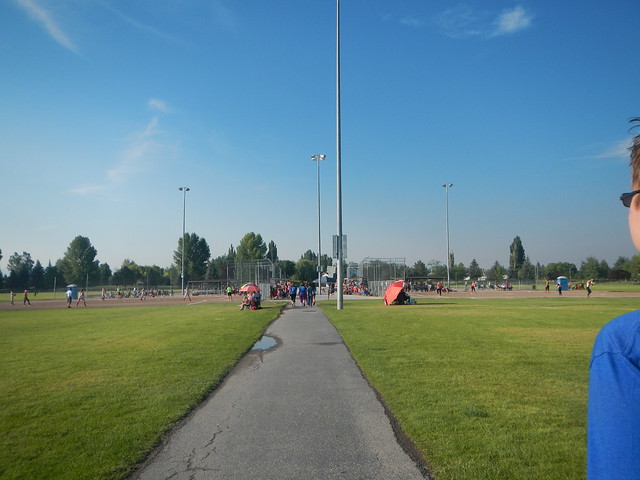 And then this is where we cheated by a half a klick. I could have sworn that the course markings sent us down this route. See the blue shirts ahead of us? They were fellow runners so we were not cheating. See Logan to the right? He still has half a step on the old man. 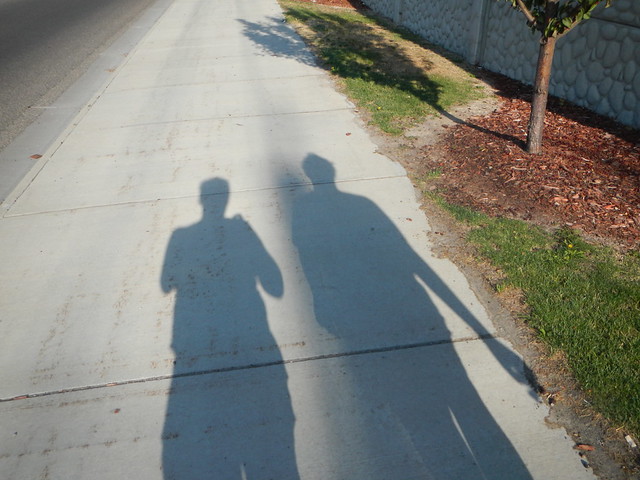 We made it out of the park and started running a busy street. Time for a shadow selfie. See who’s shadow is longer than mine? 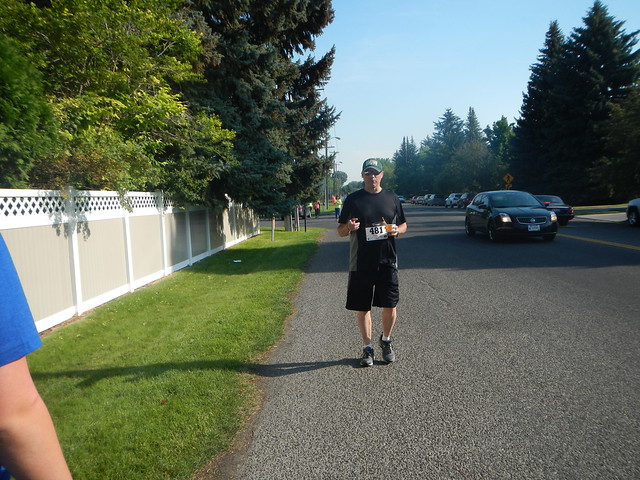 Here comes Irv. He finished the race and came running back to take my camera to get the finishing pic. 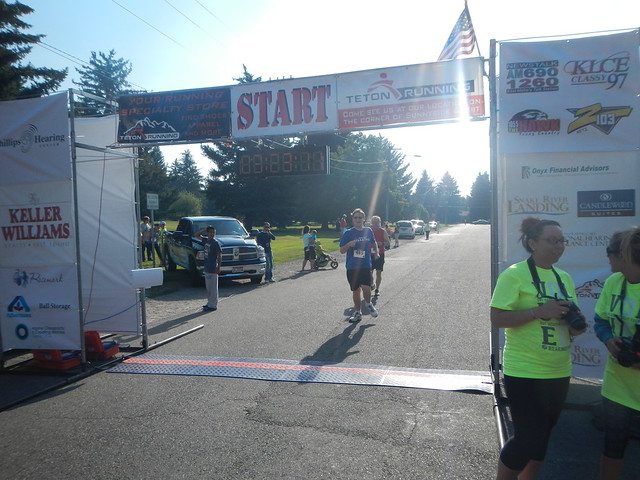 And look who finished ahead of his old man. 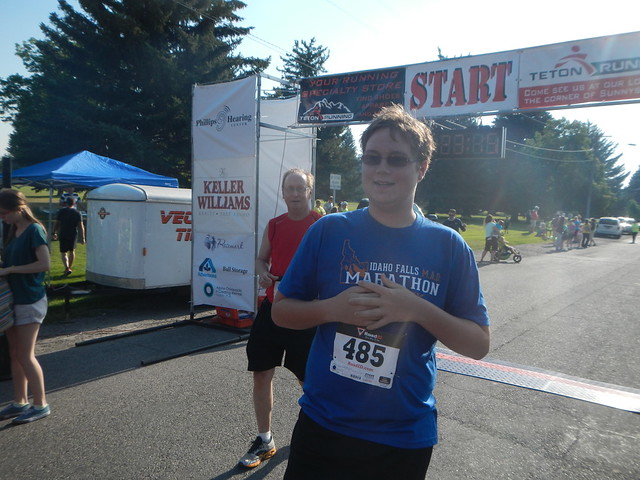 And the little (not so little) was gloating about it. Wait till the next race kid! By the way, do you have a ride home?