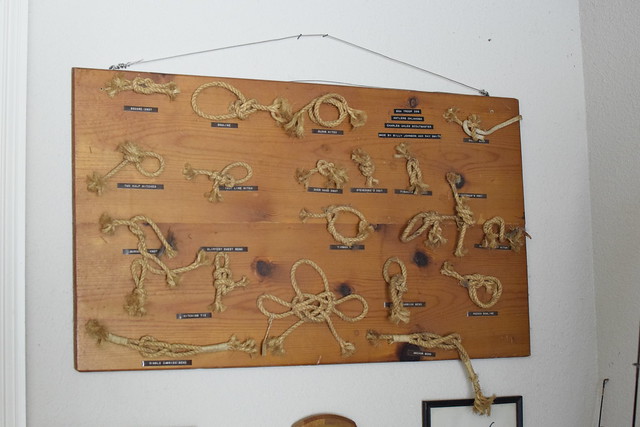 We spent Easter Sunday with my MIL Nana and we had a great meal and visit. I had my camera so I was taking pictures of this that and whatever. Nana has her late husband’s knot board hanging in her garage. You see her husband, Charles, one of the world’s really good guys was really involved in Boy Scouting. He was an Eagle Scout in fact. Charles has been gone a number of years now but in many ways it seems like just a few days ago. 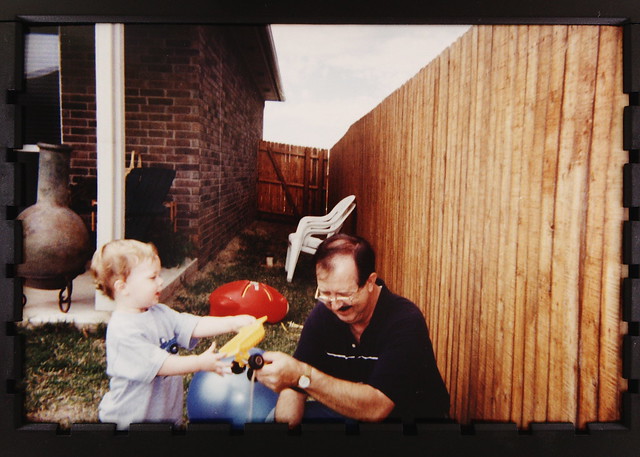 Charles and his grandson, Logan had a special bond.

Charles was a great story teller and one of my favorites is about scouting. You see Charles went on to become a pharmacist and after he got his degree he went to a small town in southeast Oklahoma and looked up the local Boy Scout Troop and went to the scoutmaster and introduced himself and said that he would like to get involved and was willing to help in any way possible. So the Scoutmaster said that was great and told Charles when and where the Troop met and invited him to the meeting. 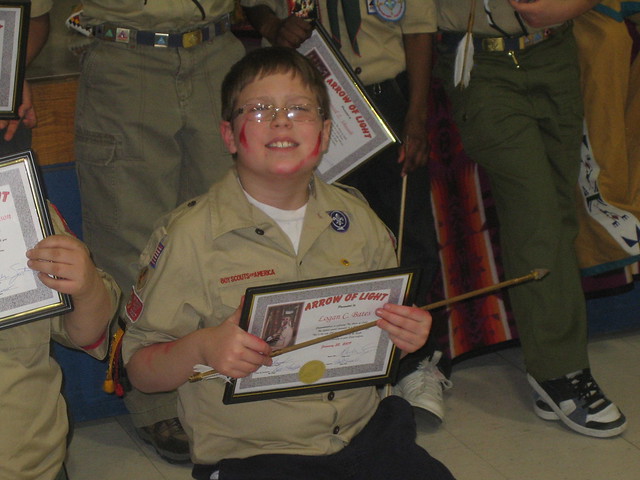 Logan and I went through Cub Scouts but neither of us was interested in continuing with Boy Scouts.

So Charles showed up at the appointed time and the Scoutmaster said “Everybody gather around here.” and then he said “I would like to introduce you to your new Scoutmaster, Charles.”

I loved that story and of course Charles was a great scoutmaster.  The knot board is something that he made for the scouts. Heather and Nana have lots of stories about numerous scout outings. When Charles passed away years later, several of his scouts showed up for the funeral. I think about him every day and still can’t believe that somebody who so full of life is gone.