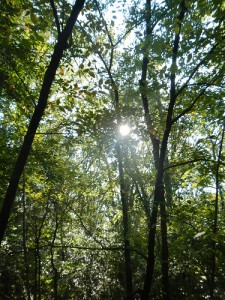 It’s October and the temperatures are cooling here in Oklahoma. Not like they are elsewhere as we are still running our air conditioners but the weather is cool and dry. October is the Oklahoma’s best month. I happened to have Saturday morning free so I headed to my favorite running spot, Turkey Mountain. I had the place to myself. I’ve signed up for the Tulsa Run 15K race late this month and the Route 66 Half Marathon in late November so I’ve been running longer miles during the week. My goal Saturday was six miles of easy running. 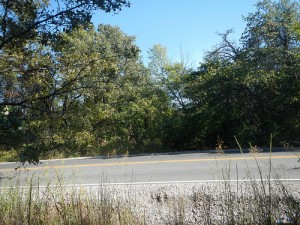 I started down the trails but I noticed a short side trail that went to a road and I could barely see an opening on the other side. Hmm, I didn’t know there was a trail over there so I headed across. 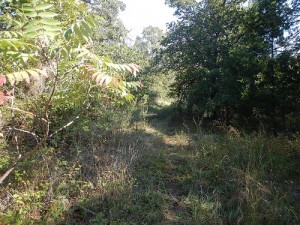 And sure enough there was a faint trail over there. It wasn’t very big and it wasn’t very long, less than a mail loop. Guess what though. No litter. Yep, no red bull cans, no water bottles, nor candy bar wrappers. I scared up three white tail deer though. They don’t stick around for me to get my camera up and going though. It was pretty nice. I didn’t see any side trails though. 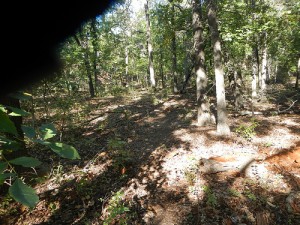 It was nice although the trail almost petered out a few times. 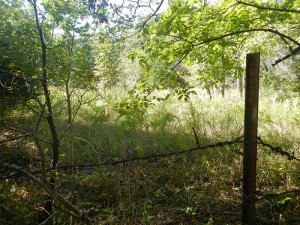 The only man made object I saw was this old barbed wire fence. Soon enough though I looped back across the road back to the park. Going from illegal to legal. 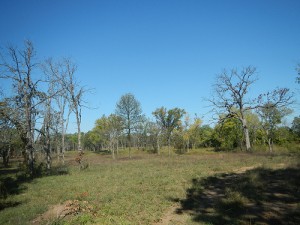 I made a turn through a privately owned area of the mountain. The owner bulldozed down a lot of brush and trees earlier this year and got everybody all excited that he was going to put something up but he was just clearing things out so it would be easier to sell. Still not good news but maybe somebody will step in and buy and and give it to the River Parks. Its happened before. Keep your fingers crossed. 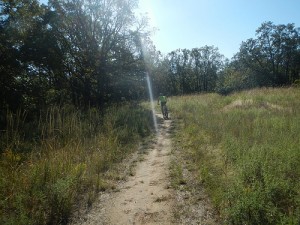 Several bikes passed me. I passed one who called my name out as I went by and I yelled who’s that. He yelled “Tom.” I know a Tom who rides bikes and would ride by without stopping. It’s probably him. 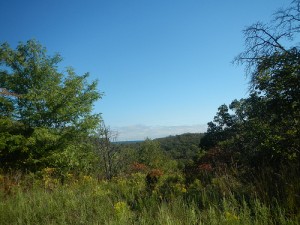 There is one spot on the western side of Turkey Mountain looking east where you have a good panorama. 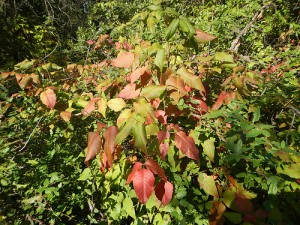 You can see from the pics that the leaves haven’t turned here yet. I did find some color. 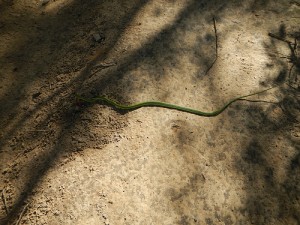 I also found this little green snake. When I first started looking at him he reared up and was doing his cobra thing. Dang little dude has spirit. I have to give him that. This is actually the first snake I’ve ever seen on Turkey Mountain. He and I went on our separate ways. 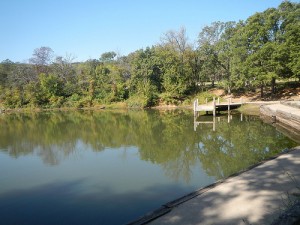 I looped through the West Side YMCA. Earlier this year this pond was nearly dry. I’m glad we have been getting some rain. 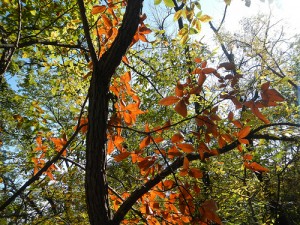 More color on the mountain.

Anyway, I had six really slow, lazy, nice miles. I had a great day.

How are your days?