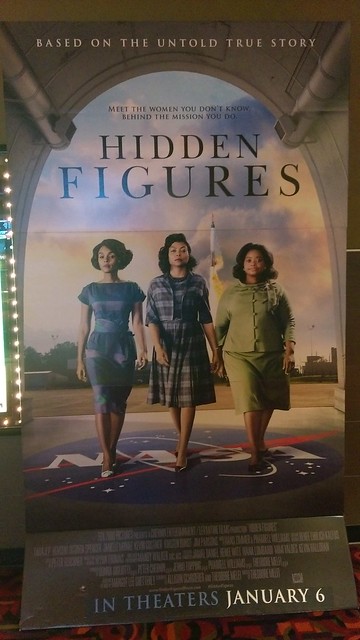 The whole family went to see Hidden Figures today. The story of the black women mathematicians who helped American win the Space Race back in the 60’s. It follows the lives of three black women “computers.” Back before digital computers were used, humans who were held the jobs named “computers” did the calculations for lots of scientific endeavors.

The movie is set in Langley, Virginia, part of the South, and the computers were divided into white and “colored” groups. The movie follows three of the women. One who was the the supervisor of the colored group but did not receive the title nor the pay of a supervisor, another who had a crucial role in calculating the trajectory of John Glenn’s trajectory out of orbit back to earth, and another women who although had advanced engineering degrees, was seeking to become the first women with the title “Engineer” hired at NASA.

The movie follows these women as they deal with and overcome the petty and smothering stupidity of segregation and discrimination against black people and women. It reminds me of how far we have come and it also reminds me how far we have left to go. 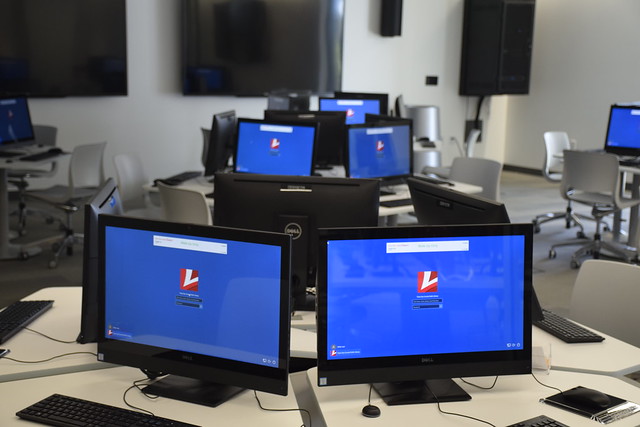 The movie is set in 1961 and what strikes me is that I entered engineering school in 1973 a mere 12 years later. By then we had we had big mainframe IBM computers and we had learned the Fortran programming language in high school. In 1973 all the engineering students still used slide rules and much of the classes were about how to use them in engineering calculations. A few of the “rich kids” had calculators. By the end of my Sophomore year, nobody used slide rules and everybody used scientific calculators.

Fast forward to the mid 1980’s and I was building pipelines in Mississippi and Louisiana. I dealt with lots of local people while buying right of way from landowners and arranging for contractors to build the line and dealing with various state and county officials in getting necessary permits. By that time black people had the right to vote and the “colored” and “white” restrooms and water fountains were a thing of the past but race seemed uppermost on man people’s minds. I’d get leading questions from people on first meeting them where they were trying to determine what my attitudes were towards the subject and I’d get baited on various subjects. I heard some outrageous things I’ll tell you.

I used to think that there was some sort of relationship between technology and social justice. In other words as we progressed technologically then all these smart people would all insist on doing the right thing. I’ve lost faith in that as we see countries like China and Russia progress technologically and expand their middle class but they remain repressive in a different manner. They don’t threaten people with torture any longer, they threaten them with losing their jobs.

Anyway, I’ll get off my soapbox and say that this is a great movie. It is based on a book that I have ordered from the library.