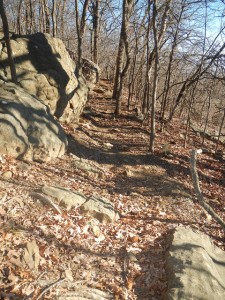 Last Saturday for one reason or another I ended up some time to myself in the afternoon between dropping the kid off at a friend of his and then picking him back up a couple hours later. So off to Turkey Mountain I went. 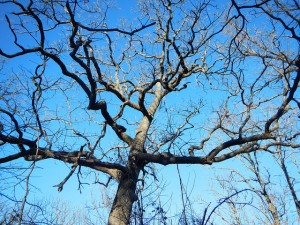 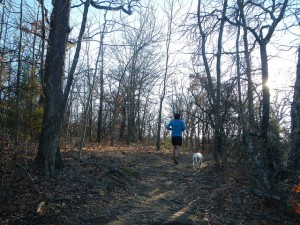 Somehow I felt guilty because I wasn’t running or bushwhacking through the brambles. I was just walking. I wasn’t strolling I was walking at a pretty good pace. 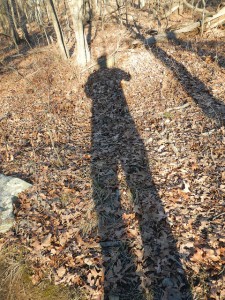 By now I know my way around the mountain pretty well. Not as well as some people I know but good enough that I think I know all the main trails pretty well and am familiar with the secondary trails and paths. 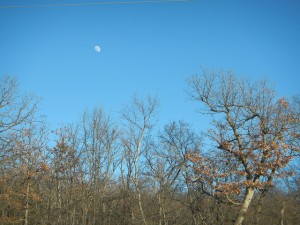 There is nothing like going through the woods. You can see a lot and hear a lot. It is amazing how loud some of our fellow people are and how quiet the animals are. Sounds travel far in winter woods. 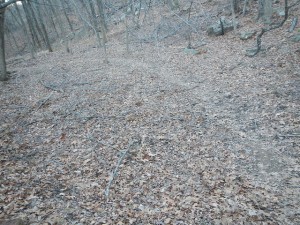 You can hear squirrels skittering through the woods a long way off and birds coming off branches. 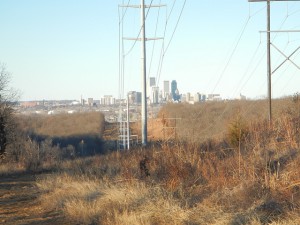 Turkey Mountain, an urban wilderness is in the middle of South Tulsa. There are two power lines criss crossing it (remember two lines is north and south, one single line is east west) and you have a great view of downtown from parts. And there used to be an oilfield up there and farms, and moonshiners. There is still some mysterious things that go on up there. 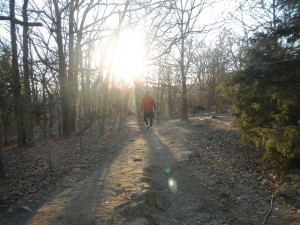 You’d of thought that it was an early Valentines Day. I saw several young couples ambling along hand in hand. You can tell by their slow step and general uawareness of their surroundings that they were more wrapped up with each other than the mysteries of the mountain. Good for them is what I say. 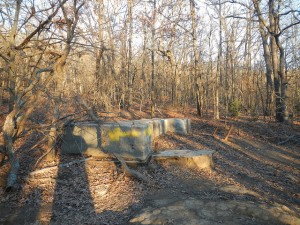 (I’m turning into the Picasso of shadowselfies)

Anyway I pondered these things and others while walking the trails as the late afternoon sun went to shadows. 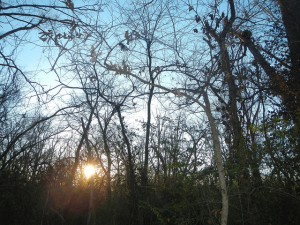 The sun was getting low and the moon was rising. Time to go pick up the kid. 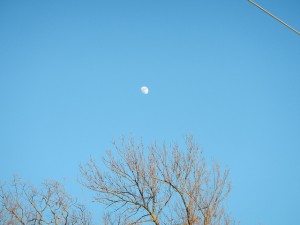 10 thoughts on “Hiking on Turkey Mountain”