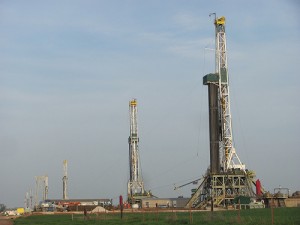 14 He causeth the grass to grow for the cattle, and herb for the service of man: that he may bring forth food out of the earth;

15 And wine that maketh glad the heart of man, and oil to make his face to shine, and bread which strengtheneth man’s heart.

Don’t worry folks, I haven’t gone off into the deep end. I am reading a book about the history of the oil industry and this scripture was telegraphed as a prearranged signal by a predecessor company of British Petroleum that a well they were drilling in what is now Iran was successful. Personally I think the verse refers to olive oil.  As part of the research for this post I found that there are lots of swindlers who use vague Bible quotes such as this to try and fleece trusting people out of their money by promising amazing insights into where the oil is by using the Bible only. And that brings to mind another verse:

16 “Behold, I send you out as sheep in the midst of wolves. Therefore be wise as serpents and harmless as doves. 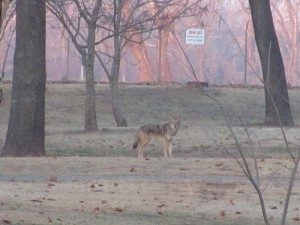 This is a well fed coyote, not a wolf, that I met on a geocaching excursion in Bixby, Oklahoma.