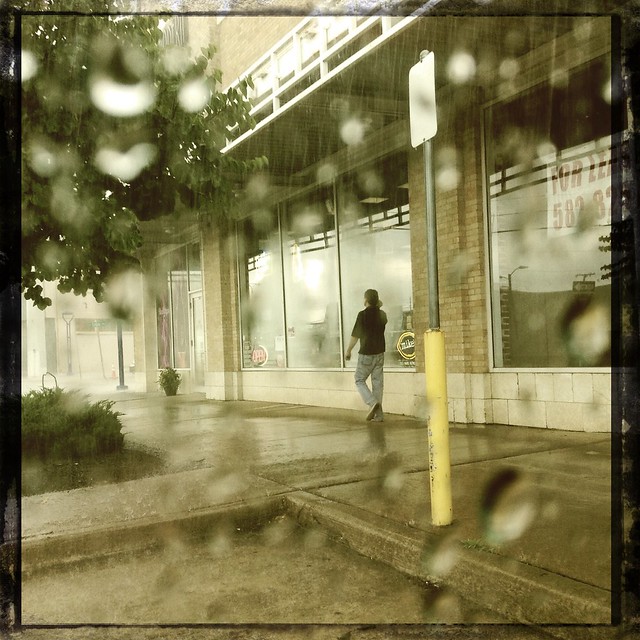 Wednesday nights are my night to go running after work. I have a little routine. I leave work and go to a liquor store and pick up some craft beer and then I head out either to the Arkansas River trails or Turkey Mountain. Last Wednesday it started a downpour just as I was leaving downtown but my good ole Accuweather app on the phone said it was not going to rain for at least two hours so I’m good right? 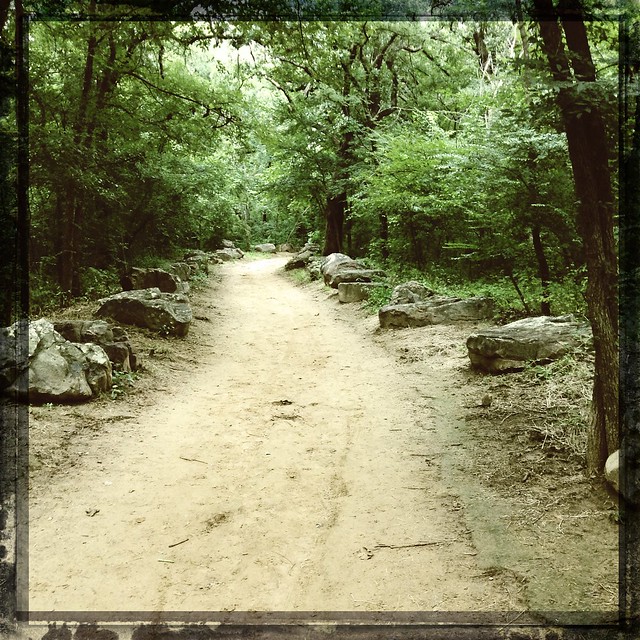 So started out on the Yellow Trail taking pics with my Ipod Touch using the Hipstamatic App. I just love blurry photos. My intention was to try and do six miles or so. 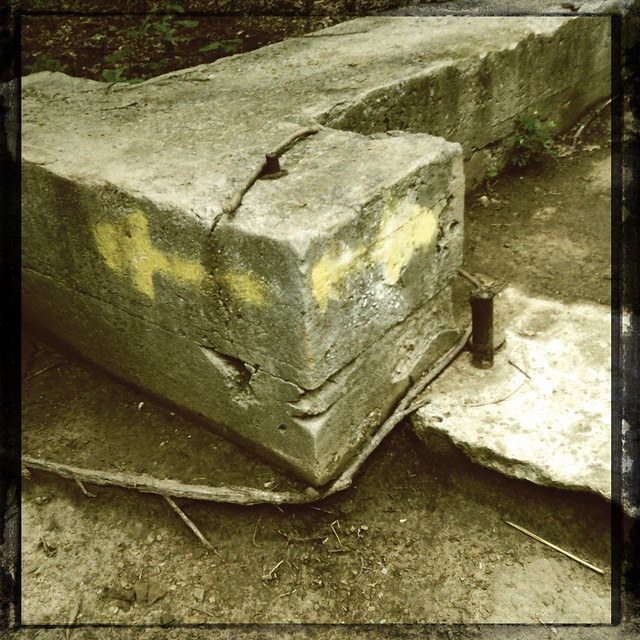 This is my favorite spot on the Yellow Trail. I just tell people to follow the arrow. Nobody listens to me but I say it anyway. I repeat myself a lot that way. 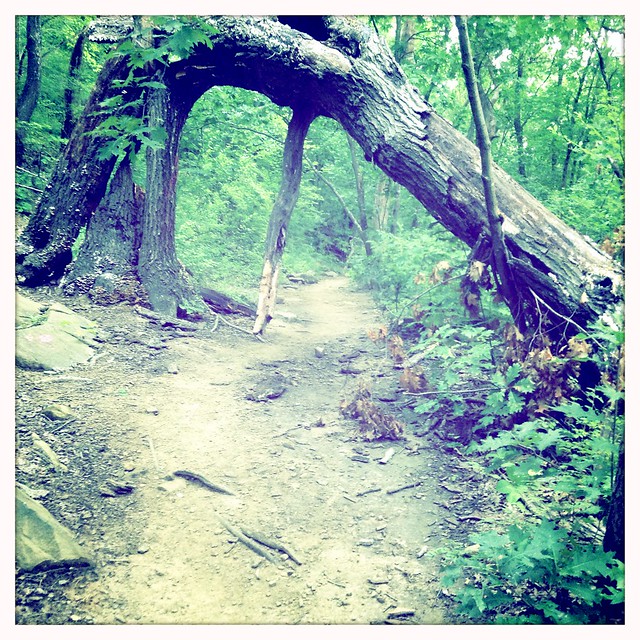 This is my favorite new landmark on the Yellow Trail. It reminds me of something new I’m reading a little about lately Trail Marker Trees.  Trees that Native Americans shaped as trail markers or other uses. Check the link. I’d love to see a few live. I’m a little skeptical about them personally. 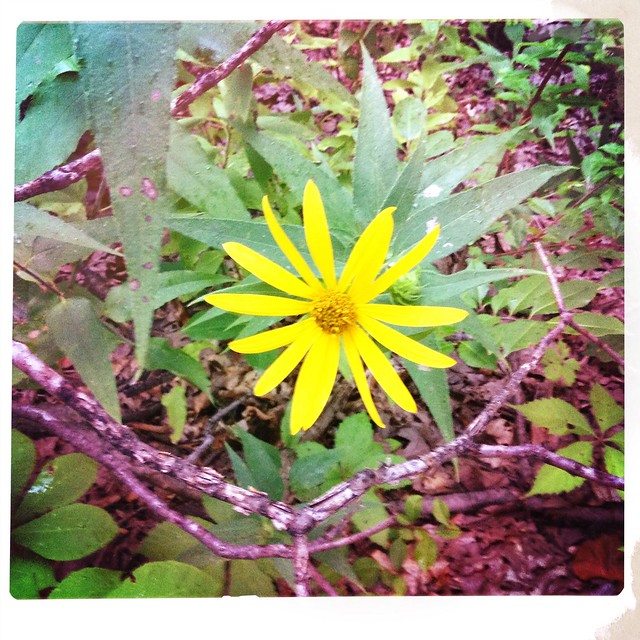 I stopped a smelled a few roses. Metaphorically. 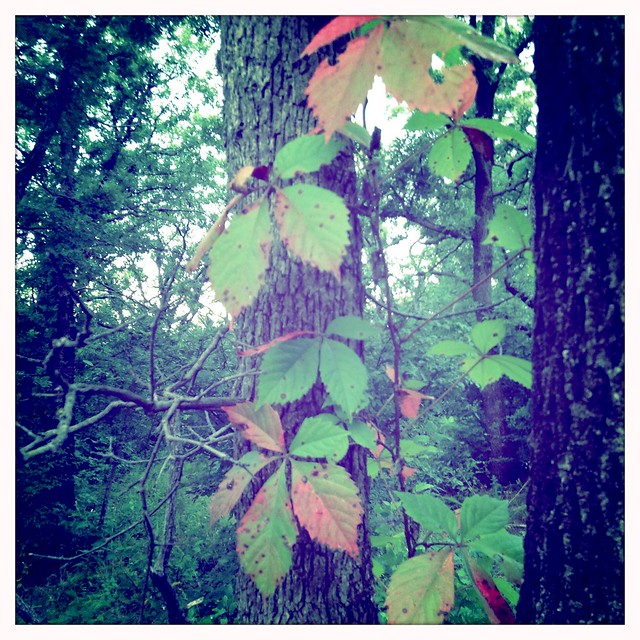 And check out some color. 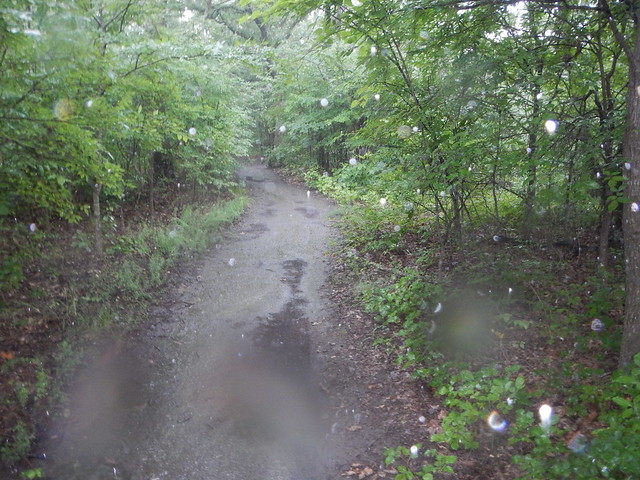 Just as I got to the north end of the Yellow Trail it started raining, hard. I put away my Ipod and got out my waterproof Nikon. People tell me about how much they love raining in the rain. I don’t like it too much but if you are out in it and wearing tech clothes then it is not so bad. I decided to cut my run short and run the upper Yellow trail back. 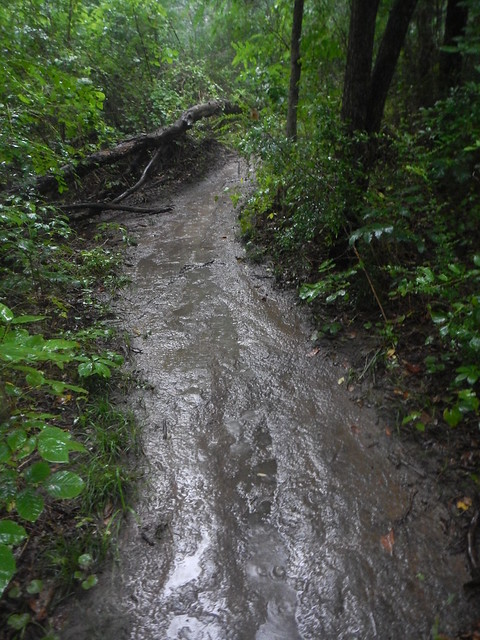 The mud sticks to your shoes and things get a lot slipperier but I eventually got back to my car. 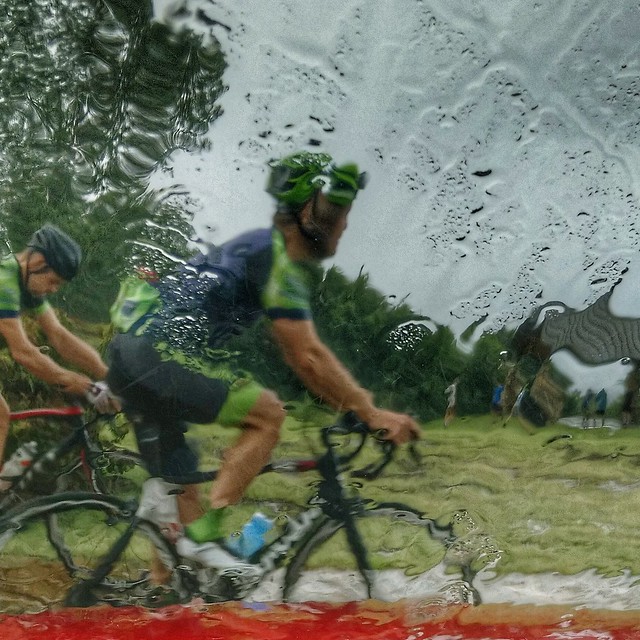 The only thing worse than running in the rain would be riding a bike. The thunder and lightening was getting pretty bad also. That can ruin your whole day.

If I had it to do over again, I’d do it over again. And no, I didn’t go home and drink the beer I bought earlier. You see we are much more godly people in Oklahoma than where you live because our laws don’t allow us to purchase cold full strength beer. So I drank some of the beer I bought last week!! That is called pre-planning.