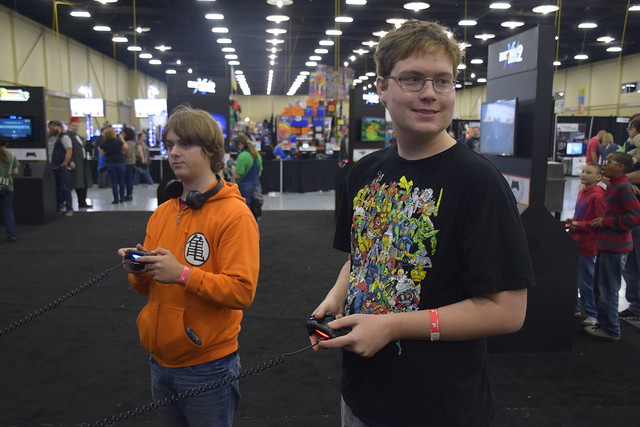 Logan and his friend Q trying out some of the games. 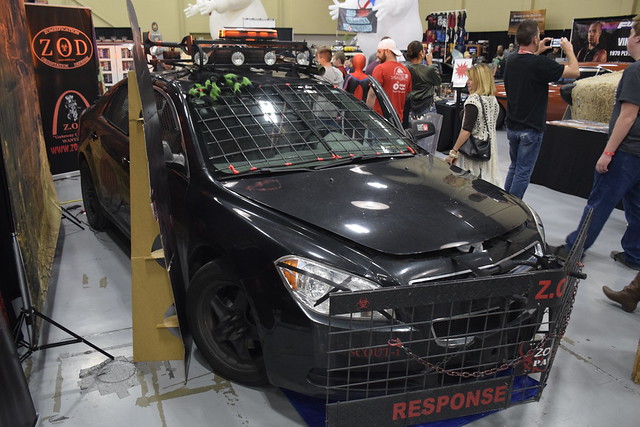 A car from same famous Zombie movie that I didn’t see.

I find it fascinating although I miss most of the cultural references. 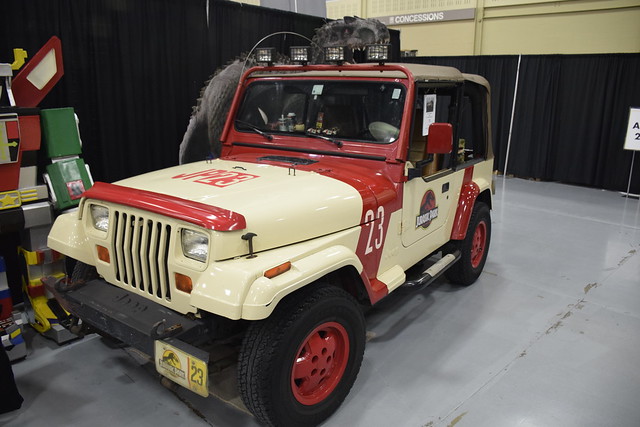 I gravitate toward the cars. I get cars. Mot of them anyway. Many of the cars you could sit in them and get your photo taken. No thanks. No way my face adds anything to the car. 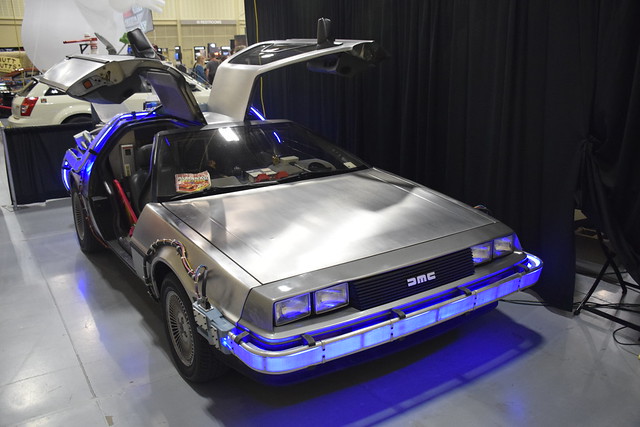 Remember back to the future? Remember the Delorean? 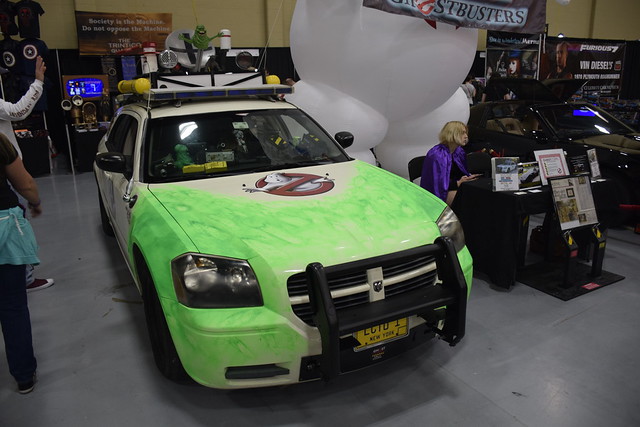 A big reason that people go to a Comic-Con is to Cosplay, or dress up as your character. To see and be seen and get your photo taken. I have trouble walking up and asking somebody if I could take their pic. 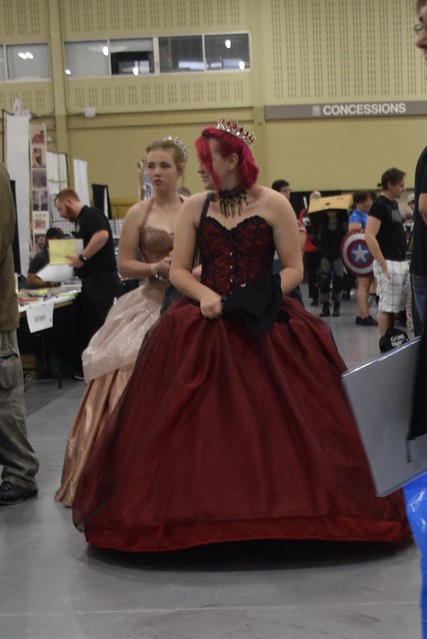 I told Logan that next year we need to Cos-Play. I think I’ll show up as Walter White, the chemistry teacher gone meth cook from Breaking Bad. I love that guy. Talk about pure evil. Logan said he is just going to get a mask.

The Tulsa World has a photo gallery with some of the Cos Play costumes. 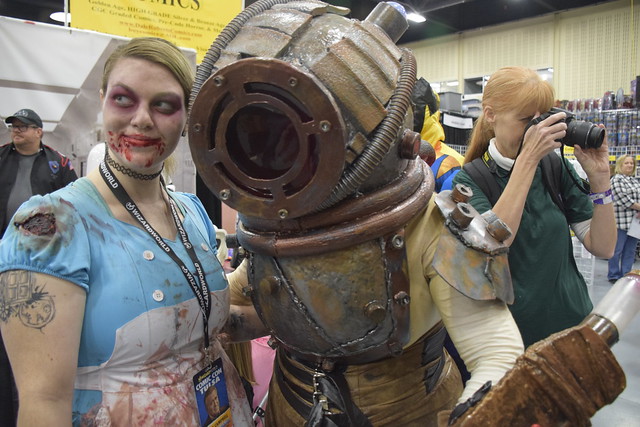 Saturday Logan and I ventured downtown to experience Wizard World Comic Con  Tulsa 2015. A  celebration of popular culture they call it. I’d say it is more of a slice of popular culture focused more on Superhero movies and fringe television show as opposed to say in Oklahoma, football, deer hunting, tea party politics, and country music. That is okay though because Wizard World is lots of fun and a segment of Oklahoma that hardly ever shows itself is on display. 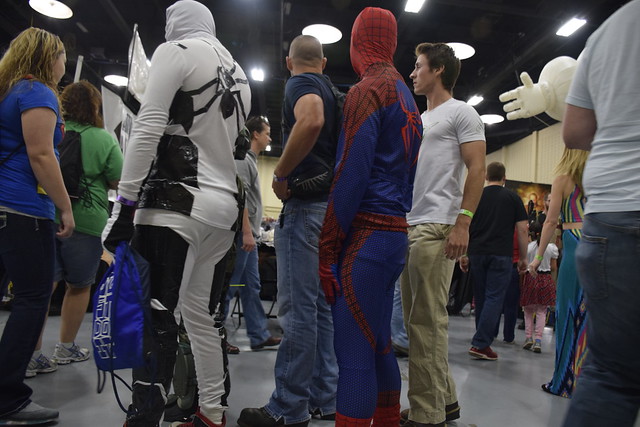 A big part of the fun is Cosplay where fans dress up as their favorite character. It could be from movies, television, shows, comic books, video games, anime or manga. Some of the costumes are quite elaborate. Check out this link to a Tulsa World photo gallery of the costumes worn at this event. 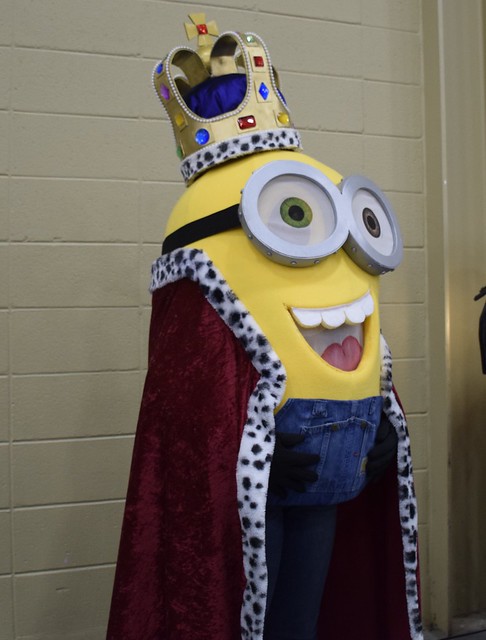 I know that your are wondering and no, Logan and I didn’t cosplay this year. Maybe next year. 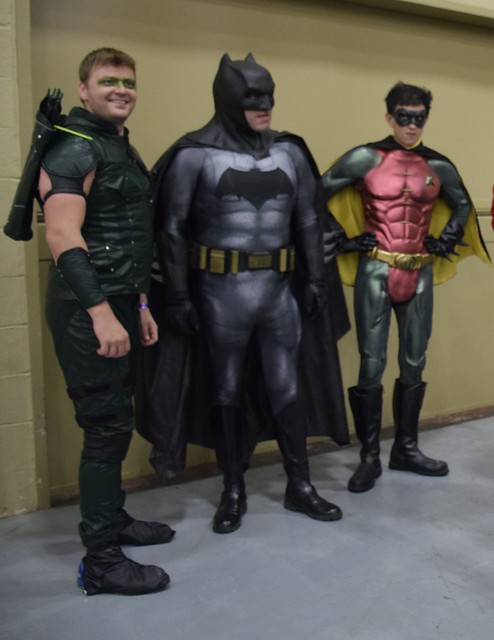 I could have taken a lot more pictures but the venue reminds us that “Cosplay is not Permission.” In other words please ask permission before you take pictures. One could make a legal argument that they are in a public place and blah, blah, blah. We have too many people whining about their legal rights to do whatever, so I asked permission. Most of the time. 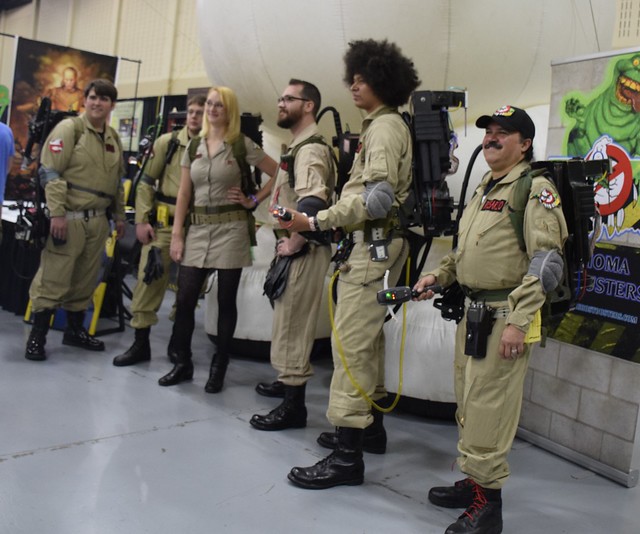 The Tulsa Ghostbusters were there in full force. I don’t know how many thousands of pics they posed for on Saturday. 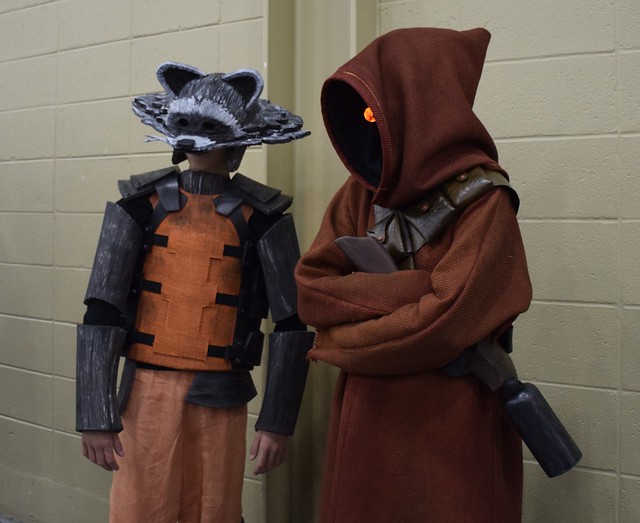 And then these guys. Just so you know I didn’t hardly know who any of the characters were supposed to be besides the obvious like Batman, the minions, Spock and so on. 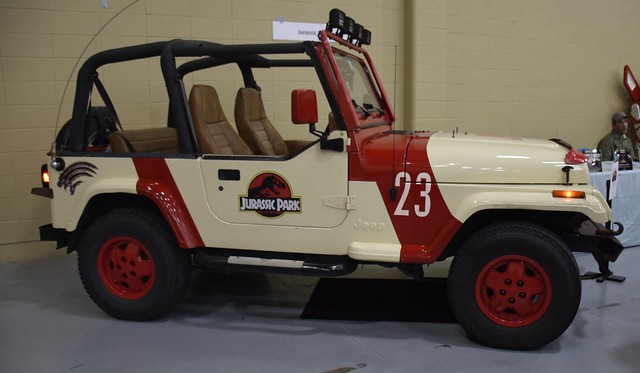 They had some vehicles there. Photos were free but if you wanted a photo of yourself in the jeep or whatever that is $20 or so. Hmmm, no. 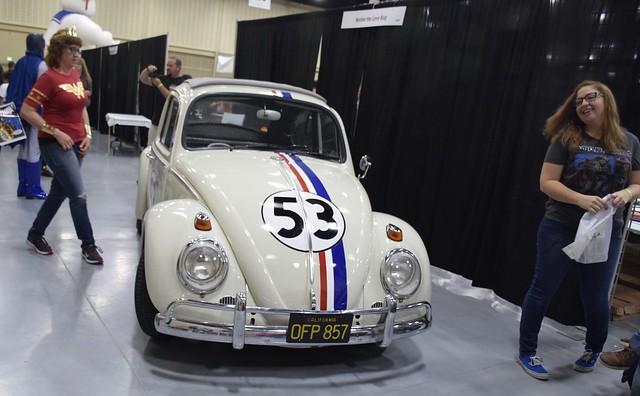 Herbie the love bug was there.

We had a fun time. We met up with some of Logan’s friends and check out everything out two or three times and then went on our way.

So, I have to know, do you Cosplay?