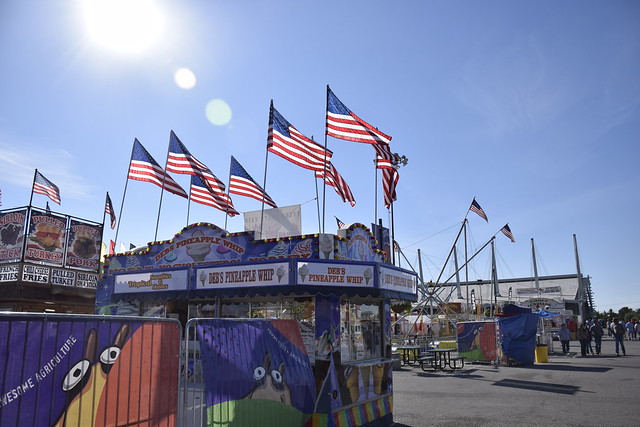 Sunday morning I headed out to the Tulsa State Fair. I got there late in the morning and not too many people were there. Which is fine with me. 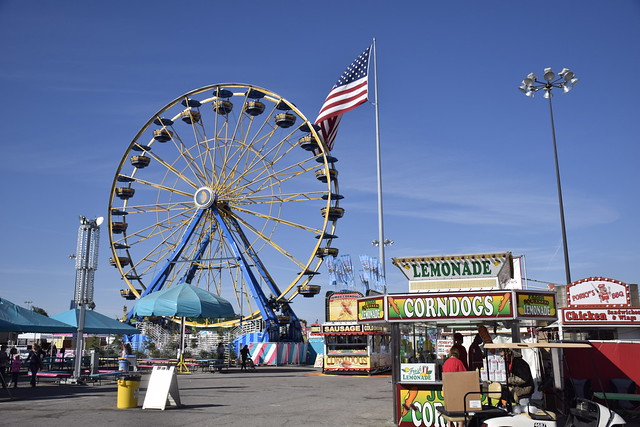 All the rides were getting ready for the day. I am not much of a ride guy. 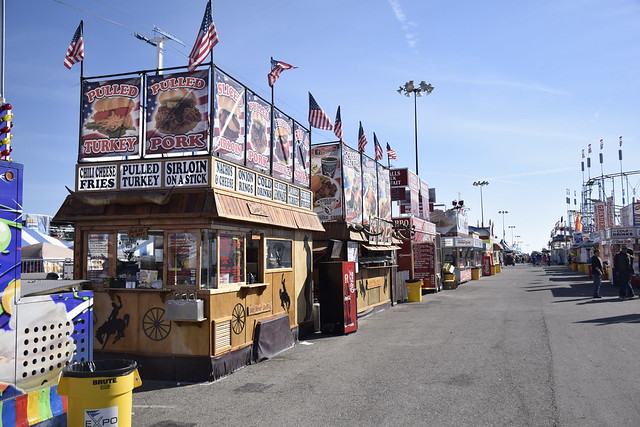 They have an incredible variety of food there. I generally eat only one thing. A couple years ago it was grasshopper pizza. Today I had a pretty good Indian Taco. 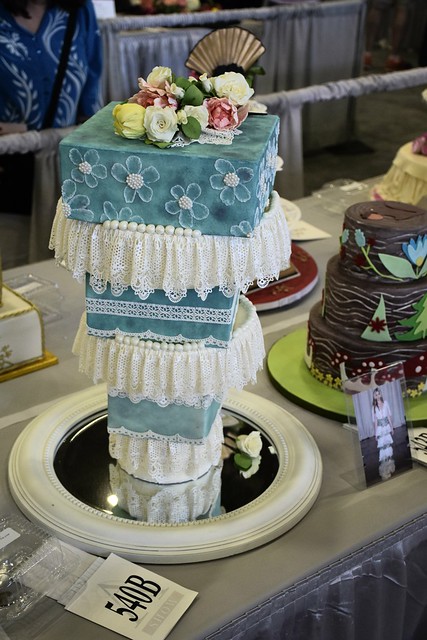 I was mainly there for the Oklahoma Sugar Art Show. It is supposed to be the top show in the US for such things. I will post more examples later in the week but this is an example. It is kind of an inverted layer cake with lots of lace decorations. 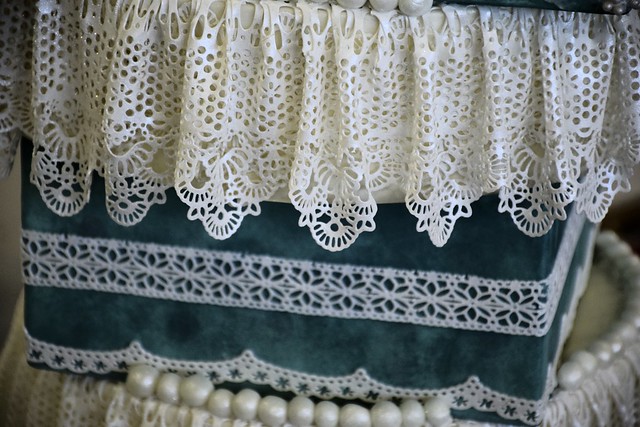 The detail is amazing. All the external components must be food grade. No real flowers, or non food decorations allowed. 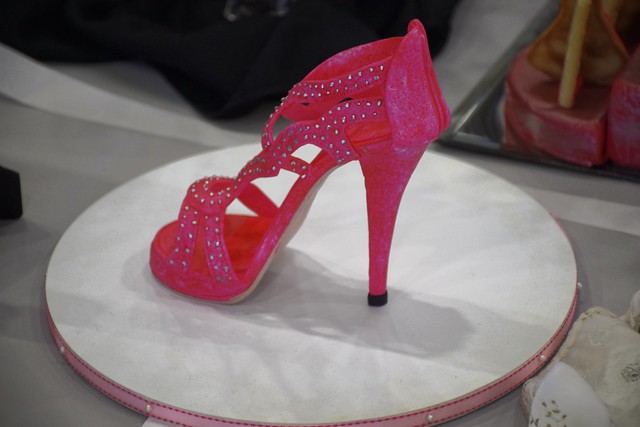 They had a category shoes as well. I had never seen edible shoes before. 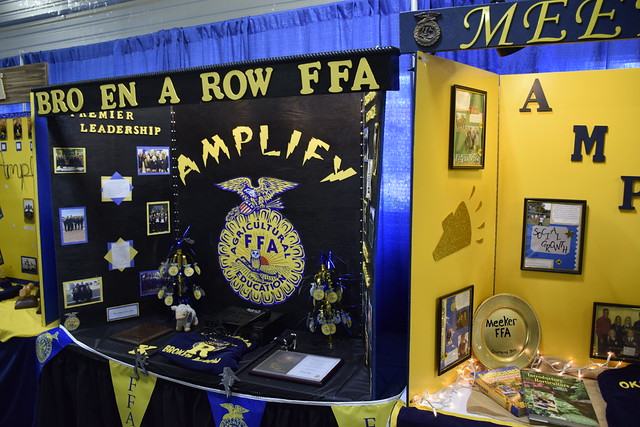 Next I moseyed over to the FFA displays. I always enjoy seeing what they put together. 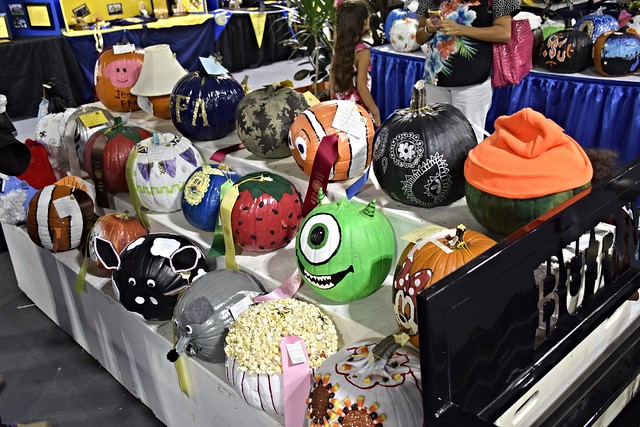 They had a great display of pumpkins. 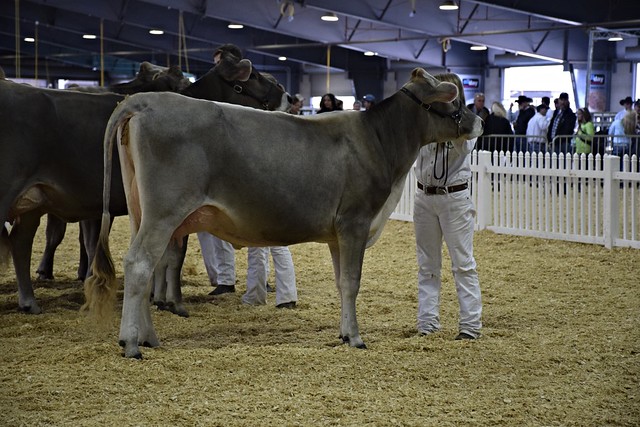 And of course, being a State Fair you gotta have critters. Like cows. 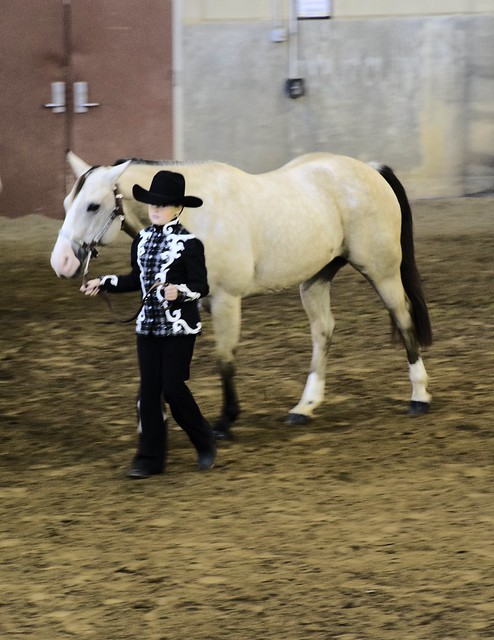 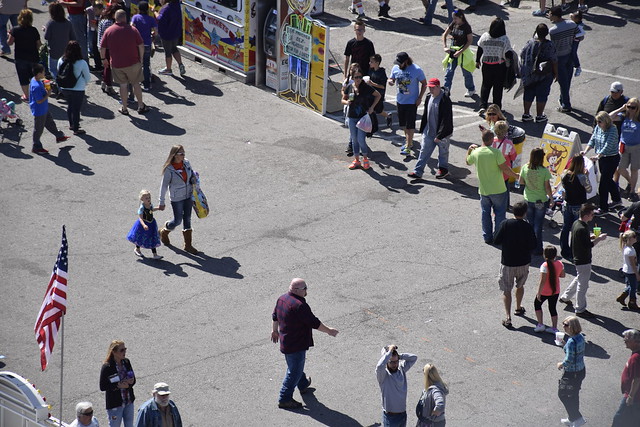 I did take one ride. The skyride that bisects the fair east and west. There is a coliseum on the fair grounds and Disney on Ice was putting on there show. There were little girls in the Frozen costumes all over the fair going to the show with their mothers. Pretty sweet if you ask me. I’m a guy, I can’t say it is precious, even if is precious.

So anyway, it was a pretty cheap outing. I took the shuttle bus from a satellite location so parking was free, $10 for admission, a nice Optimator draft beer at the beer garden and an Indian Taco cost another $16, the Skyride cost me $4. So, all in all, it was a cheap outing.

LInking with Our World Tuesday