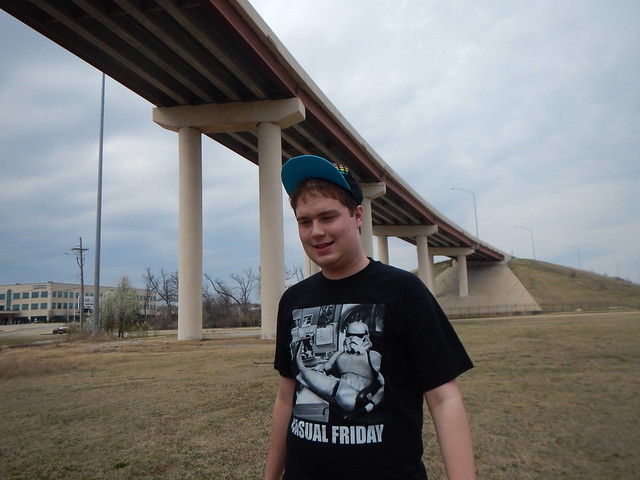 Part of geocaching is that if you place a cache then you are responsible for it and if it goes missing you have to replace it. I have such a cache called “Little Haikey Creek” located in south Tulsa right in the middle of a giant freeway exchange. I’ve had it for years and hardly anybody ever looks for it because it is a long walk from the nearest parking areas. 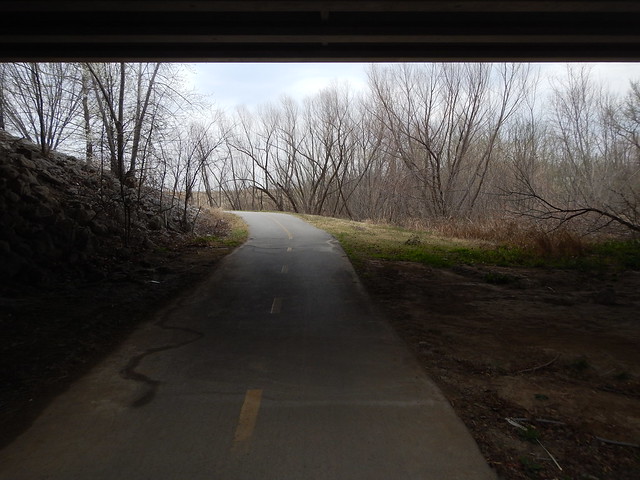 So off we went on the Mingo trail that winds through the freeway interchange. 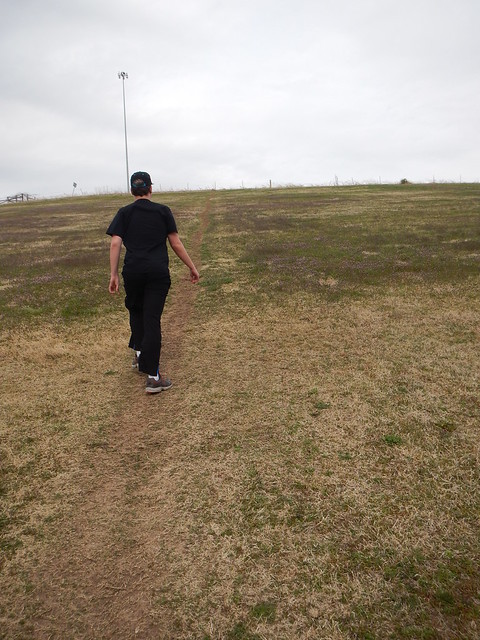 The highest part of the freeway exchange goes right by the Mingo Trail and the resulting hill is popular with runners who want to do hill repeats. Hill repeats are where you keep going up and down hills, repeatedly. It is kind of like hitting your head with a hammer repeatedly, except hill repeats are good for you. Supposedly, anyway Logan and I decided to run up and down the hill just for the fun of it. Really we just walked. But I’m calling it a run. What do you know? You weren’t there. 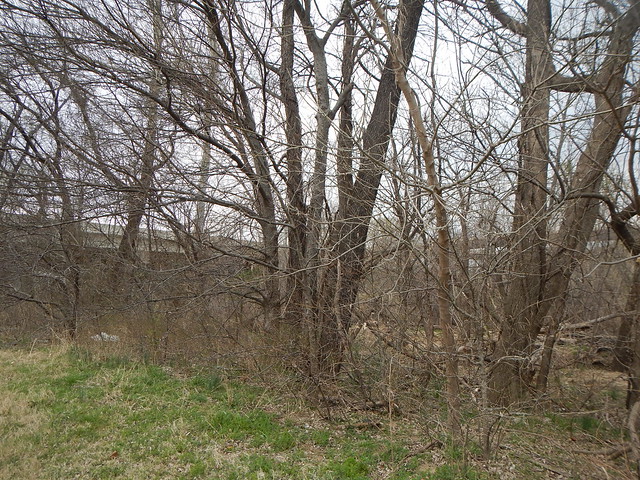 So anyway we got to ground zero (that is geocacher lingo, for the place where the cache is supposed to be) and placed a new one. Somewhere in the woods above. Then we headed back. 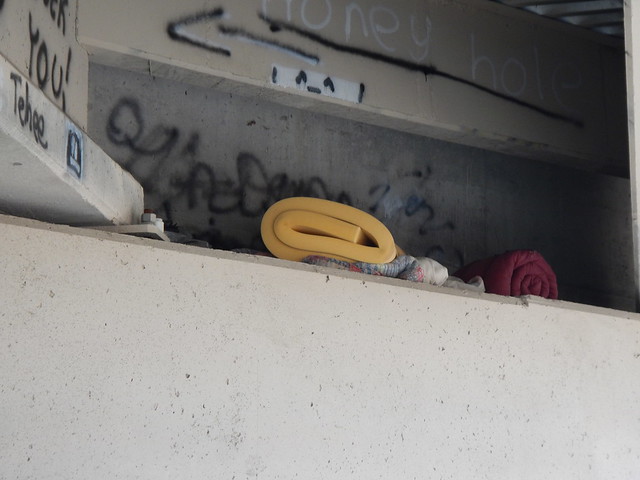 We passed a homeless guys place. This kind of puzzled me. Most homeless guys camp near where they can get food and water. This place is a long hike for either. Oh well. 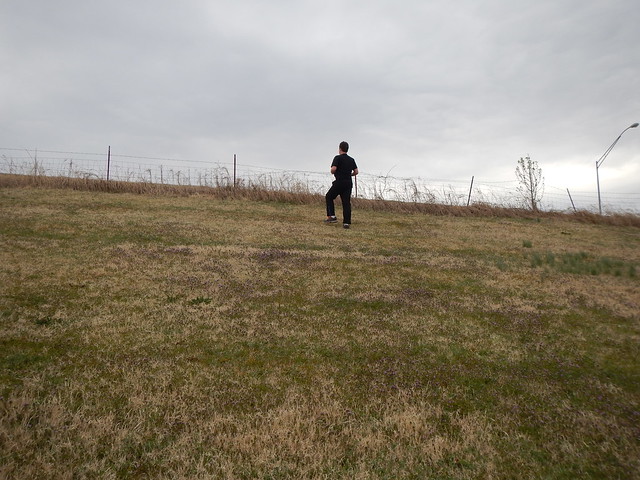 On the way back, we ran up the hill again!! Just for the heck of it. 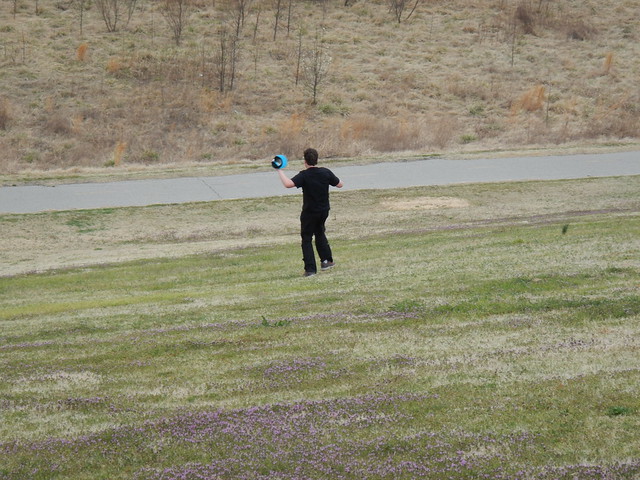 There he goes down the hill. I like how he is holding his hat like a cowboy holds his cowboy hat. Logan is a native Okie you know. 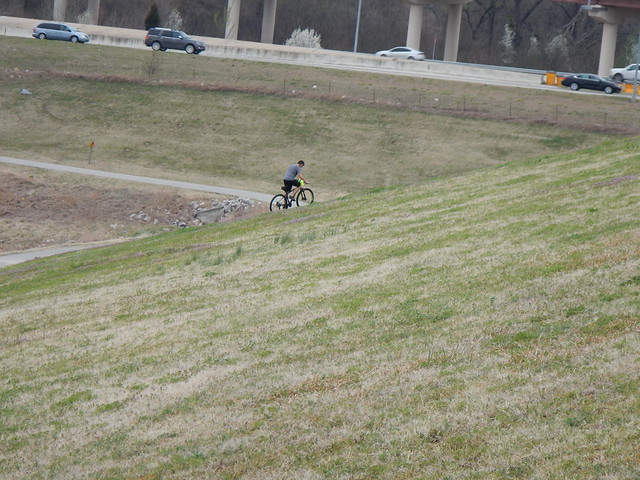 And then a cyclist came by and went up the hill by diagonal. No way that Alan Bates could do that.

Anyways a good time was had by all. The cache was replaced, we got some fresh air and exercise and a lot of fun. Logan still hates geocaching but he is starting to run/walk with me a little bit and I’m loving that.