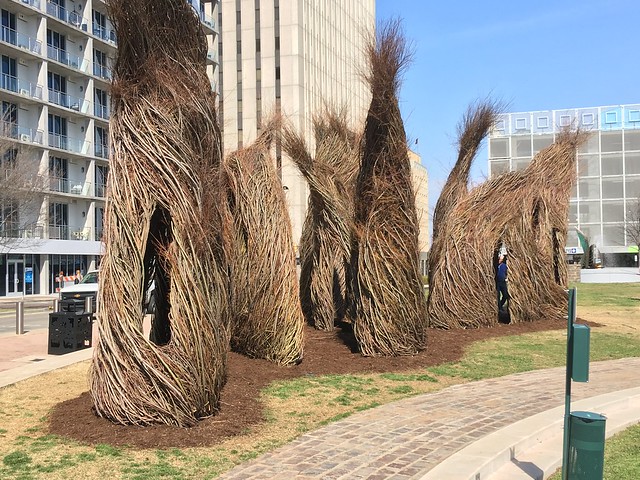 We have something new in downtown Tulsa. Stickwork artist Patrick Dougherty, with a lot of help, installed “Prairie Schooners” at Tulsa’s least used park, Chapman Centennial Green on the south edge of downtown. The project was sponsored by the Urban Core Art Project. 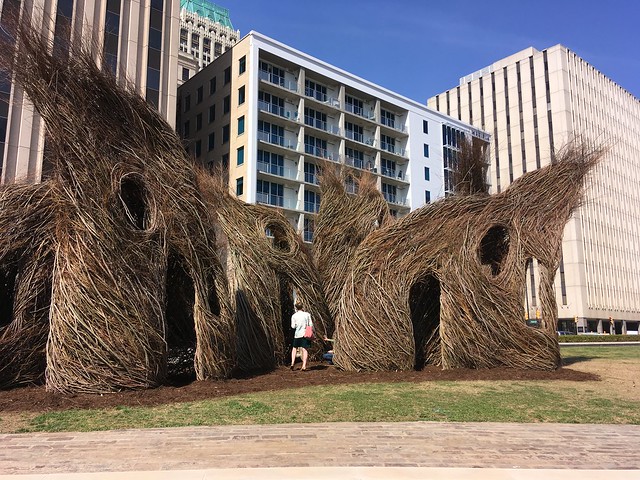 It is made up of branches and sticks from trail cleanup and tree trimming projects here in Tulsa. They are in there very good. The day I took these photos there was a gale blowing downtown and the structures were not going anywhere. The tops were waving about fairly well. I don’t know how they rooted the structures in but they in good. 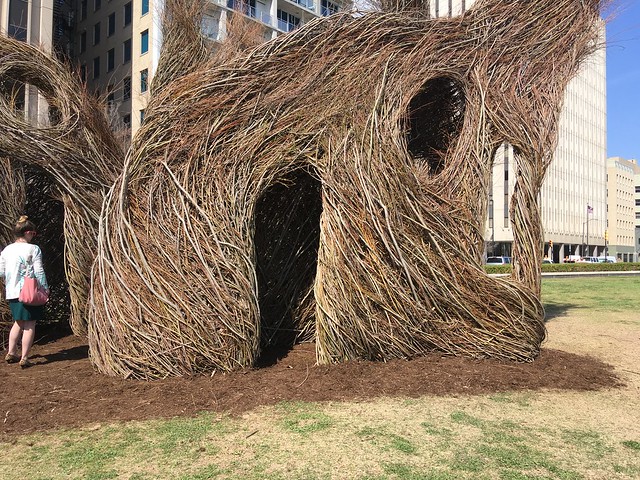 Prairie Schooners is what the covered wagons that the pioneers used to go west and steal land from the Native Americans. I can see the resemblance to that. It also looks like sailboats out ocean. 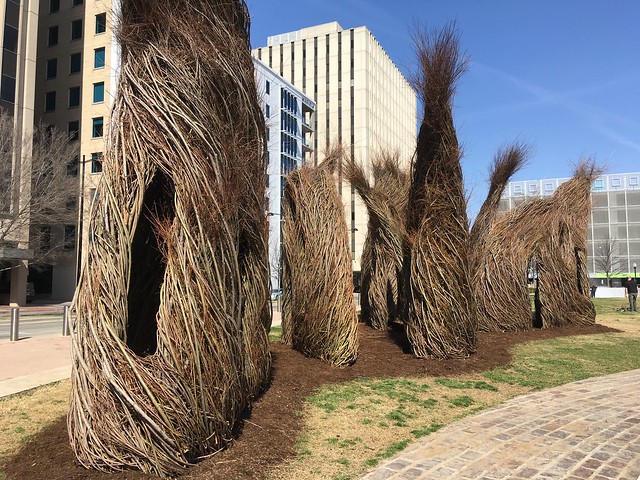 The structures bend and wave in the strong wind and seem almost alive, they way they move. They look ghostly. 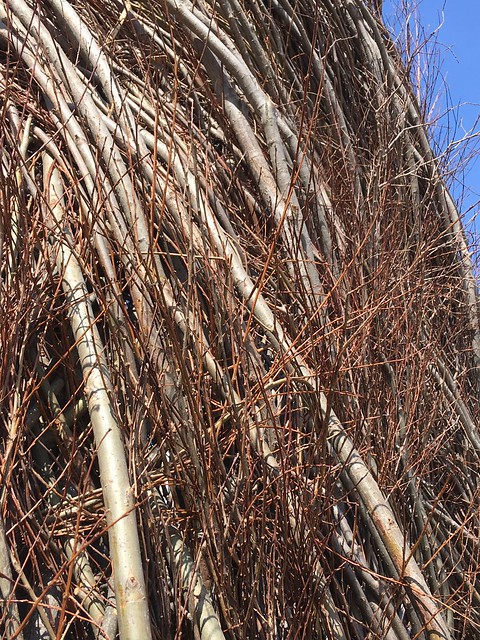 An example of the complex and very strong weaving of the natural materials used to make the structures. 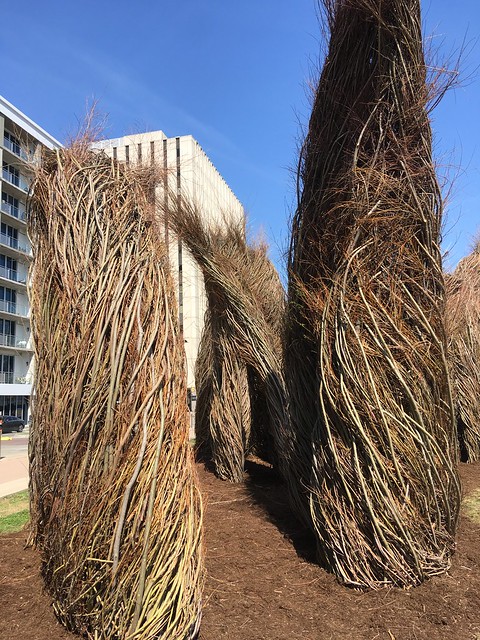 They are very complex and make little rooms and there are no “Do not touch” signs anywhere. The place invites touching. It’s a very happy place. 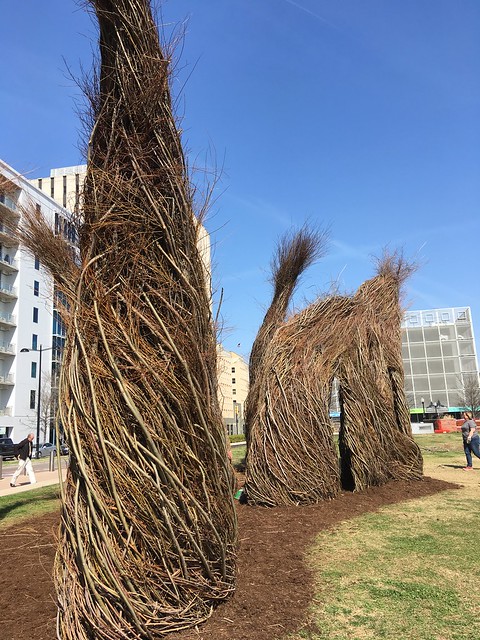 It is due to be installed for a year, until March 2019, so you got some time to check it out yourself.