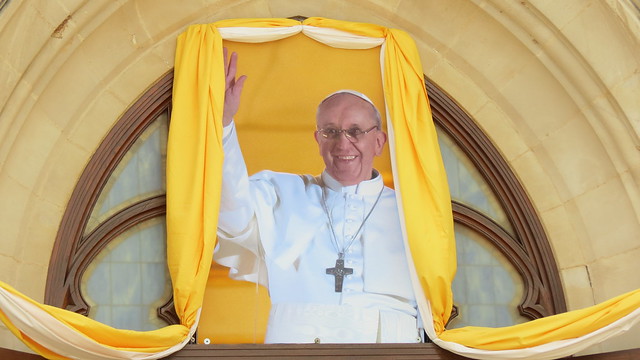 Strangely enough, the photo of a banner of Pope Francis at Tulsa’s Holy Family Cathedral is the most popular by far of the 46,000+ photographs I have on Flickr.

We have been having a welcome break from the whole Donald Trump/ Hillary Clinton thing now days. Pope Francis has come to America and America likes it. His message of compassion seems to be touching a core to many of us Americans who are tired of the way things are. It seems to be an emotional experience for many of us, even us who are not Catholic. One of the things that interests me is that an Oklahoma Native American ballet company will be performing a small piece for the Pope Sunday in Philadelphia. The Osage Ballet Company based in the tiny little town of Oklahoma will be presenting a segment of Wahzhazhe a ballet made specially for them. The connection between the Catholic Church and the Osage tribe goes back to 1673 when Father Jacque Marquette evangelized the tribe. 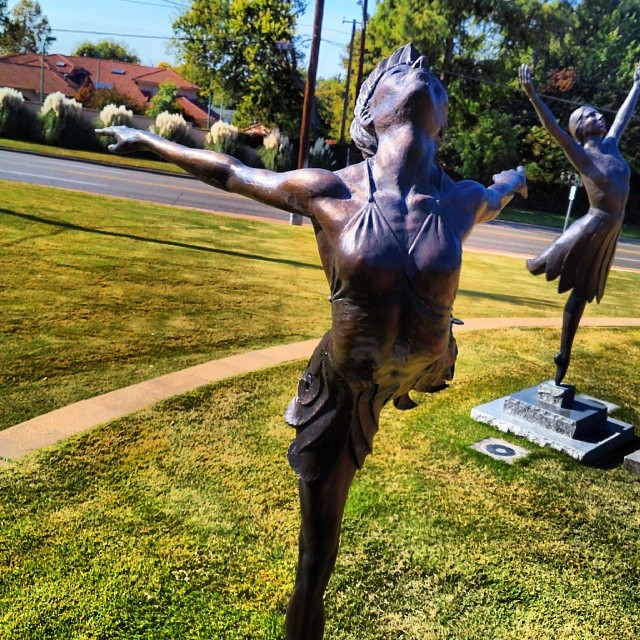 The Osage tribe is no newcomer to Ballet. Two sisters, Maria and Marjorie Tallchief, both members of the Osage tribe were important dancers on the international dance scene. She was America’s first Prima Ballerina.

Maria Tallchief’s “Sugerplum Fairy” made the “The Nutcracker” America’s most popular ballet. Maria Tallchief passed away in 2013. 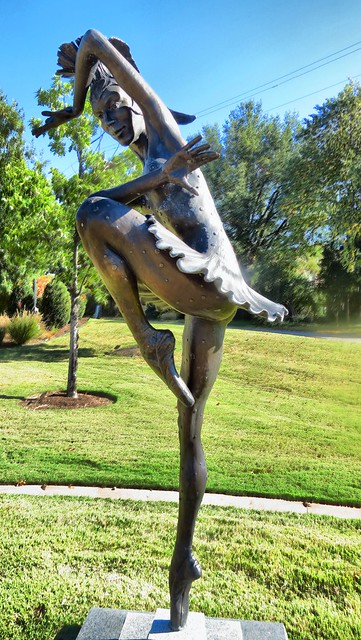 Marjorie Tallchief is Maria’s younger sister and also a great dancer. She was named “première danseuse étoile” of the Paris Opera Ballet. She is retired now.

Both Maria and Marjorie Tallchief are named “Oklahoma Treasures” as two of five Native American Ballerinas who became became famous internationally for their ballet dancing. The others are Yvonne Chouteau, Moscelyene Larkin, and Rosella Hightower. Collectively the five ballerinas are known as the “Five Moons.”

Anyways, I think the Pope is a little over-scheduled in his trip but I hope that he enjoys the brief performance by the Osage Ballet Theater during his time here in the USA.