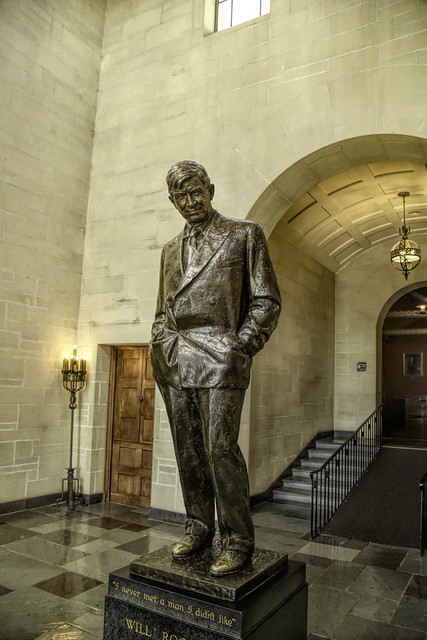 My brother Bob and I drove to Tulsa suburb of Claremore to visit the Will Rogers Museum. Will Rogers may be the most popular Okie ever. Even more revered than Garth Brooks. Will Rogers was a humorist, author, actor (both film and broadway), radio personality, author, and columnist. He was known for his folksy ways and friendly demeanor. His most popular saying was that he “Never met a man he didn’t like.” He was born on November 4, 1879 on a ranch near Oolagah, Oklahoma and died in an airplane crash in Alaska on August 15, 1935. 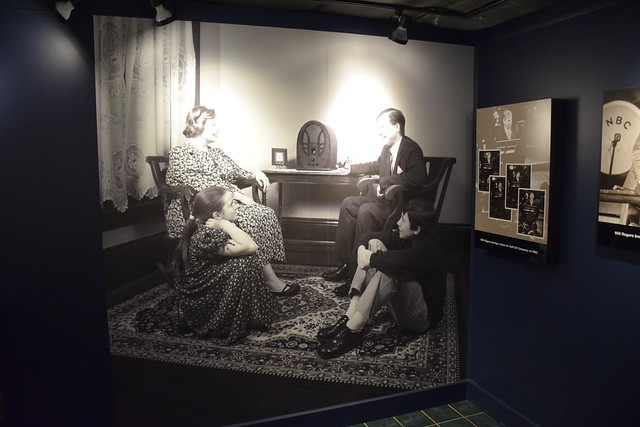 He grew up ranching of and worked his way into wild west shows and later vaudeville doing roping tricks. Later he was in Broadway plays and movies. 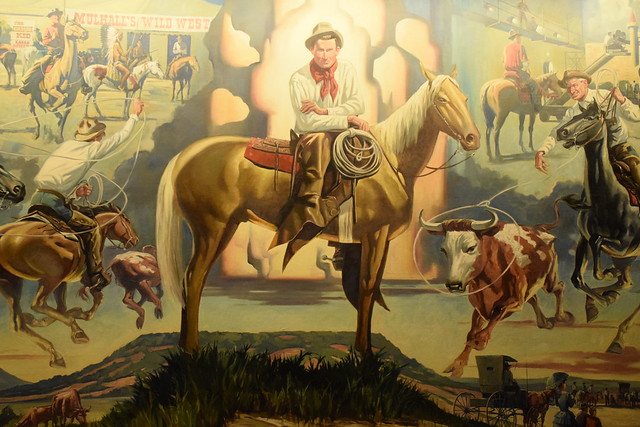 The museum is chock full of Will Rogers information and art. Their are statues of him, art of him. They have film clips of him. And all sorts of information about him and many of his possessions are on display including a large collection of saddles. 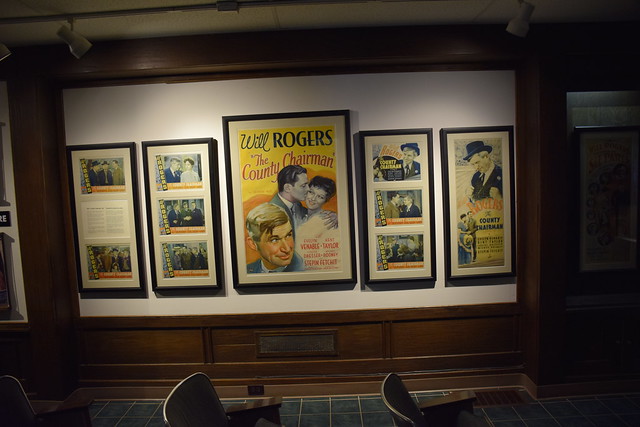 I loved all the movie posters. They have mock ups of the various rooms in his house in California where he lived when his film career blossomed. The museum is very nice and you can tell that it is a labor of love for the staff and volunteers that work there. You get a very good sense of the man. Talented yet humble and a very understated manner of speaking. I left there wondering, “Who is our Will Rogers today.” 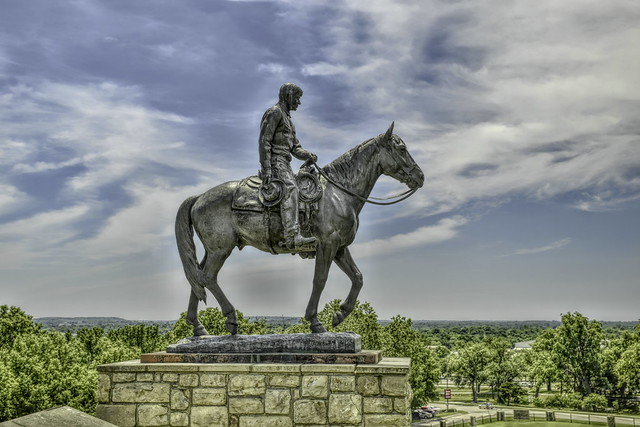 Will  Rogers is buried on the grounds there on a site overlooking the beautiful hills of Oklahoma. I love this statue that they have near the grave. 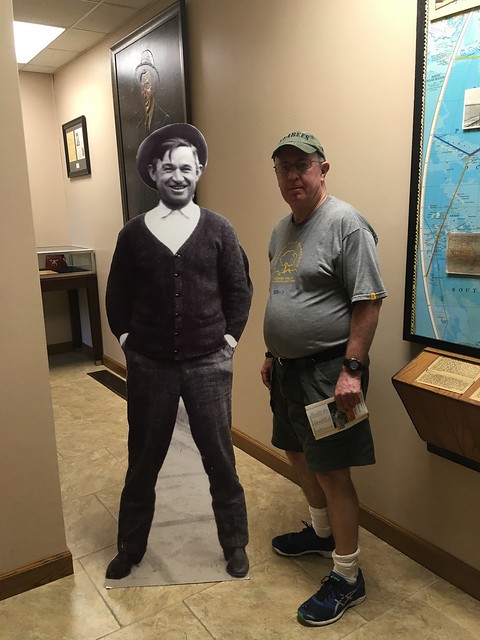 Here is a carboard cutout of Will along with my brother. Sorry about the dark shot. 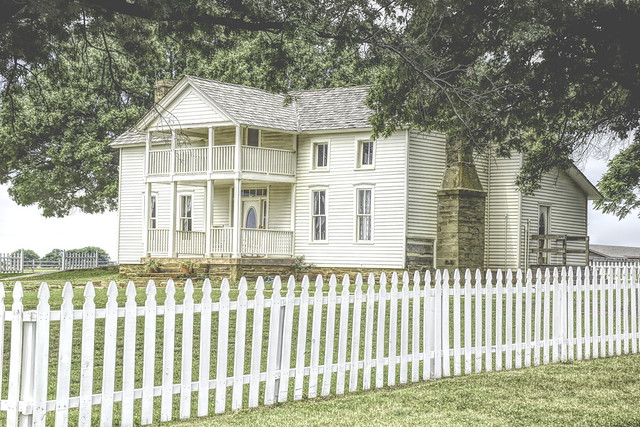 Soon, I will have a post about Rogers’ birthplace in nearby Oolagah. Brother Bob and I ventured up there after our visit to the museum.

If you want to visit the Will Rogers Museum click on the link. They have lots and lots of information including the basics such as where they are and when they are open.