A couple weeks ago while driving through Kansas City on my way from Tulsa to South Dakota I saw a very striking building next to the freeway. I took the next exit and made my way to it. 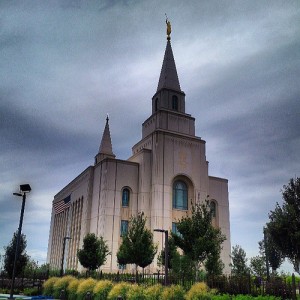 Turns out that the building was a brand spanking new Mormon (Church of Jesus Christ of Latter Day Saints) Temple. Ground had been broken in 2010 and it was dedicated in May 2012. 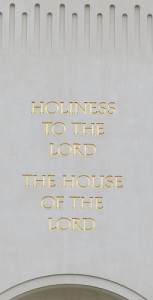 The thing about the LDS Temples is that once they are dedicated they are not open to the public at all. Beforehand though they offer tours to the general public. I toured the Oklahoma City Temple in 2000 before it was dedicated. The exterior was not as spectactular as this one in Kansas City but I was struck by the exquisiteness and craftsmanship of interior in both the building and the furnishings. Here is a link to a chuch site that explains the purpose of temples among other information. 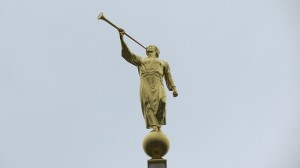 Here is another site that has a lot of information about the this temple in particular and temples in general. Turns out that the LDS Church dedicated two other sites in Missouri back in the 1830’s before the church and is members were driven out of the state so the temples never got built. So the dedication of this temple was especially meaningful to members of the church.