Thursday night for Sweetie and I ventured out to the Cherokee Tribe’s Hard Rock Casino in the Tulsa suburb of Catoosa to see Chris Isaak play at The Joint. The Casino’s very nice (and non smoking) music venue. 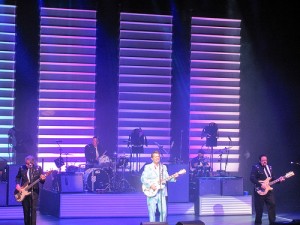 I’ve had a passing interest in Isaak’s music for years. There is nothing like seeing a performer live to making  one a fan. 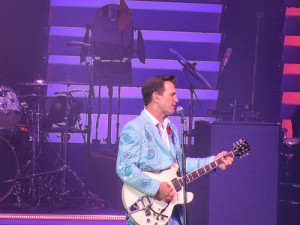 Isaak’s voice is strong and clear, his band is very tight (He said that they have been playing together for 27 years.) It wasn’t long before Isaak had the audience dancing in the aisles. 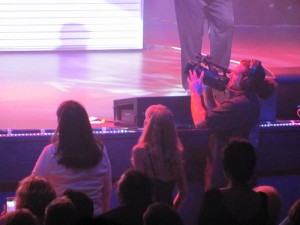 And up on the stage! He kept trying to shoo the ladies over to the bass player. 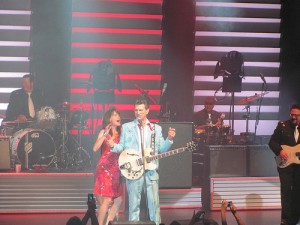 Some of the women who couldn’t dance were updating their status. 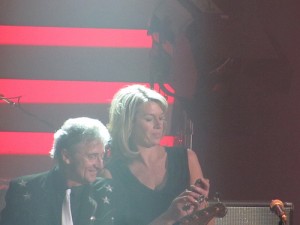 Sweetie and I were talking about what kind of music that Isaak plays. We decided that he has rockabilly influences. 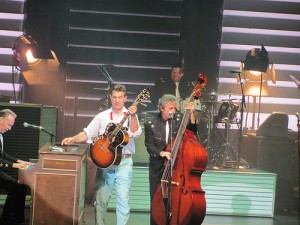 I found him to be very funny. He was fully of self depracating droll one liners. Plus he took lots of shots at his band especially the bass player. 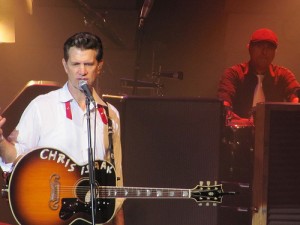 The music was great, the Joint’s acoustics were perfect. It was a perfect concert.

And it featured the world’s biggest blowup doll. I mean if you like that sort of thing. 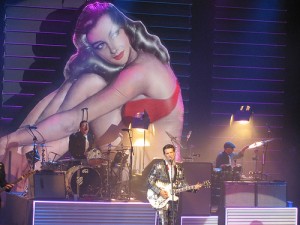 He sang and played the guitar for over one and a half hours. 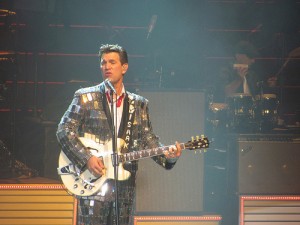 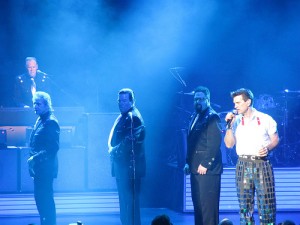 I strongly recomend seeing him live. I understand that PBS is televising one of his shows. I’m going to watch it. If Sweetie will let me have the remote one of these days.