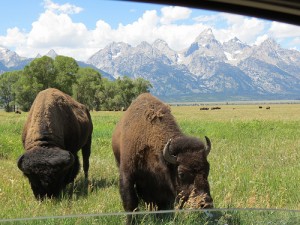 We saw lots of bison during our recent trip to the Grand Teton National Park in Jackson Hole, Wyoming. 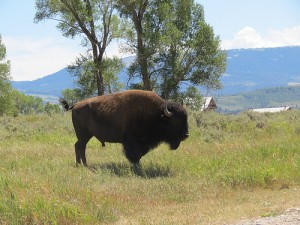 These animals are big.  They didn’t seem much bothered by all the people around but I gave them a wide berth. I have a feeling that if they decided to chase you it could get serious very quickly. 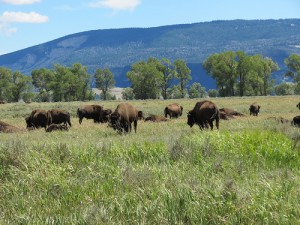 There is something about watching bison that is pretty cool. It is great to see them in the wild. 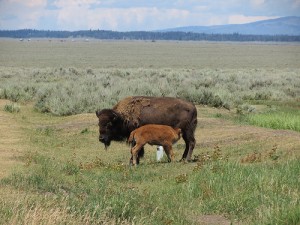 This trip we didn’t get close to the Tetons except for a brief restroom stop at the park visitor center in Moose. Away from the crowds there is more room and quieter. The park headquarters is right under the flight path for the Jackson airport. A steady stream of corporate jets was quite irritating. It’s like the 1% were piling into the valley for a last stand or something. 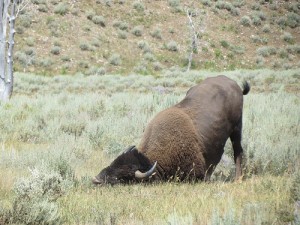 Out on Antelope Flats where the bison were things were much more primitive. If you want to call digital cameras with zoom lenses primitive. 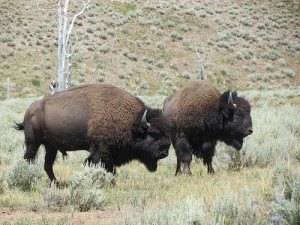 I just couldn’t get enough of these guys. 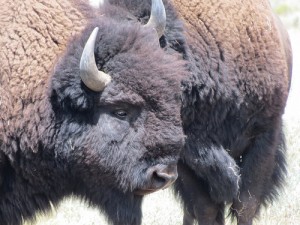 They have such small eyes for such large animals. I guess they see what they need to.