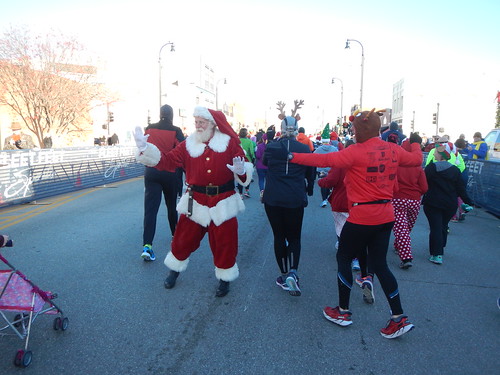 They had a cool and very engaged Santa at the race. He was giving out high fives, especially to the kids. I like active and engaged Santas. I still have a bone to pick with him about the ever increasing amounts of coal I get in my stocking every year.

Saturday I ran in the first ever Rudolph 5K in Broken Arrow. It was only my second race since I screwed up knee on a trail race on Labor Day and the first race where I was going to try and run the whole way. 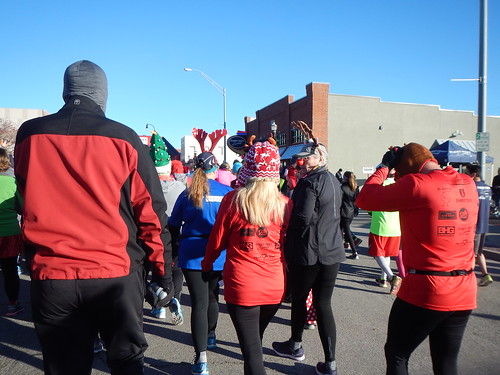 People dressed up with reindeer antlers and red noses and all sorts of costumes.

I went through a couple months of rehab on my knee and about a month on my own doing the stretches and exercises that the Physical Therapists taught me. 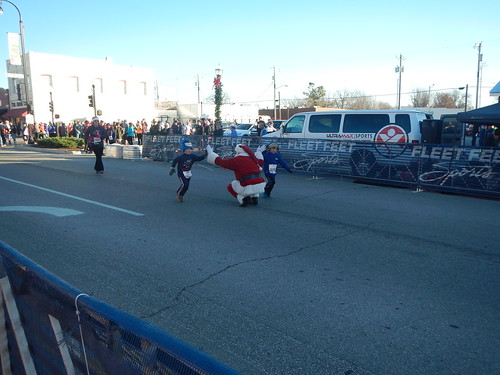 So I pretty pleased, I was able to run the entire way though pretty slowly. My knee felt fine before, during, and after the race so getting faster is now a matter of training and conditioning. I never was very fast. My motto has always been to start slow and then taper off. 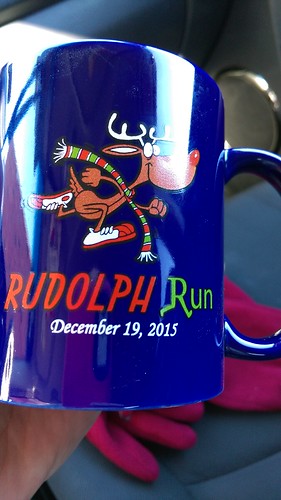 I appreciate the organizer of the race, Fleet Feet Sports, and all the other people including volunteers that it takes to put on an event like this.