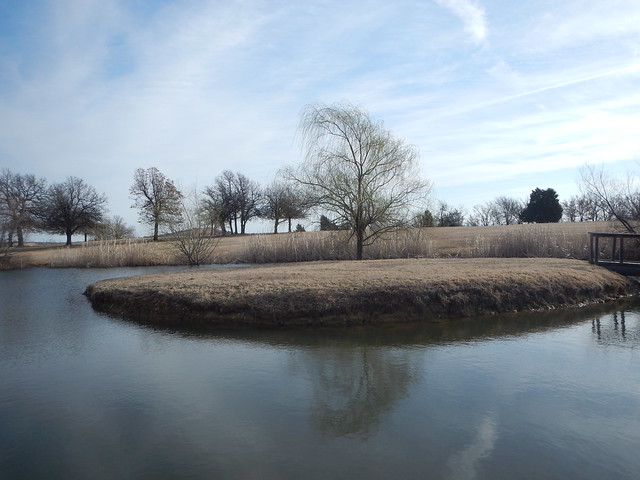 Sunday I ran the Quarter Marathon Race of the Post Oak Challenge. A series of distance races over two days at the beautiful Post Oak Lodge in the hills north of Tulsa. 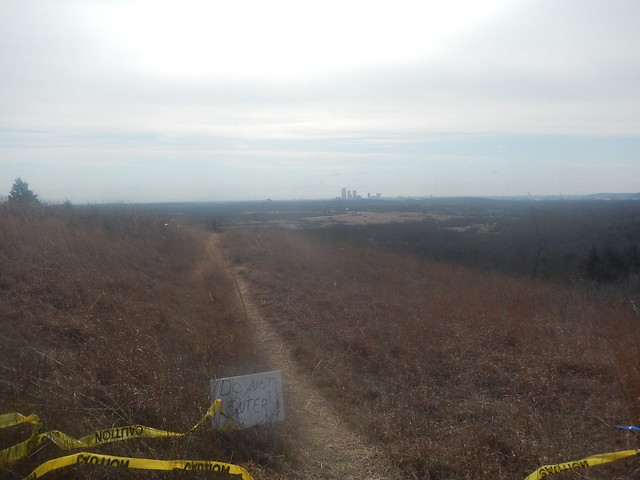 A nice view of downtown Tulsa.

It was my first trail race since I hurt my knee last September and my longest race at about 6.55 miles since then. 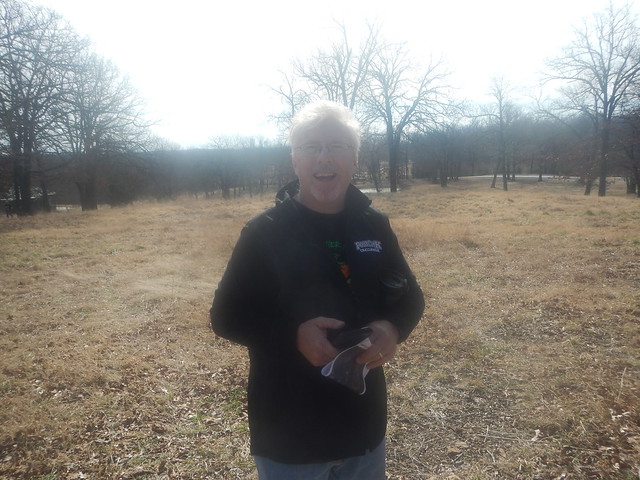 One of the grand young men of trail racing in Tulsa, Trail Zombie.

Usually I lope along and take lots of pictures and sample all the food and beverages and chat and visit. This time I sensed I might get an age group award so I hit it hard. Well, for me I hit it hard. I still walked a lot. 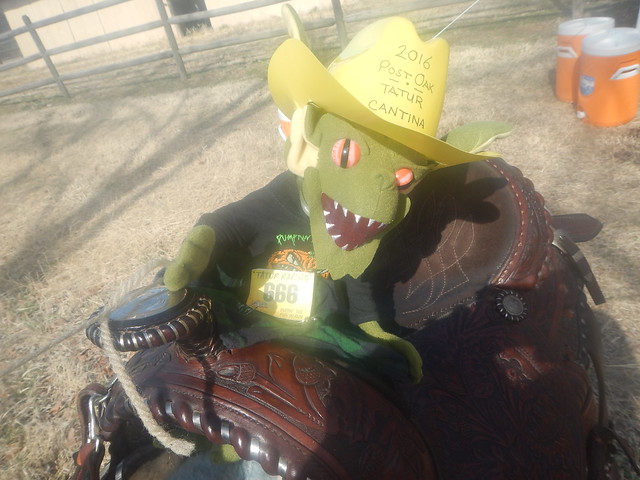 Trail Zombie’s TATUR Cantina at the race. The best aid station out there. All I had was a fireball shot.

Starting about a mile and half into the race I fell in with a group with good pace for me. We’d break up at the aid stations and then reform later on. 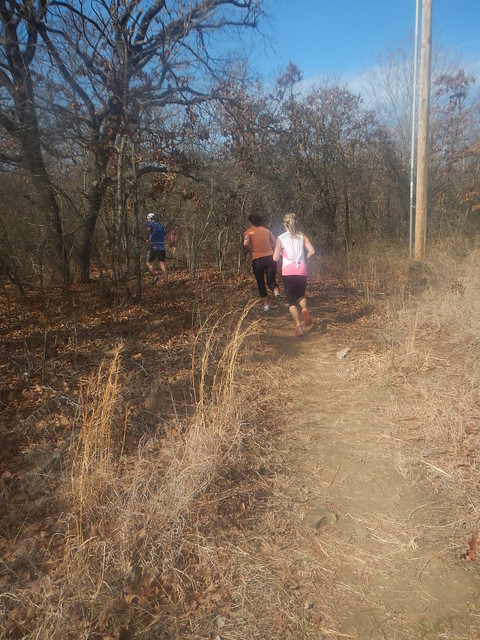 Heading up the Hill from HEll.

All the races go up the “Hill from Hell” a very long hill that doesn’t ever quite quit. I walked a lot of it. 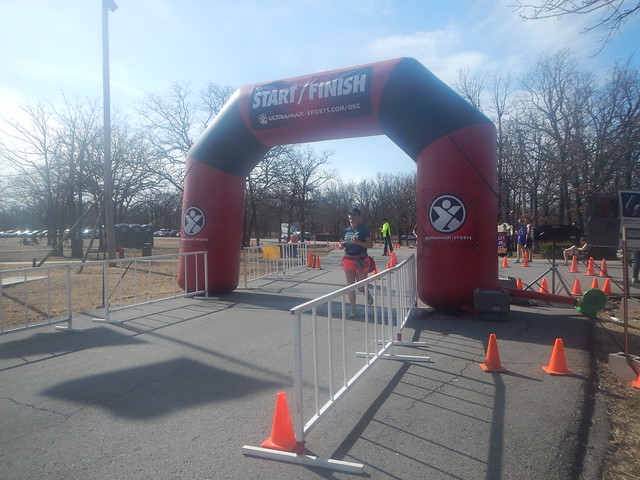 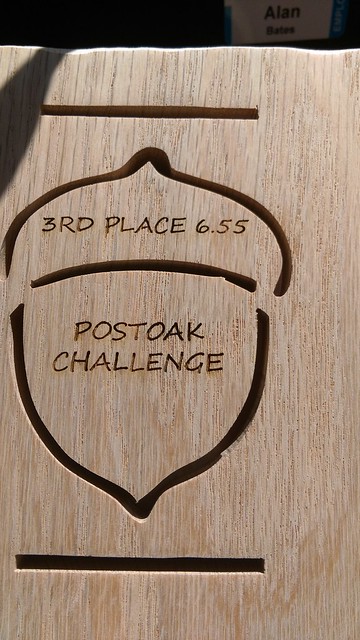 The preliminary result was that I got second in my age group. I was handed later on the third place award.

Turns out the final result was that I got second!! I don’t mind though. Also note that there were only three of us guys in the age group. The way I look at it is that the rest of the age group in the Tulsa area were still in bed, or drinking coffee. Or maybe they were running the half and and full marathon’s today.