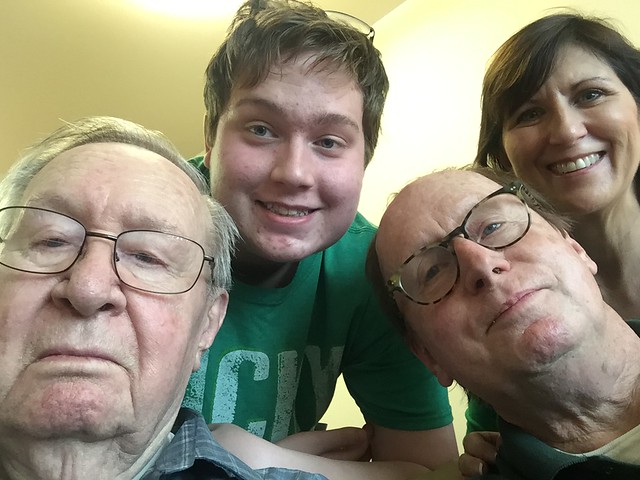 This Spring Break all three of us flew up to Idaho to visit Dad and see how he is doing. And we took a couple of selfies while we were there. Those are big broad smiles above for Dad and I. 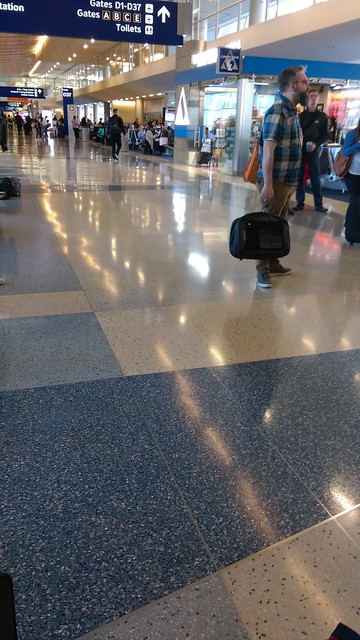 Our trip started out very stressful. We had a late flight out of Tulsa and then a nice connection to Denver so it was like hop, step, jump. That went away with a call from United who said that our flight from Tulsa was going to be delayed an hour so we would miss our connection and they had routed us through Dallas and Salt Lake City via American and Delta instead but we would have to hustle to the airport to get that started. So talk about a mad rush that didn’t quit. We sped to the airport and got checked into American just tin time, then flew to Dallas and changed terminals and endured some hassling from the gate crew about our carry on luggage but who led us board when they figured out that because American and Delta have severed all intercompany ties that indeed they couldn’t check a bag through to our final destination. Then to Salt Lake City where we arrived we spanned the the longest length of the airport and then into Idaho, way past our bedtime.

I don’t know about you but I hate flying. I hate the airlines, all of them. The people who work for the airlines though in general try their best to make things work for their customers. 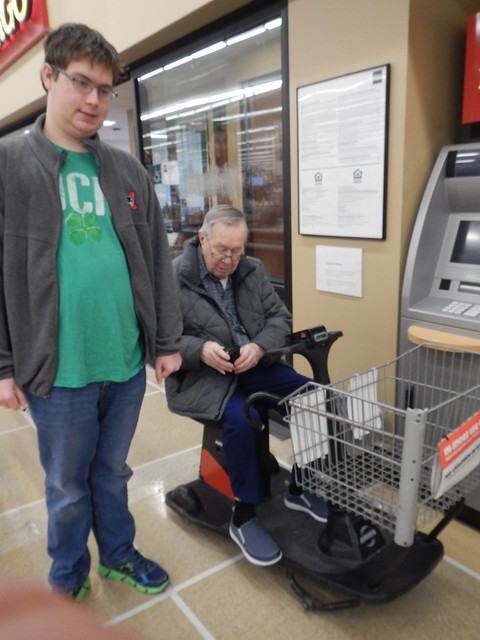 While in Idaho, we took Dad shopping. 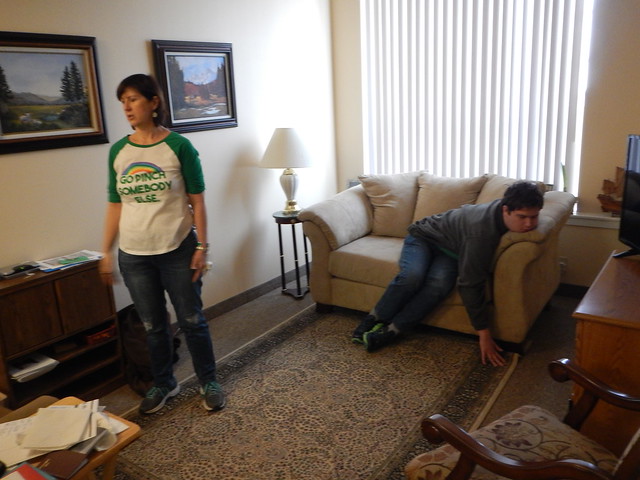 And we (Heather)  rearranged Dad’s apartment. 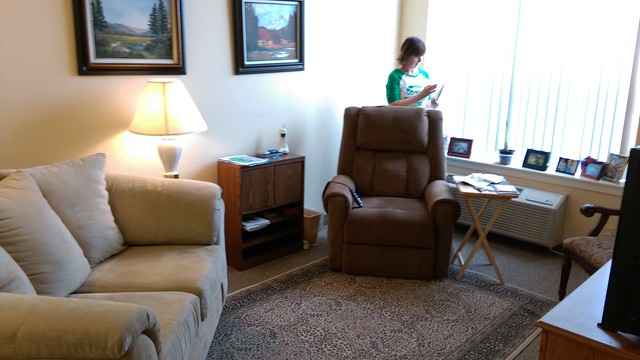 Heather is a championship furniture re-aranger. Dad wanted to be able to see who is coming in the front door. So we’ll give this a try. 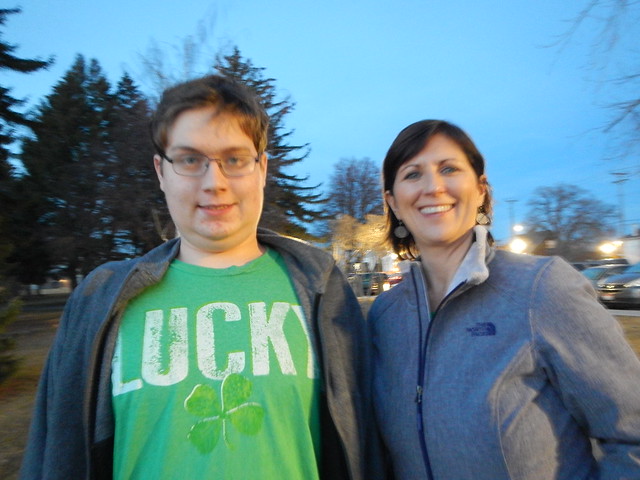 We had a little bit of fun.  We went for a walk on the Snake River trails.  About five minutes after I snapped the photo above, son while running sprained his ankle and banged up his knee. Oh well. It was a nice five minutes. 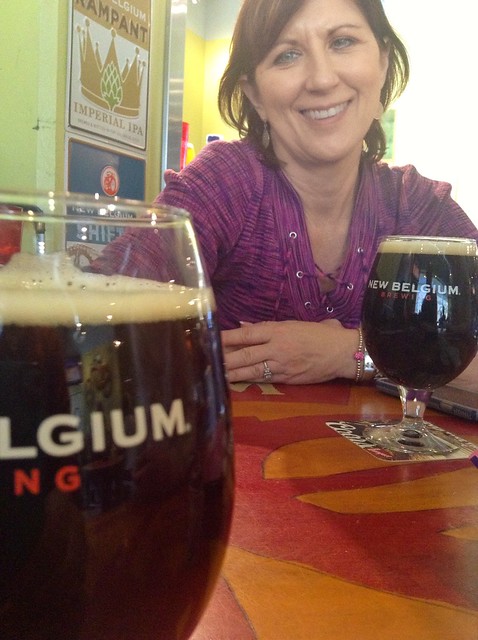 Our flight back was a lot more relaxing. We had a long layover in Denver but we had a leisurely dinner and enjoyed a lot of great people watching.

So that was our Spring Break. How was yours?