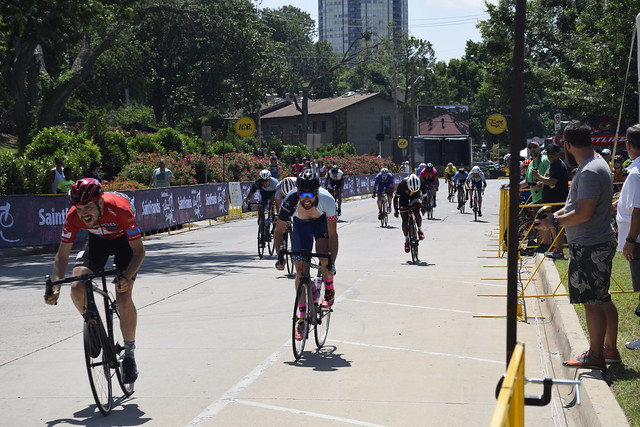 This past weekend was the annual Tulsa Tough bicycle racing festival. A collection of bicycle races and other events over the course of three days. The popular events are the Crit Races or Criterium Races which are races over a relatively short loop with multiple laps. The first two crit races are close to downtown and Sunday is the day for the River Parks Criterium which features a loop that includes a steep hill and a very sharp turn onto Riverside Drive coming off the hill. 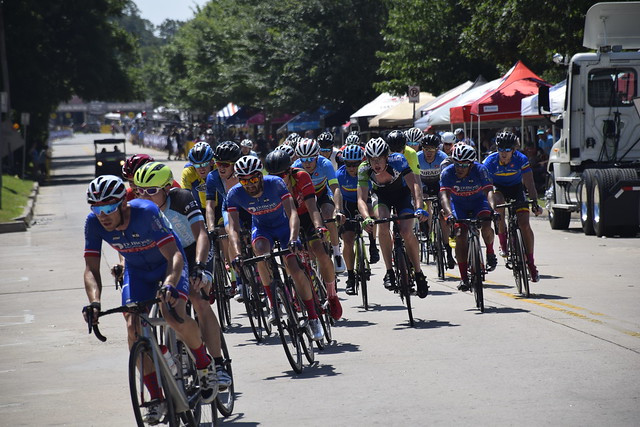 Tulsa Tough also has longer road races, called Gran Fondos, and for posers like me they have a short Townie Ride. I was going to do it this year but maybe next!! 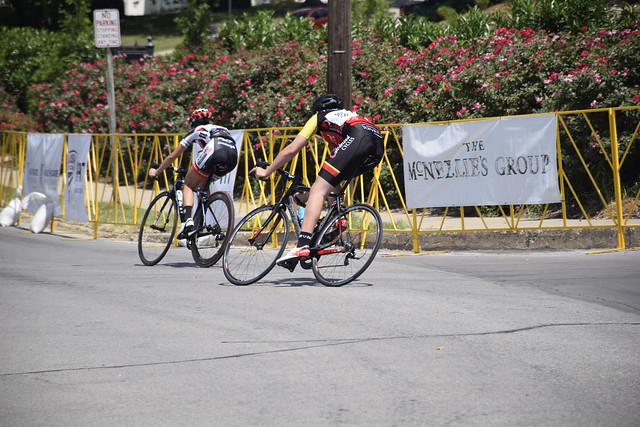 I attended the River Parks Criterium again. For fans it is like two different races. Down on Riverside drive there is a long straightaway and corporate hospitality tents and everything is very calm and sedate. 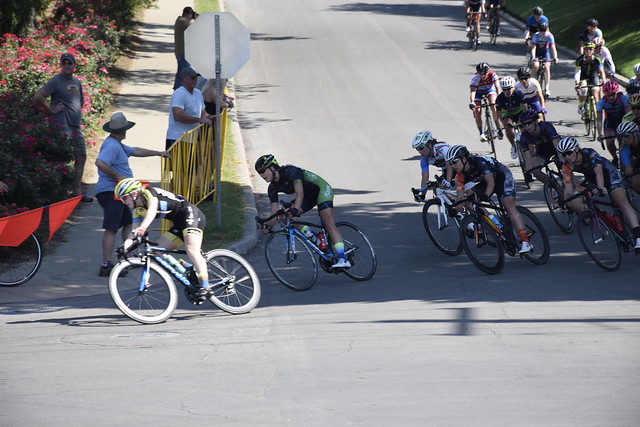 Above shows the high speed sharp turn off the hill back onto Riverside. Lots of crashes happen here as the riders are bunched up, turning, and braking to get back on the long straightaway. 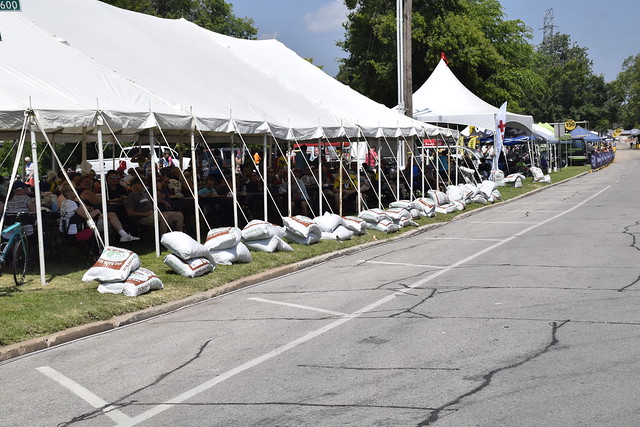 This tent is close to the sharp turn onto Riverside. The bags of mulch are to protect the riders who lose control of their bikes and crash into the tent. See the Red Cross flag at the far right. I was standing there when one of the medics told me. “Hey Dude, do what you want but we put the medic tent for a reason, when they lose control off the hill they land right here, so if you stay, be alert.” So I moved.

Riverside Drive is where the Starting Line is and everybody stays pretty mellow. 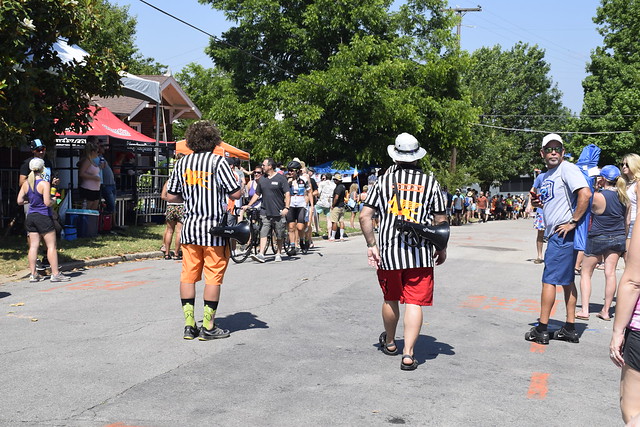 At the top of the hill on the other section of the course is Crybaby Hill. The course is a relatively narrow residential street and and this where things get interesting. The races are going all out to get up the hill and the fans are there yelling at them and ringing cowbells and having a good time. There have enough people that they have the people in the referee shirts above who are charged with keeping a lane open for the racers. “Minding the Gap” they call it. 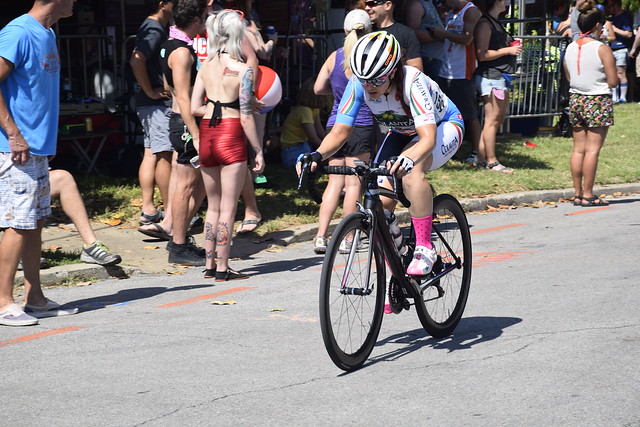 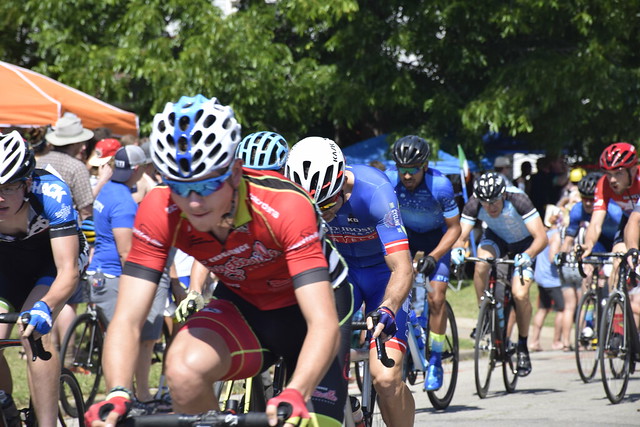 The racers are working very hard though. They come from all over the US and overseas to compete. The popularity of the event is growing rapidly and it really is a Tulsa happening. Especially Crybaby Hill.  Below is a short video of the racers coming through. I would be good for one loop but these guys and gals do it over and over.