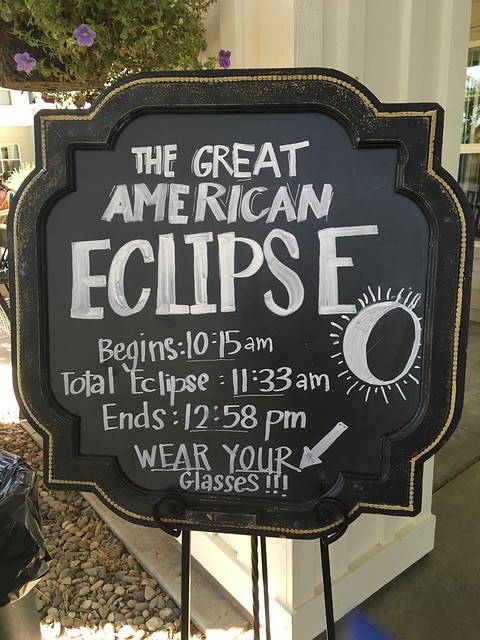 I got to see the Eclipse in Totality in Idaho Falls, Idaho. My dad’s assisted living center had a viewing organized for the residents, staff, and guests. My sister had already bought me a pair of glasses.

They brought out a bunch of chairs and provided refreshments and snacks. They had a narrator also telling us what was going on. 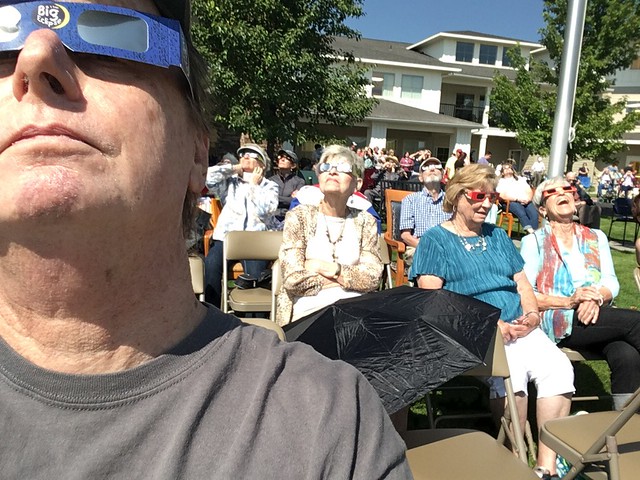 So I got out there kind of late. The sun seemed as bright as ever but you would tell that the temperature was lowering and a breeze was picking up. Also, as the eclipse progressed, it didn’t seem to get that much darker until the very end but we could hear the crickets start chirping and the birds started singing. Right before totality it started getting notably darker.

It got pretty dark but there was light on the horizon for 360 degrees around us. The narrator told us that we could take our glasses off and look directly at the eclipse. I didn’t bring my good camera, just my cell phone. 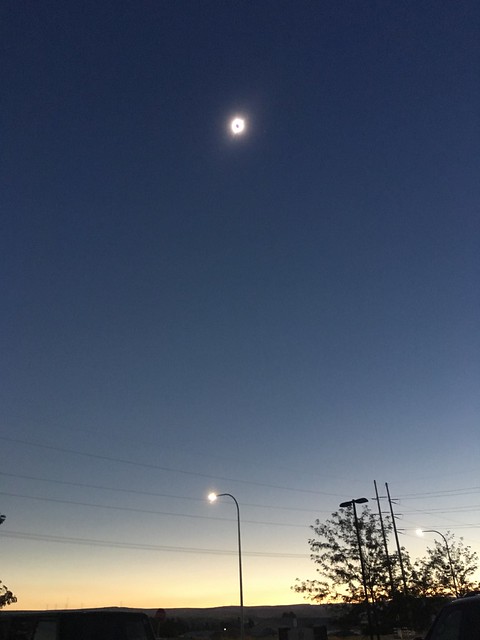 When we took off our glasses off, everybody gasped. I have not seen any photographs yet that gives the experience justice. 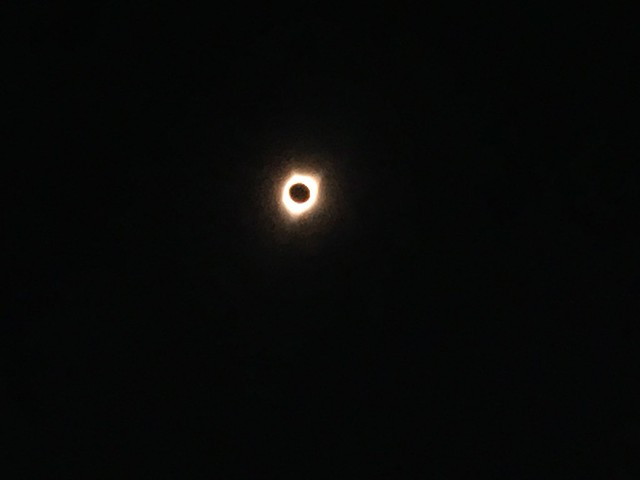 It was like living, breathing physics and astronomy and was a little overwhelming. I can understand a little more why people spent such vast sums of money coming from all over to experience.

The next total eclipse coming to the USA is on April 8, 2024 and is nipping the very southeastern corner of Oklahoma. The above is a NASA map of the route of totality. I’m going to do my best to experience it again.