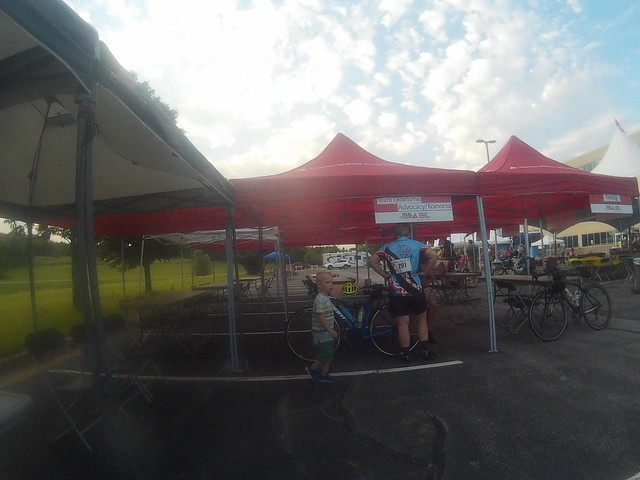 Saturday morning I participated in my first ever bicycling event, The Tulsa Tour de Cure , a fund raiser for the the American Diabetes Association. It is a ride, not a race and so the vibe was friendly and loose. I’m okay with friendly and loose. 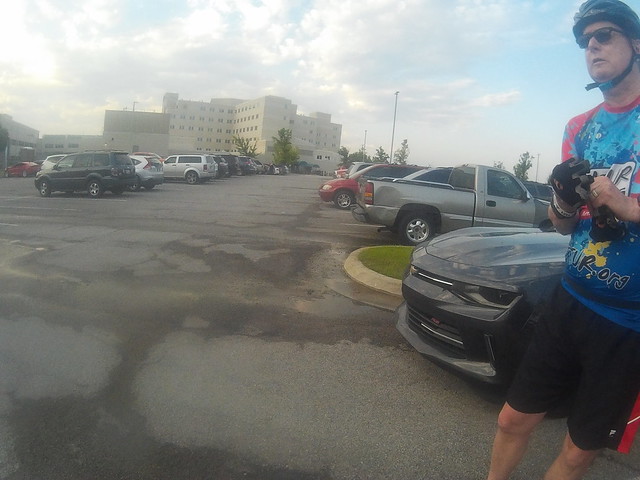 So no race, means no timing. The announcer said lets go and everybody kind of moseyed out. I waited and moseyed out pretty close to last. 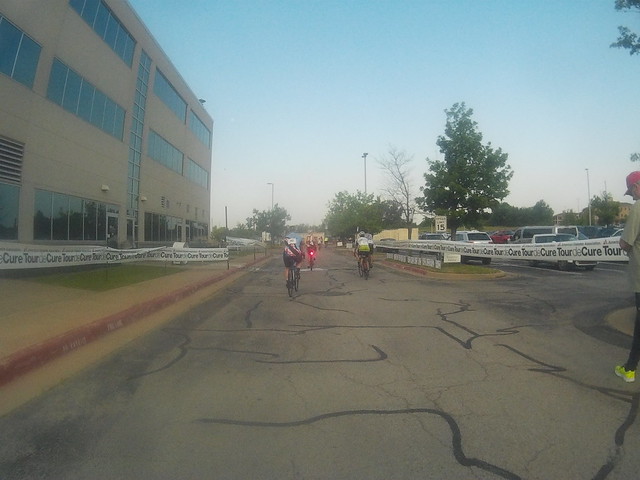 There they go! We had a police escort the first six or seven miles which was handy. We were on two lane city and county roads with lots of stop lights and the police waved us through the lights. 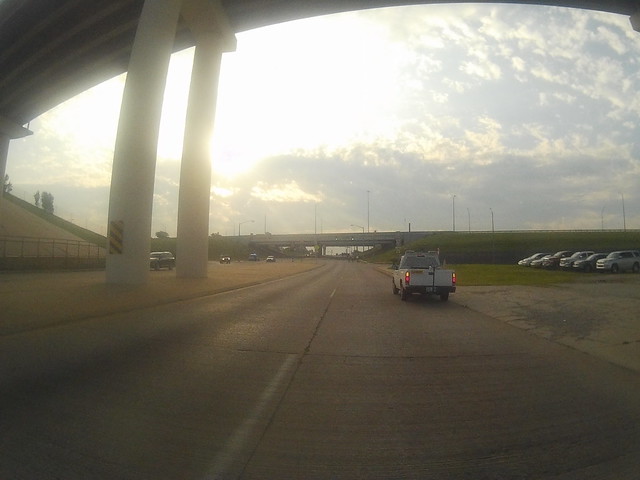 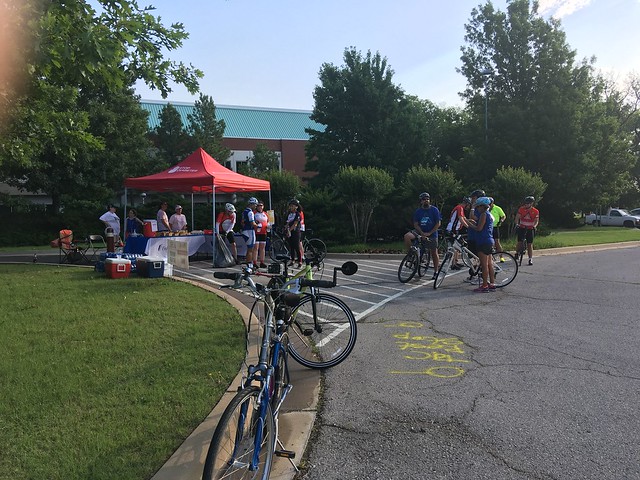 About eight miles in we came to the first rest stop. And did I need it. The weather was hot and sticky so I downed a bottle of water and several cups of gatorade and a half of a banana and off I went again. 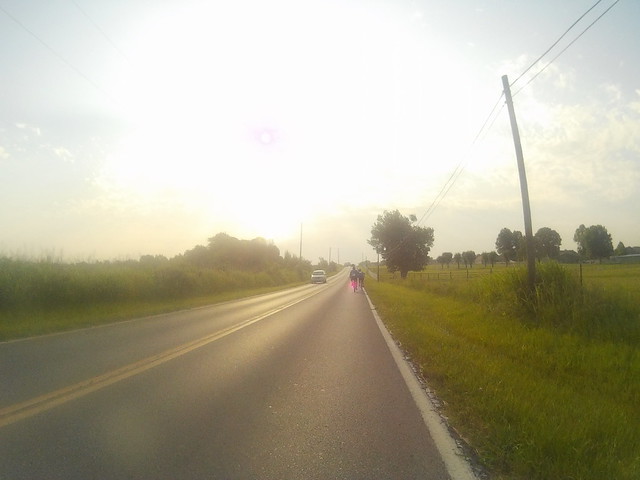 The ride was hilly and windy. It took me a while to get used to riding on the road and having cars and trucks passing me. The drivers were cautious and there was only one that I thought got a little close for my comfort.  I pretty much do all my riding on trails which is great but after a while you want different routes. If I decide to ride roads I’m going to get me some front and rear led safety lights. Many of the riders had them and it really made them stand out a long ways away in broad daylight. 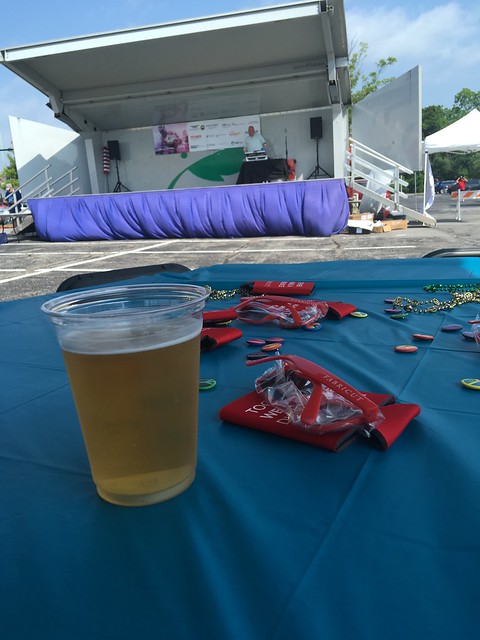 I finished and had another bottle of water and a snack and then a couple of cold beers. Lunch was catered by Naples Flatbread and it was great. I had a turkey guac wrap and it was good. The finish came just in time. I have never cramped during a foot race but I felt it coming on during this event along with a general just feeling zapped. And my butt hurt big time. I’ve had biking shorts before and they don’t seem to help. 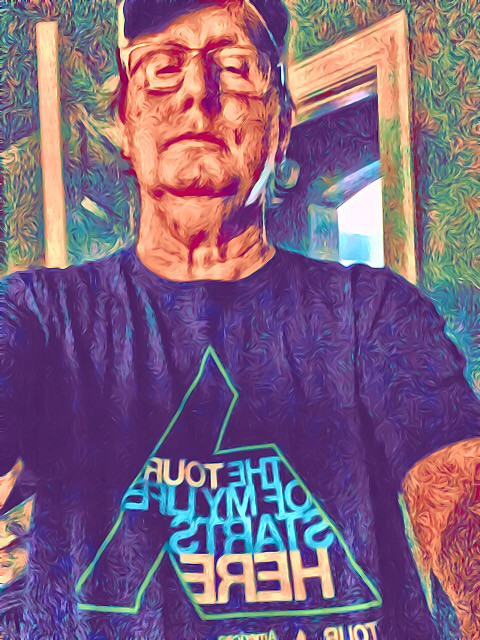 And here is the shirt. I used a cartoon app that opens up in selfie mode. For some reason it does a mirror image. Oh well.

So this place hit all the buttons for a great event.

Great cause – check
Multiple events – check – they had various bike rides and a run and a walk. Something for everybody.
Support – check – the Broken Arrow police were plentiful and very helpful. Their were several trucks patrolling the course and I noticed that they hauled several riders in who were having problems with the heat.
Facilities – check – lots of tents for shade and portapotties
Rest stops – two of them with water, gatorade, snacks.
Friendliness – lots of gabbing going on.
Beer – check!
Food – check
Extras – check – they had a guy who could really sing perform the National Anthem and the Muskogee Creek Tribe provided a color guard. That was very cool.

So a great event. Thanks to the American Diabetes Association, the volunteers, the fellow riders, sponsors, and everybody else associated with the event.

Here is a relive trace of the run. Relive is very flattering because their videos are designed to meet the one minute Instagram video limit so it makes one look like he was hauling butt the whole way and doesn’t reflect the struggle into the winds up the hills. I love relive.

And here is the Garmin version showing the struggle up the hills, into the wind, the dawdling at the rest stops, the extreme gearing down.