I’ve been experimenting some more with my new pinhole camera. This time I loaded it up with some ISO 100 speed film which is pretty slow. Some of the shots required up to 45 seconds of exposure time. Sunny shots required about two to five seconds. Needless to say a tripod is required. Keep in mind there is no lens. Instead the camera has a whole 0.25 mm in diameter. Which of course is pretty small. So it takes a while to get enough light in there to take a photograph. The PinHoleMeter iphone app that I have on my Ipod Touch is invaluable for this process. 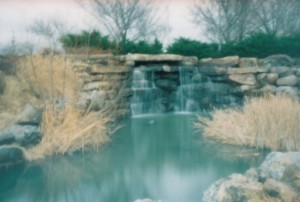 First I went to Centennial Park on Friday. It was quite overcast and so the exposures were taking a while. I know the pics are fuzzy but I like them anyway. I am not saying that they are good, just that I am seeing some possibilities. I think they have a timeless quality about them. 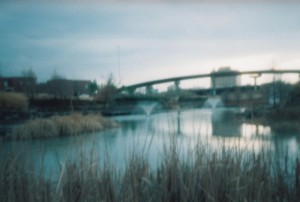 Another pic that makes me think that I need new glasses. 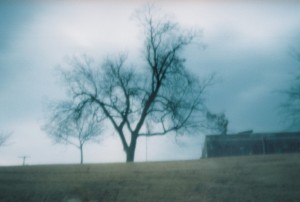 I’m kind of in a bare branch tree mood these days.

They next day was Saturday. The sun was out Saturday and brightened up everything. Plus I had a cable release in addition to the tripod. I was having to hold the shutter open before and that adds to the unclearness. Anyway Saturday I was at Swan Lake Park in midtown Tulsa. With the extra light the colors pop out a lot more. 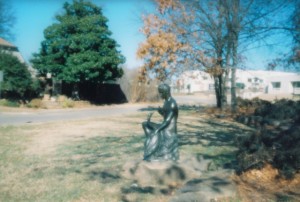 And again, I like the timeless touch and feel to these photographs. 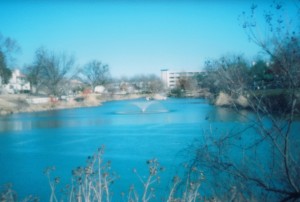 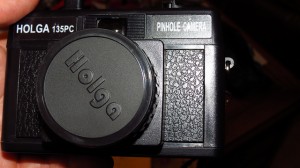 Anyway, I’m still having fun with my new camera. It is amazing to me that one can get photographs without a lens just a tiny hole.

Lessons learned so far. I think that I get far better results with the 400 speed film rather than the 100. So I’m going back to the faster film for my next roll.

Have you been amazed by anything lately?