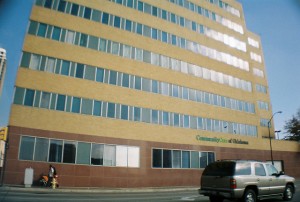 (The old Amerada Hess Petroleum building. They packed up and moved to Houston in the 90’s. They left the building though. I like all the windows and the almost ceramic finish on the lower level exterior.)

Early last week before the big snow storm I grabbed my La Sardina Lomography analog camera and went for a walk around downtown. I’ve learned a few things about my cheap film cameras over the years. The first thing is that they work best on a bright sunny day. Duhh! is what you old time film photographers say, who would never leave digital. Sorry, is what I say, not everybody is as smart as you! 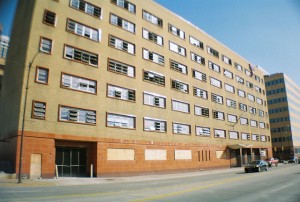 Second, you have to pay attention to the details because there is no “A” setting. I’ve learned on the Sardina that for single exposures I better have a 400 speed film or things will be dim. If I want to do double exposures I better use 200 film. 100 film, uh, no. Also, you have to manually focus and for goodness sake take the lens cap off. Film photography is expensive, make the most of it. 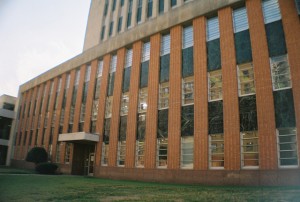 (The Tulsa County Courthouse. I’ll be visiting again to make my annual trip to pay our real estate taxes. It is across the street from the YMCA building. )

Third, you have to make yourself happy. Most people don’t understand why you are using film. Most of them happily abandoned film for digitial years ago and have never looked back and they don’t know what is wrong with you. (I’ll happily admit that a lot is wrong with me.) What of it. What can I say, I like the look and feel of the pics, I love seeing the grain of the film. Plus it is kind of like Christmas every time I pick up a roll of film. There is always some surprises and a few disappointments. 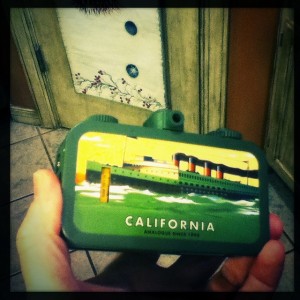 So far I have four Lomography film and three other film cameras. I hope to get another for Christmas. This one a pinhole camera. In other words no lens, just a pinhole. That’ll be fun. That’s getting down to basic.If I get it, as opposed to the lump of coal I deserve.

So that is what I’ve learned. Tuition has been kind of high. What have you learned lately?

6 thoughts on “Lessons Learned from Lomography”