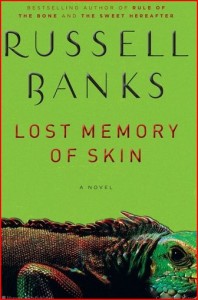 I just finished this book. It is awesome. It is about a young registered sex offender in Florida who due to the Florida residency laws can live in only one place in his county, underneath a causeway. He wears a gps ankle bracelet that lets his parole officer know instantly if he strays into a forbidden zone. 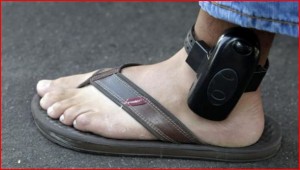 Also, thanks to an internet based sex offender registry, given his name anybody can get on the internet and find out his histroy. So for 10 years he is doomed to homelessness and despair and he never actually assaulted anyone. He was lured into what he thought was a liaison with a 14 year old but the girl’s father met him at the door. Lucky for the daughter.

The whole thing about sex offenders’ residency laws has intrigued me. Sex offenders don’t have any advocates so they are free game for any politician looking for a few cheap votes to make it harder to find a place to live. It has gotten to the point where some of the offenders have stopped registering their addresses and go underground which makes it harder to authorities to monitor them.

This book about more than sex offenders though. It is about the difference between shame and guilt, and the nature of belief and reality which is fancy way of asking how do we really know the truth about things. It is also about community and how we deal with outcasts.

The book is also about growing up without parents who care. Take my advice, care about what your kids and grand-kids are looking at online. It matters.

The book is extremely well written and kept me going to the end. I rate it four stars out of five.

8 thoughts on “Lost Memory of Skin by Russell Banks”