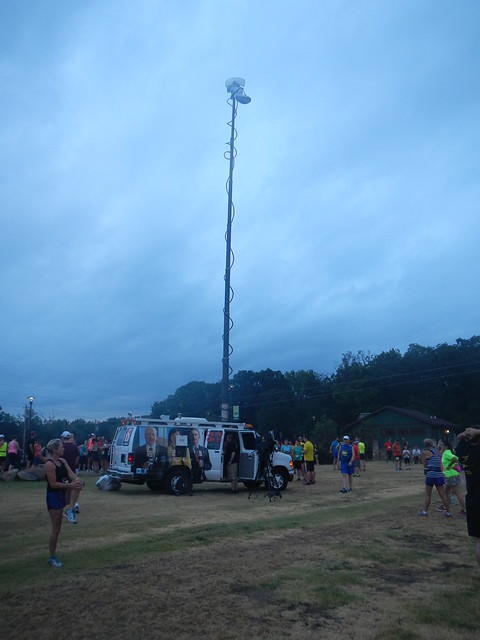 Early Labor Day morning I ventured over to Turkey Mountain for the Escape From Turkey Mountain trail race. It is five miles long and they claim that it is the oldest trail race in the Tulsa Area. This was the tenth running. 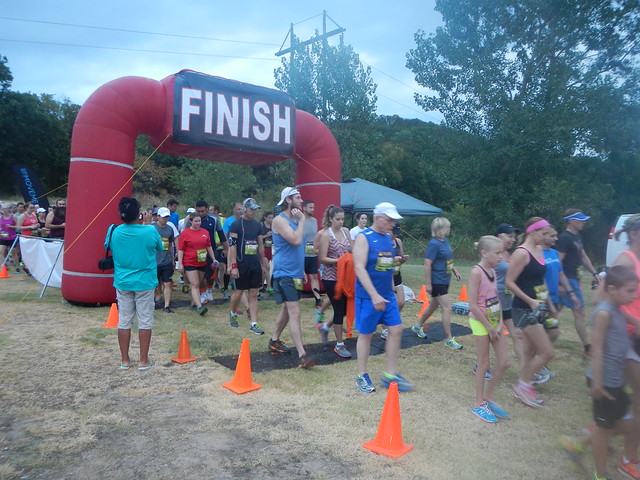 They had everybody begin by walking through the finish line so they know how many people were running and to make sure that they didn’t leave any stragglers on the course. 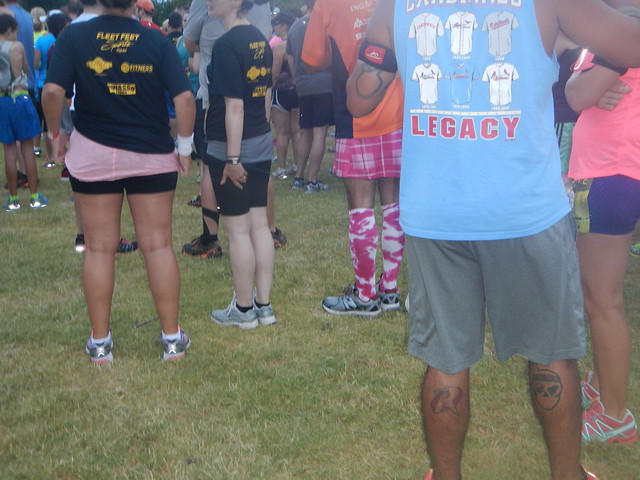 A little fashion note. A guy wearing an orange shirt with a pink kilt and leggings. 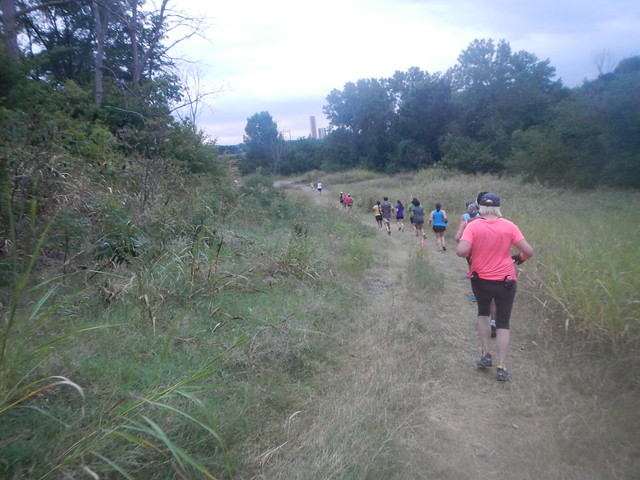 And off we went! I always start at the back and the farther the race went, the backer I went. 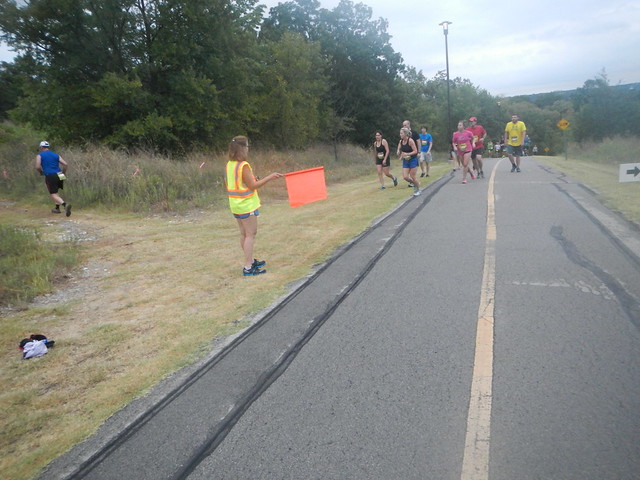 The course went this way and that way and up and down and all around. Good thing that they had traffic cops to guide us, prevent any cheating. Not that taking a few short cuts crossed my mind at all. 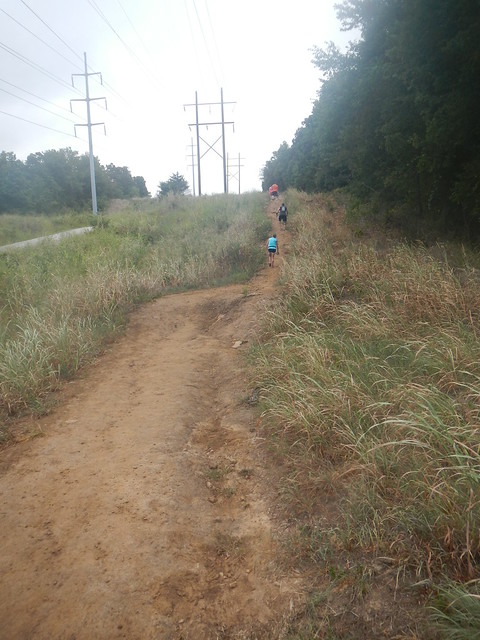 We looped back to the parking lot where those who were in the two mile fun run peeled off, lucky dogs. The rest of us went right up Lipbuster to the top of Turkey Mountain. 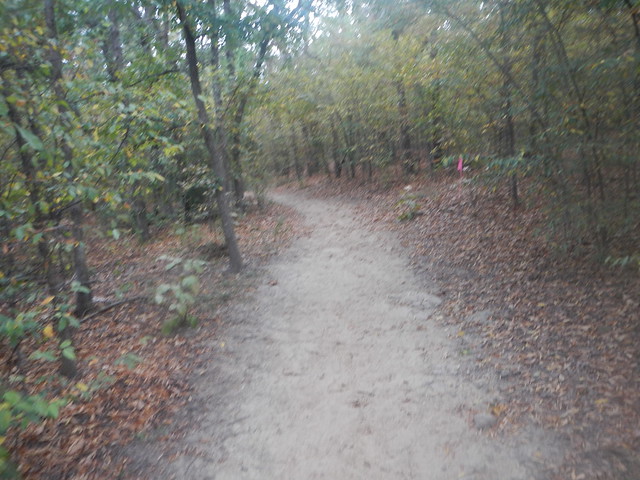 When I got to the top I was pretty much all by myself. I came up on a mother and son team who didn’t want me to pass. Not at all, but I did it anyway and then later came upon somebody else who didn’t want me to pass either and were rude about it. I don’t blame any of them!! They were about to enter Yogi’s Hall of Shame, which are those people younger than me, who are slower than I am! 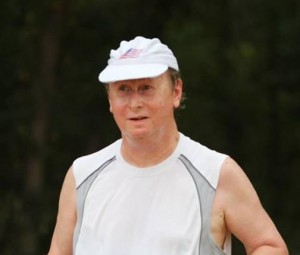 And here I am toward the finish (photo by Fleet Feet Sports of Tulsa). Notice that I am not one to criticize guys who wear pink kilts but hey, the shirt is by Kohl’s and no, my shorts were not matching.  At the finish, I got my obligatory adult malted beverage. At first they said one per person (grown) but later rescinded that (yeah!) and a hamburger.

Anyways, I finished 94th out of 96 men. So only two guys entered the Yogi Hall of Shame!! Actually, I admire and respect anybody that gets out there and tries it. So that makes me special right!! I would do it over again in a minute. Well maybe the day after tomorrow I’d do it again.

Have you run in a race lately?