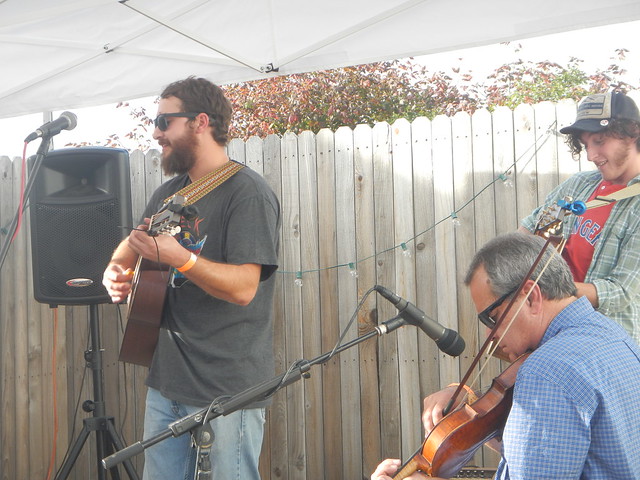 This past Saturday Heather and I dropped Logan off at his rehearsal and we went to far west Tulsa to the Prairie Artisan Ale Second  Birthday celebration. It was cool. 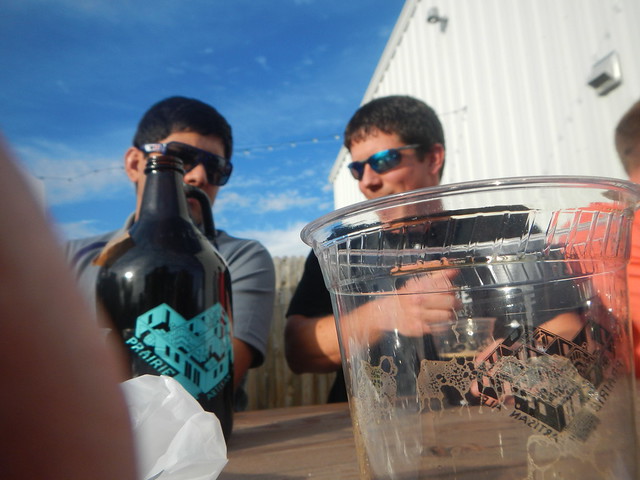 I have been much concerned about hipsters and who they are what are they about. I haven’t meet anybody who admits to being one. Logan tells me that if you say you are one then you are definitely not one. Also, if what you like turns out to be the next cool thing, then you quit doing it. It’s kind of an anti-cool thing. I don’t get it. Do you? 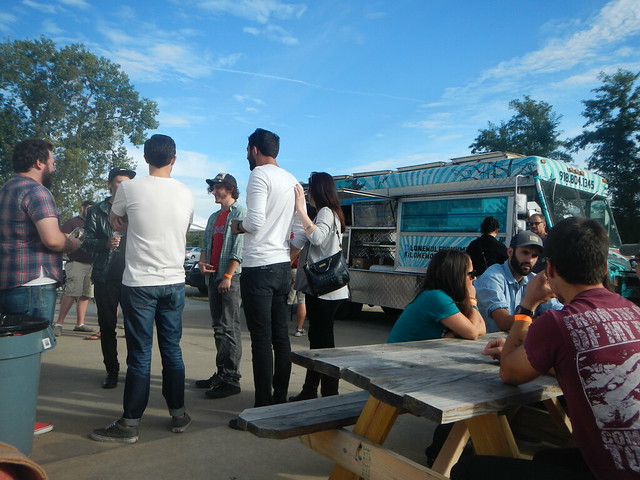 I do think that we spotted a bunch at the brewery. What do you think. We also ran into a friend of ours, John, who is quite a beer guy. He gave us a sample of some the “good stuff” that they were not giving to everybody. It was darn good.  Turns out that John and his son Josh also make a sell a beer bottle opener made out of whiskey barrels. It is called the Yopener. They sell it on etsy here. We bought one. I hadn’t tried it out yet. Besides being cool looking (I admit I have no idea how to use it, but I’ll figure it out) it’s great feature is that opens beer bottles without bending the cap. Myself, I recycle all my caps. Turns out that some collectors like to keep the caps. 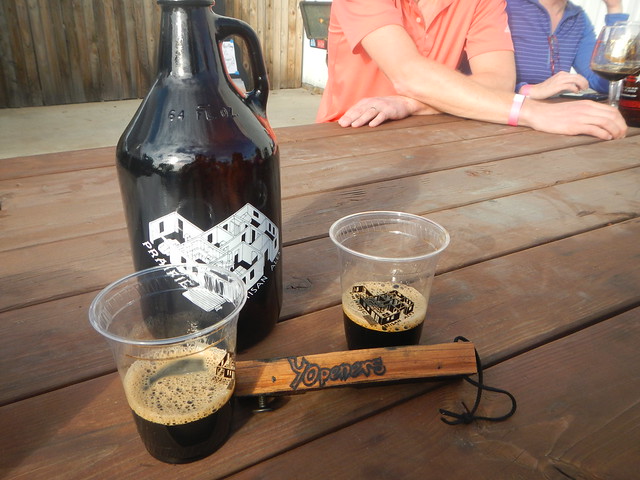 It has a magnet and I as I type this it is on our refrigerator ready to do its duty!  In the growler is a Lime Gose. A very nice sour wheat beer flavored with lime and salt. It is sitting nice and safe in my refrigerator right now. 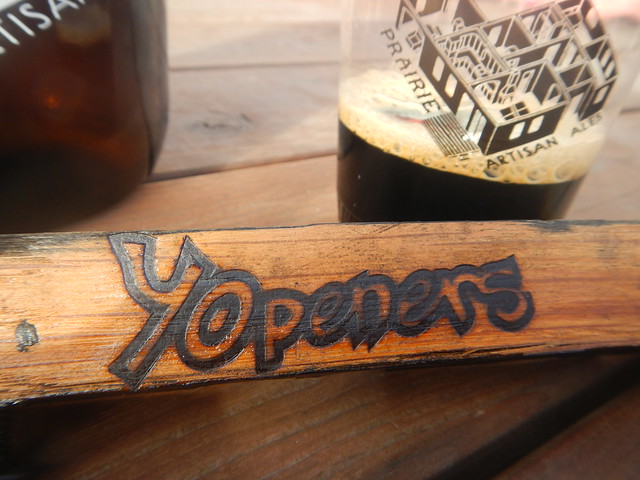 So it was a great time, music, beer, hipsters, friends, and of course beer.

So how do you keep your beer caps from bending when you open a bottle? Do you care? Do you even drink beer? And are you a hipster? Do you know any?