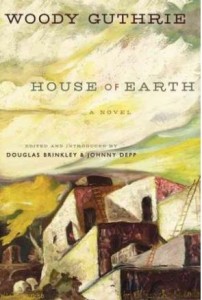 Woody Guthrie wrote House of Earth in 1949 and set in the 1930’s on a farm in the Texas Panhandle. It has two main characters Tike and Ella May Hamlin who are struggling to make a go of it sharecropping wheat on a dry farm during the depression. The book was never published until recently when it was discovered and published in 2013.

Three things about the book interested me. First the book is unabashedly political in tone. Guthrie speaks about the various interests in business and government that he thinks keep people down. Nothing surprising there, many people here in Oklahoma, where he came from regard him as a communist. Second, the first part of the book features a long very explicit sex scene that is very raw and down to earth. It will probably curl the toes of almost anybody that reads it. Toward the end of the book is a very graphic baby delivery scene. I guess the one leads to the other you could say. I am thinking no wonder the book wasn’t published, who would touch it back

The third, is the voice of the book. You can sure tell that Guthrie is a song writer. The language is strong,direct and very readable and like a song. Some books I read for the plot, others for the action, I loved this book  for the writing. Guthrie can write and comes out like a song, it flows and it goes here there and everywhere.  The writing really surprised me. I was not expecting much and boy I was surprised in a good way. I like the good way surprises. 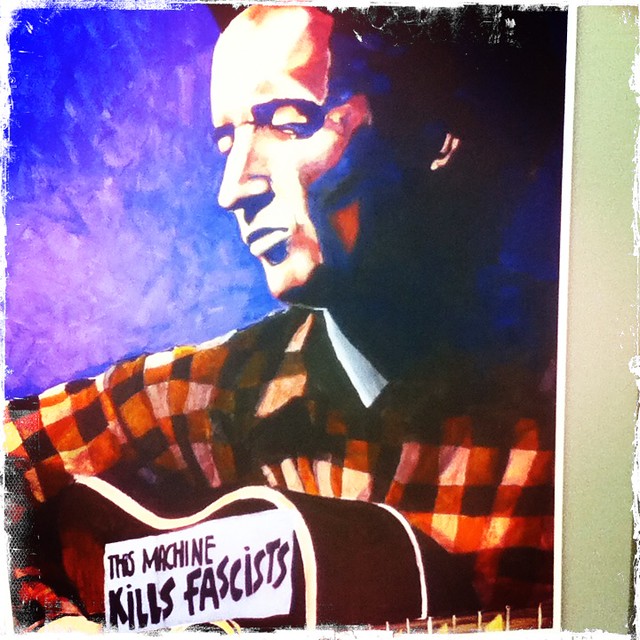 The fourth thing, and another surprising thing, was that Guthrie used the book to push adobe home construction. He saw it as a way of building inexpensive, durable, comfortable houses for the people. In fact that is where he got the title of the book. 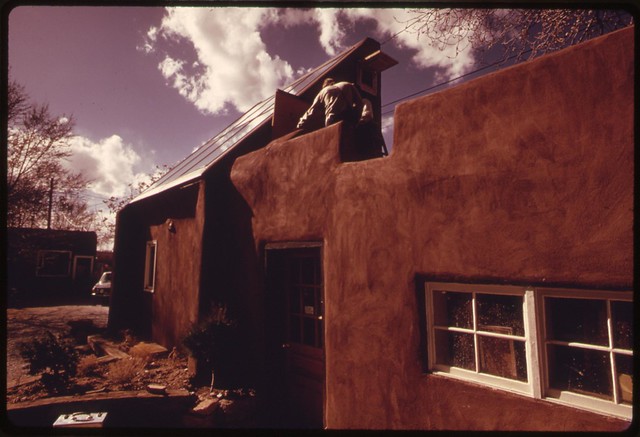 (House in Santa Fe, 1974, Photograph from US National Archives on Flickr Commons)

He spends considerable time in the book writing about shoddy wooden shacks with no insulation, termites, and rot.  Adobe is basically dried mud and comes from the earth. He saw adobe houses as houses for everyman

I don’t know how great a read this book is but it certainly was interesting because of who the author was, the intense scenes and language, and the strong (not obscene) language, plus the outspoken political tone and the surprise interest in adobe. All I can say is that I liked it.

Below is a time lapse video of the construction of an adobe house in Peru.