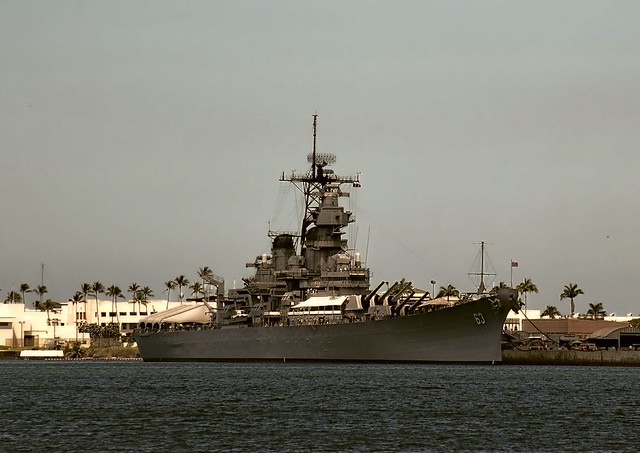 One of the highlights of our trip to Hawaii was Pearl Harbor. The old battleship, the USS Missouri is not berthed there and serves as a floating museum just down the harbor from the USS Arizona memorial. I would have loved to tour the Missouri but we were on a tour and didn’t have enough time. So maybe next time. 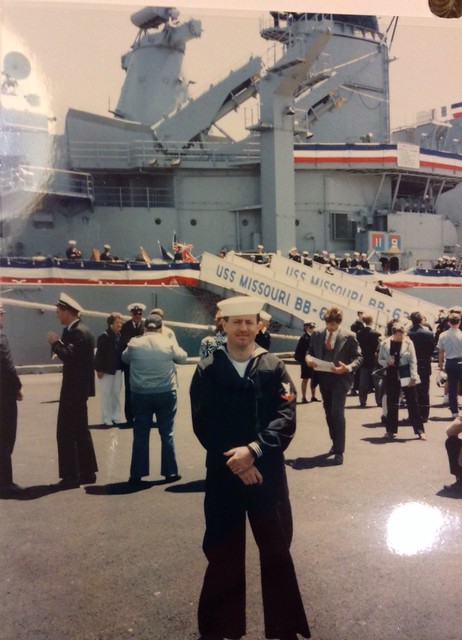 Brother Bob – all dressed up and the Mighty Mo’

I had actually been on the deck of the Missouri before. Way back in 1986 when it was recommissioned in San Francisco after being modernized with cruise missiles and other modern armament. You see my brother Bob was on the original crew after the refitting. I got to walk across the teak deck and view the plaque commemorating the exact spot where Japan signed the surrender of World War II. I think Bob served on the ship for three or four years and went around the world several times. I don’t think he was on the ship when it served in the first Gulf War. He was and is proud to have served on such a famous ship. 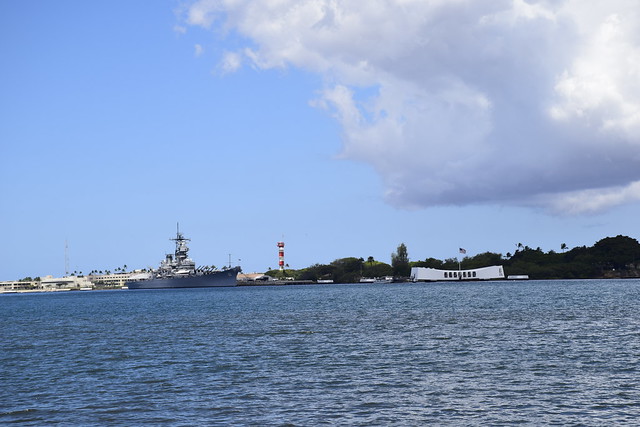 Sorry for the tilt

So, it was kind of nice to see the ship preserved and not salvaged and used to make Kias and Walmart trinkets. Instead it looks to me that it is guarding the USS Arizona Memorial. 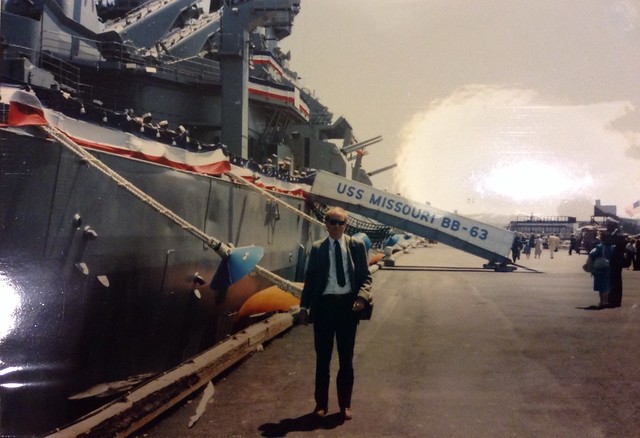 Here’s me all dressed up and about 30 pounds lighter. 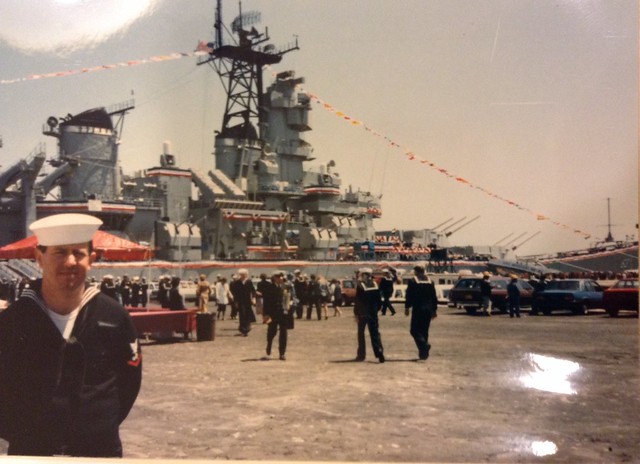 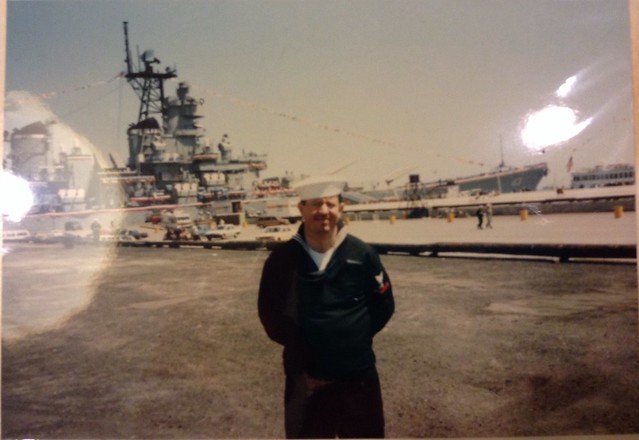 So, I hope to see it up close and personal next time.

6 thoughts on “USS Missouri now at Pearl Harbor, back then in San Francisco”