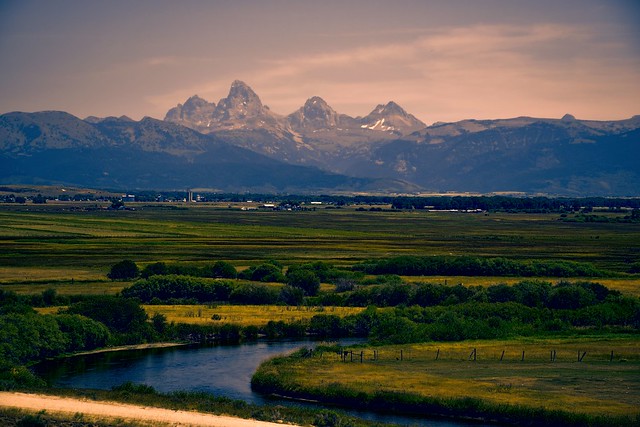 Everybody knows about the Teton Mountains of Wyoming, the spectacular peaks soaring out of the west side of Jackson Hole, Wyoming.  I had an uncle who had a drug store right on the square in Jackson and when I was a kid we visited him a lot so we got to see the mountains a bunch. Things are far different now than then. The gazillionaires have taken over. They have bought the ranches and built their big houses. The traffic is horrendous and prices for food lodging is ridiculous. Depressed? There is an alternative.

The west side of the Tetons overlooks the Teton Valley of Idaho. There are only about 6000 people in the whole valley and farming and ranching dominate the economy. There is no traffic and everybody is pretty laid back. It is called the “Quiet Side of the Tetons.” There is lots of history here. Lewis and Clark journeyed through the valley on their expedition. The fur trappers of the early west held their annual Rendezvous in the Valley in 1829 and 1832

You better hurry though, the signs of the early Californication of the Teton Valley are there. Big houses are going up and you can tell the tourist trade is on the upswing it appears. Word is that the Billionaires in Jackson are squeezing out the mere millionaires to the small towns of Driggs, Victor, and Tetonia. 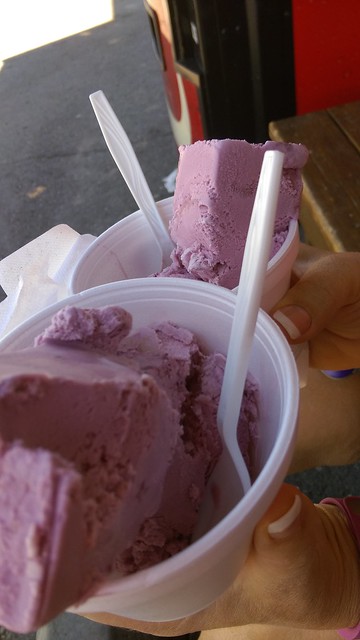 Outside the Teton Valley to the south is Swan Valley. On your way to Swan Valley check out Rainey Creek Country Store. A small convenience store at the crossroads of Highways 26 and 31. They sell ice cream there it is pretty darn good. Especially the Huckleberry and Cream. They also use square scoops. I don’t know why but I think that the square scoops make the ice cream taste better. Why? Who knows. Check it out!

Anybody know of an Ice Cream Meme??? Should I start one?

And a postscript, Heather and I are fans of HGTV’s House Hunters section. Here you can find an episode where this typical self obsessed TV actor couple that has ruined Jackson, Wyoming look at houses in Driggs, Idaho. A charming couple but they don’t realize how much destruction they cause.