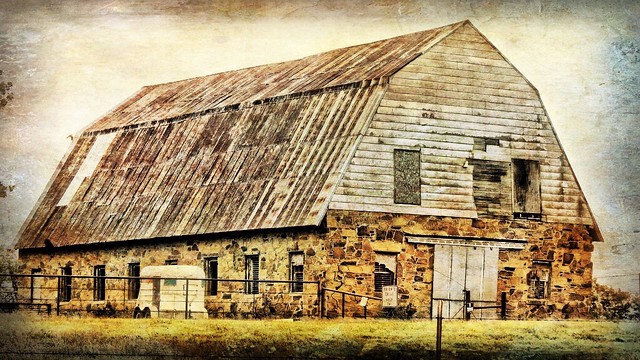 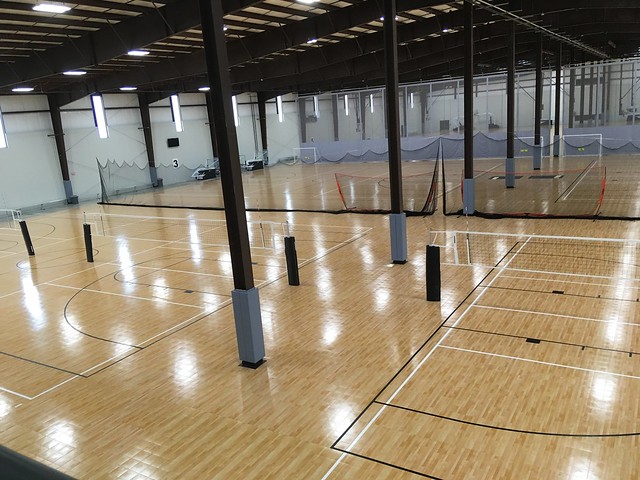 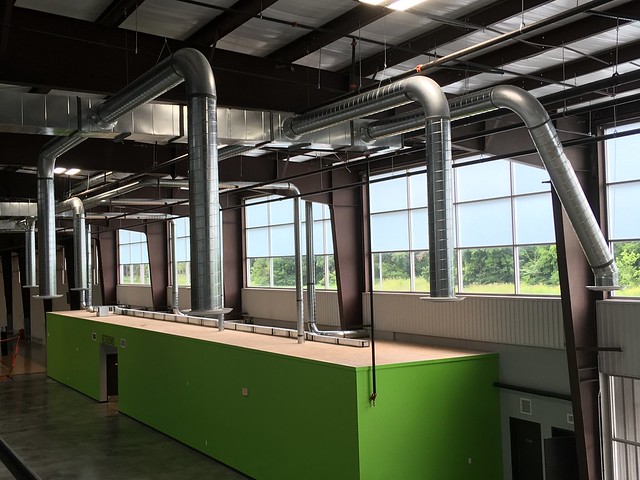 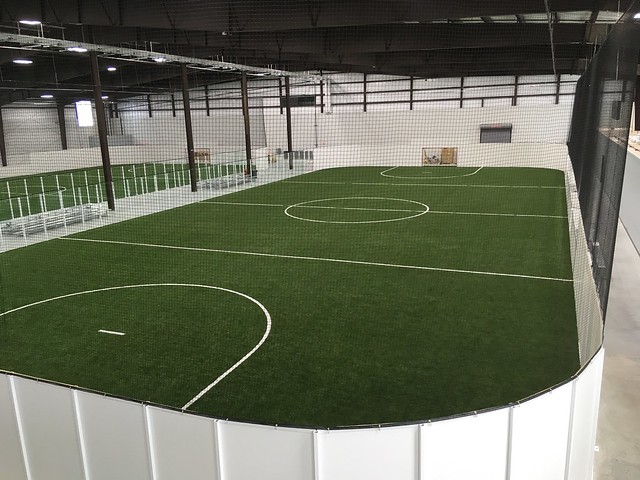 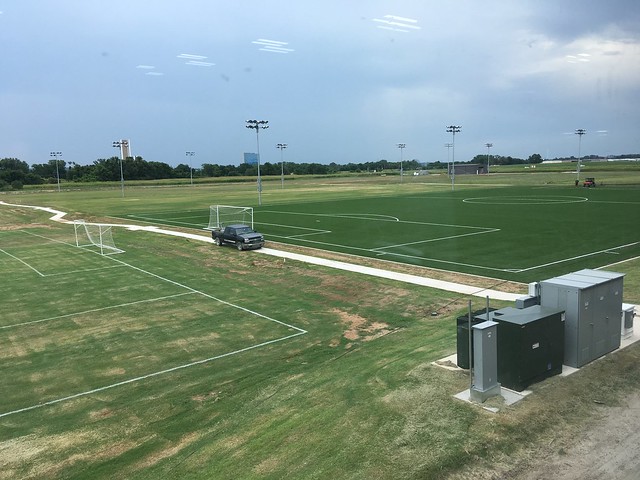 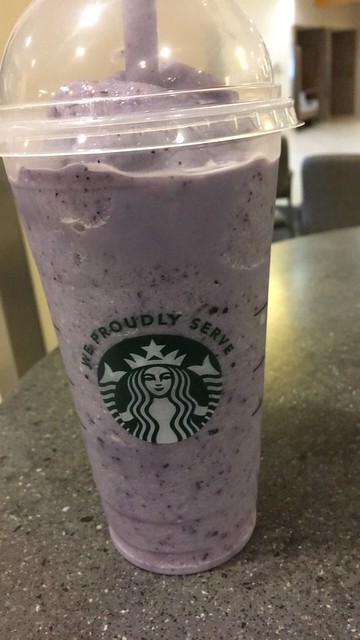 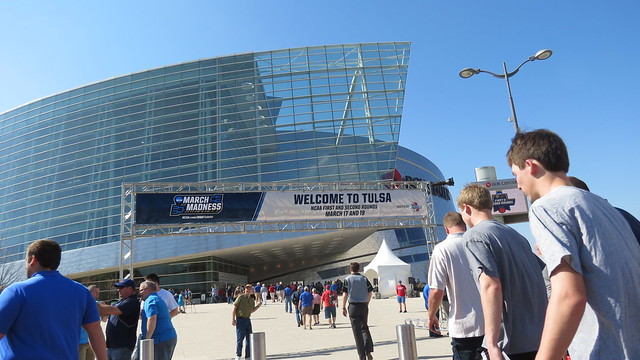 Sunday evening I went downtown and watch the the second round of games of the NCAA Mens Basketball Tournament, aka March Madness, at the BOK Center. There were lots of people with me. 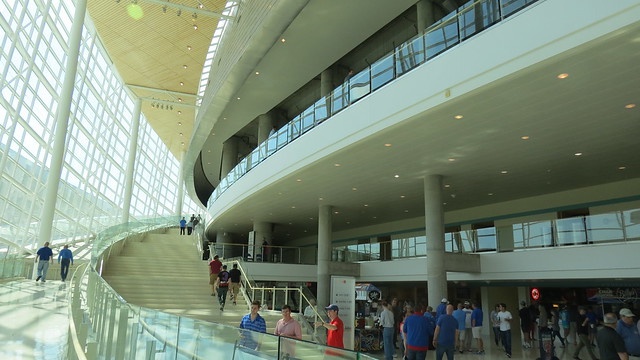 Lots of people there, most of them wearing the blue of the University of Kansas Jayhawks. I am not sure if there is an actual bird named a jayhawk but it doesn’t matter. 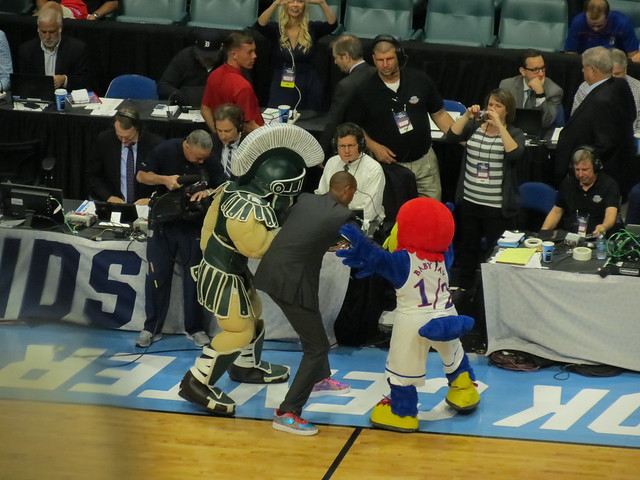 The Jayhawks of Kansas were playing the Spartans of Michigan State University. Their mascots had a little mock battle that was amusing. 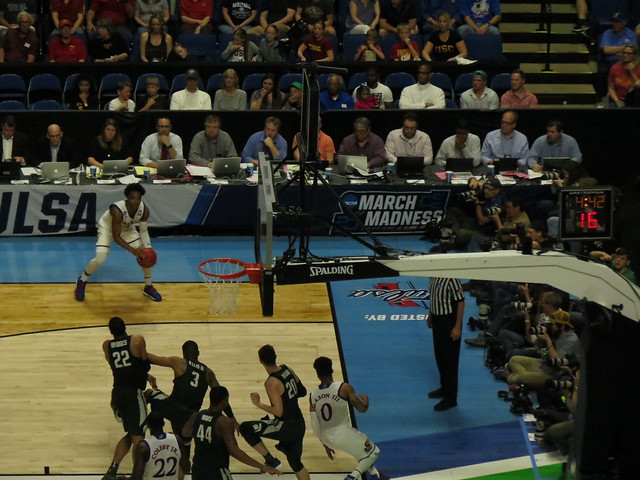 Sorry for the fuzzy photos. I was sitting in the cheap seats way up high so I was doing the best I could. The game was very competitive for the first 30 minutes or so. Kansas couldn’t quite put Michigan State away until then but then they broke loose and ended up beating the the Spartans 90-70. It was a good game. Both teams were were well coached and played well. 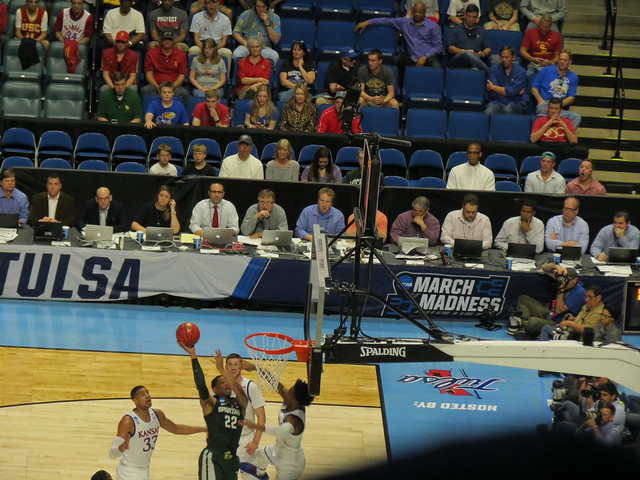 I like how the college game has evolved from the dreadful boringness of the 70’s with the four corner offense and the excrutiating final minutes of a game where the teams fouled each other. The shot clock and other rule changes have really breathed live into the college game again. Also, I was impressed with how well coached the teams were and the discipline displayed by the players. They seem less upset with questionable fouls now. They just deal with it. 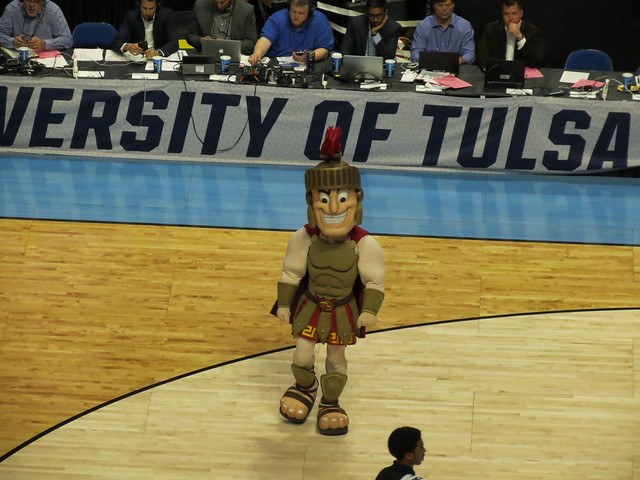 The second game was another good one between two fine teams. The University of Southern California Trojans and the Baylor Bears of Texas. 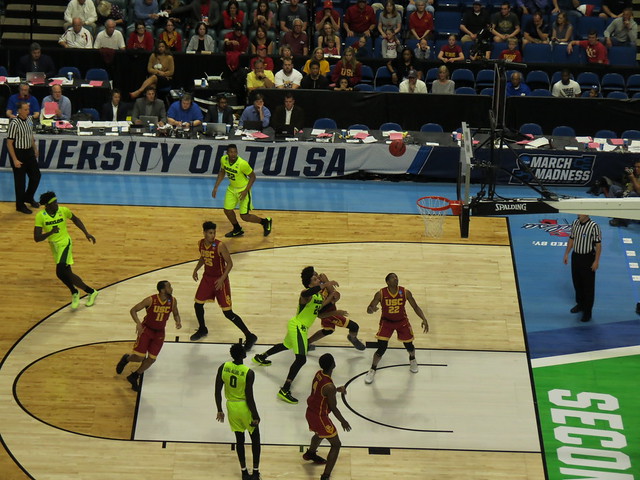 The two teams were evenly matched. I’ve always loved the color scheme of USC. The Bears on the other hand. It looks like they went for road safety yellow for their color scheme. Baylor fans assure me that it is green. Judge for yourself. I say it is yellow. I think they wanted to make sure that nobody would steal the uniforms.  (I am just having fun. I know several Baylor fans and they need to be made fun of, if you know what I mean.) 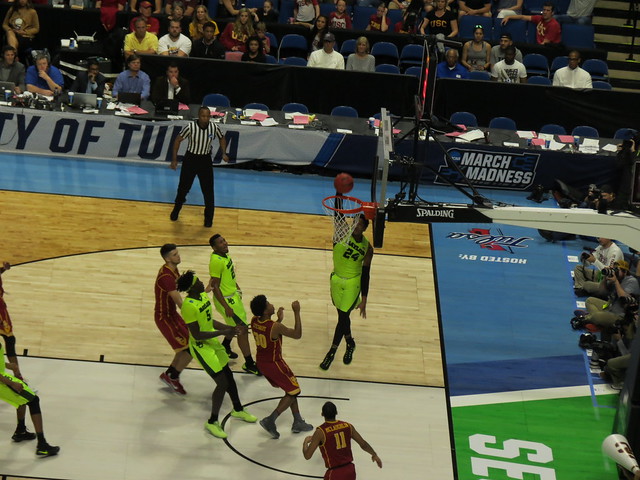 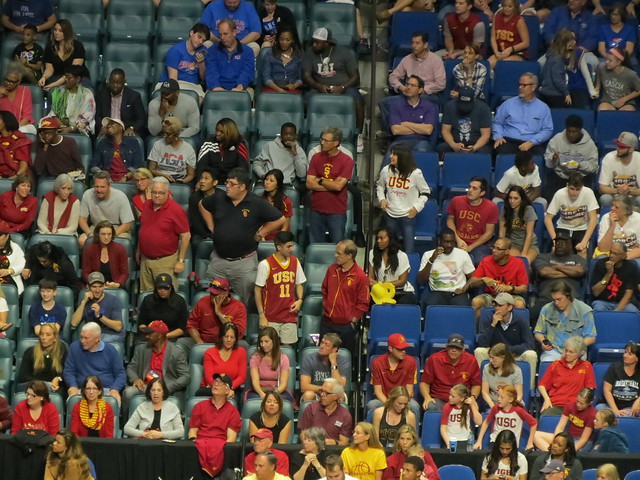 USC brought 12 fans to Tulsa to cheer the team on. Go ahead count’em, let me know what you come up with. 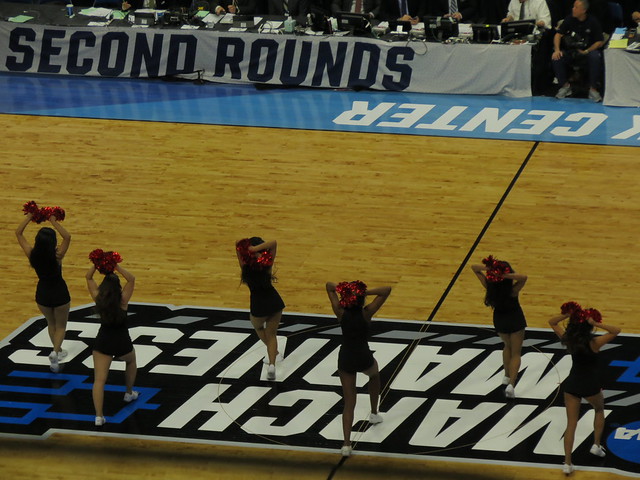 They also brought some cheer leaders. They had the smallest pom-poms I’ve ever seen. 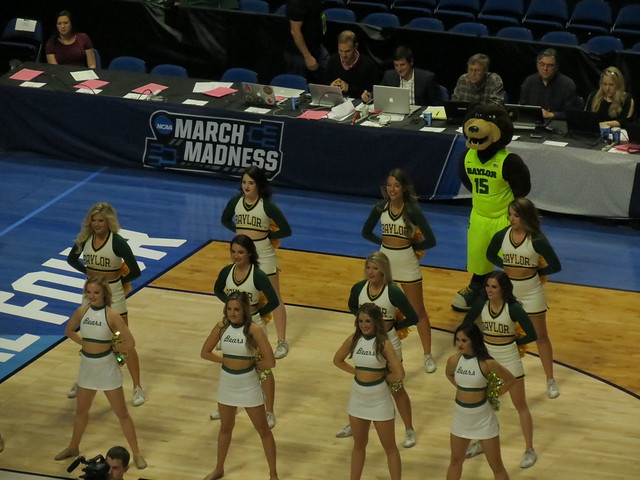 All the cheerleaders were very nice looking and energetic. I would say the Baylor women were the best dancers, followed by the Michigan State ladies, and the USC cheerleaders. 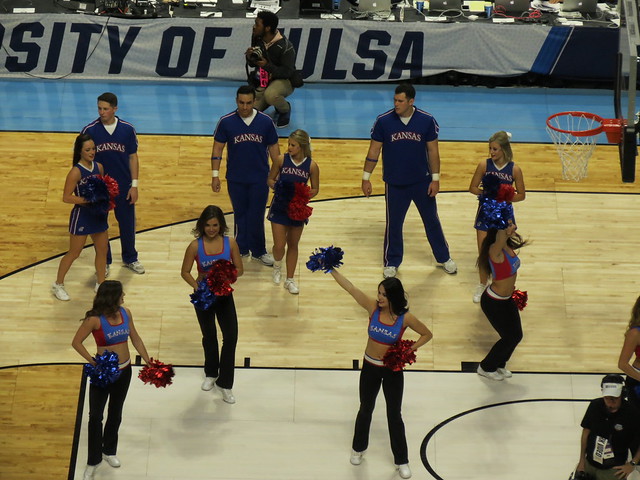 The Kansas cheerleaders did a great job but didn’t appear to be into dancing that much. (I know some overbearing Kansas fans also, and I need to give them some grief also.) Actually all the cheerleaders from all the teams did a great job. I had a great time and I’ll be back again when March Madness rolls back into Tulsa.