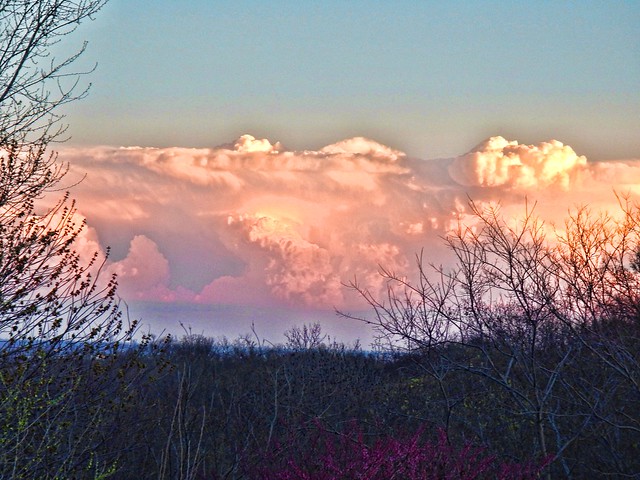 The first Spring storm clouds of the season were pretty spectacular Tuesday night. They didn’t get to Tulsa and I was glad that they were over there and I wasn’t. At the bottom right of the photo is the first redbud blooms of Spring that I have seen this year.

Wednesday night was a different story. Their were a series of storms that spun up in the Oklahoma City and Moore areas and came up the turnpike to Tulsa and hit right around quitting time. A trailer park in the suburb of Sand Springs got hit and caused many injuries and one fatality as well as extensive damage. Heather and Logan were at home and I decided to stay at work. Being on the road is the worst place to be during a tornado. 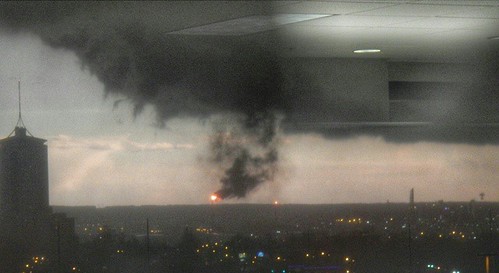 My office is a beige box in the interior of the building so I stayed there instead of going out side and taking pictures. I did get this one grainy shot of a flare at one of the local refineries. I don’t think the refinery was damaged, most likely it was just a process upset. They will be filling out paperwork for a week for causing so much smoke though.

This could be another wild year for storms here in the heartland.