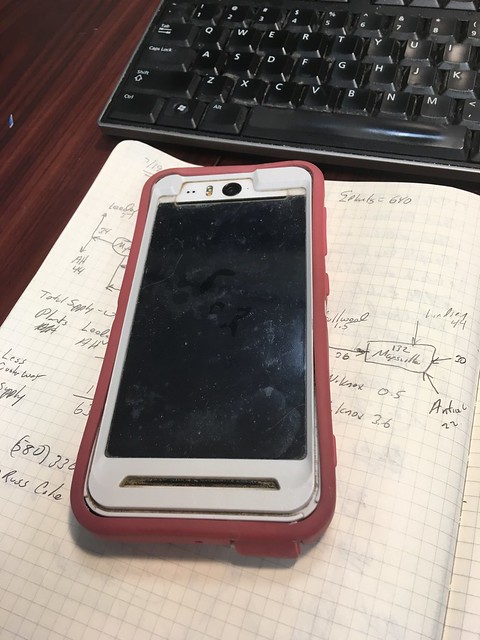 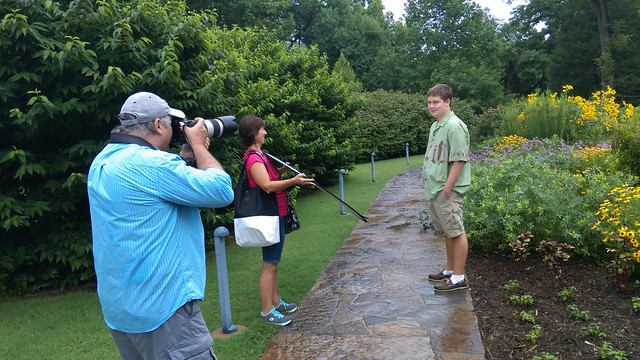 I always claim the right to take pictures of people taking pictures in public places. I did that yesterday of the photographer taking pictures of son Logan. The guy was good! He put Logan, who hates getting dressed up and especially hates changing out of perfectly clean clothes into other clothes. I just tagged along. 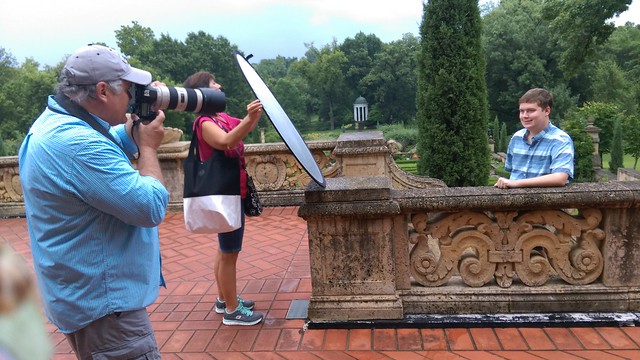 Heather made a great assistant holding the reflector as the photographer did his thing. I’m going to have to get one of those things. I wouldn’t know what to do with it but it sure looks cool. 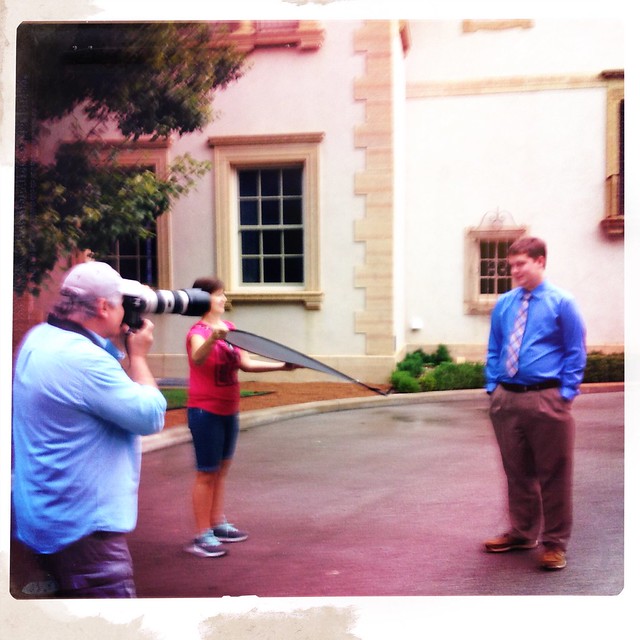 I think both Heather and I teared up during the session. Our baby is getting all growns up. It seems like just yesterday we loaded him up for first grade.  He has turned into quite the young man. He has overcome a lot of challenges and I think will do well. 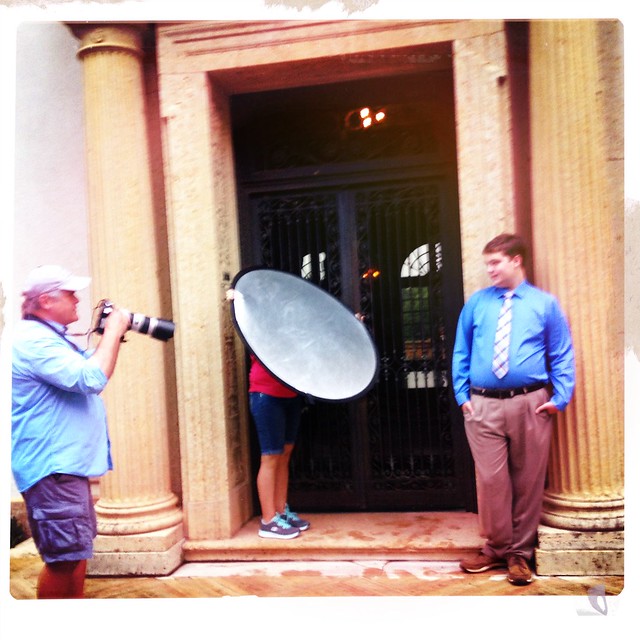 Anyways we get the proofs in about a week and a half. The guy was good so my expectations are high. I imagine we’ll buy almost everything. We might have to get a second mortgage but you only get Senior Pictures once. Well, at least hope it is just once.