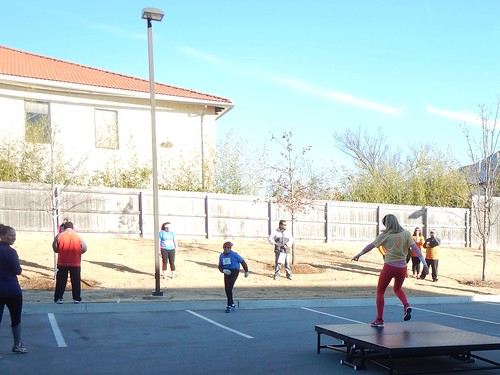 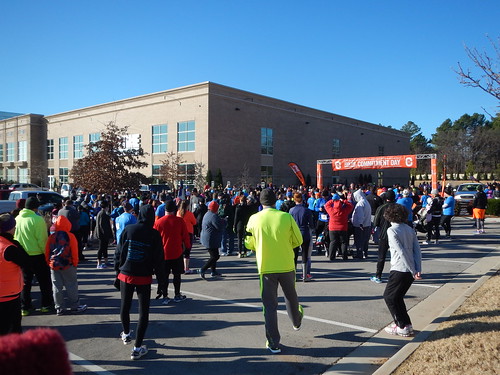 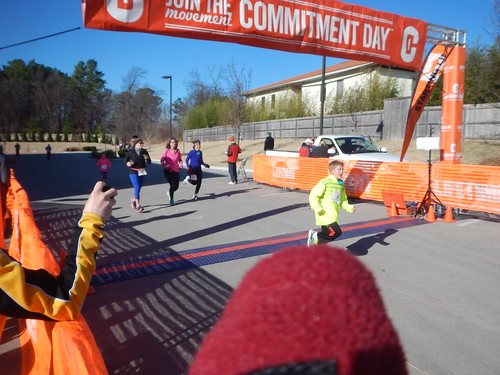 We are in the downtime of Summer right now. We took our family vacation a few weeks ago and many of Logan’s activities like his Improv Comedy workshop is out for the summer and his ankle sprain is precluding his horseback riding. So Friday night I had a thought. Hey, I should run a race!! Pre-Logan I used to run them at least once a month. Most of them local 5K’s. I have since gravitated to a few big races a year plus I really love trail races.

So I found the only local race was about 30 miles south in the town of Okmulgee. A 5K sponsored by the Muskogee Creek Nation. So early Saturday morning I dragged myself out of bed and headed down Highway 75 and found the place. 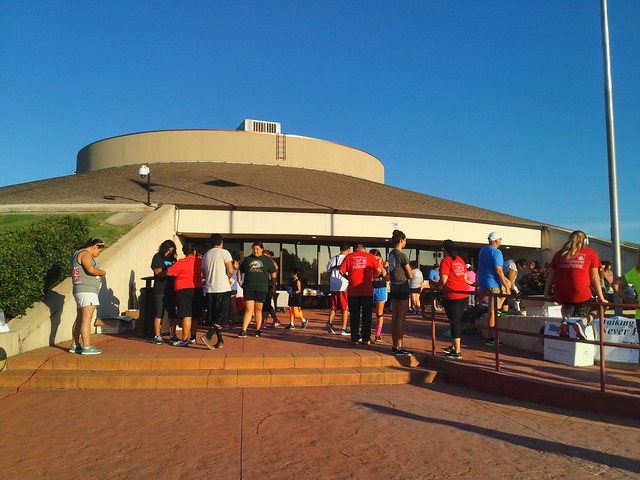 I got registered and got my bib and t shirt and wandered around a little bit. 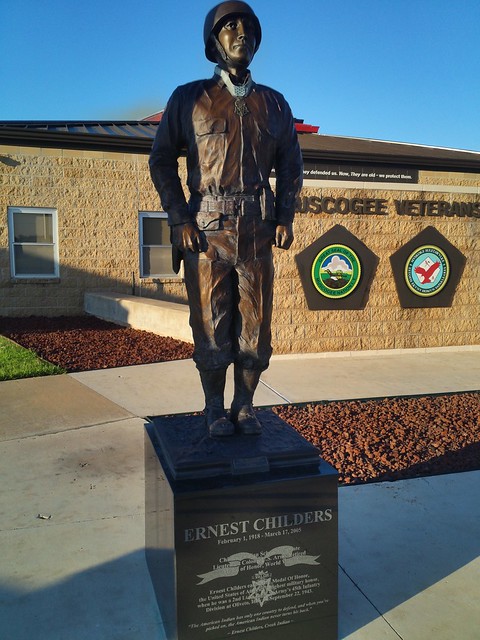 They had some nice sculptures including this one of Ernest Childers, a Muscogee Creek Nation Tribe member who won the Congressional Medal of Honor in World War II. Check the link on his name. Quite a story behind this hero. 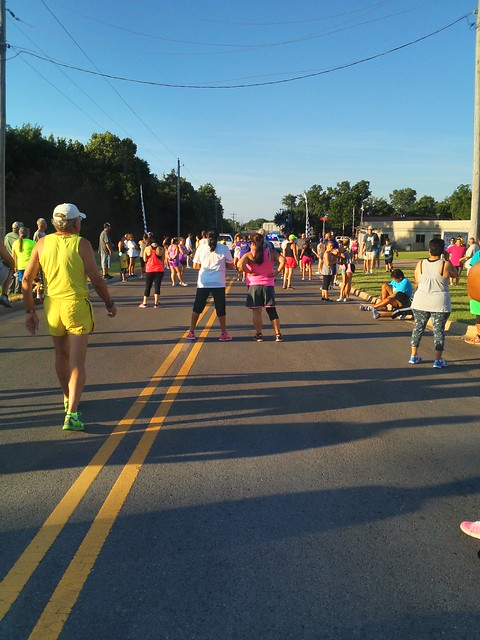 As it got close to race time everybody migrated over to the starting line. I thought it strange how much space people put between each other. But we bunched up before the gun started. I started in the very back. Psychologically it is better for me to pass people from the start to the finish. 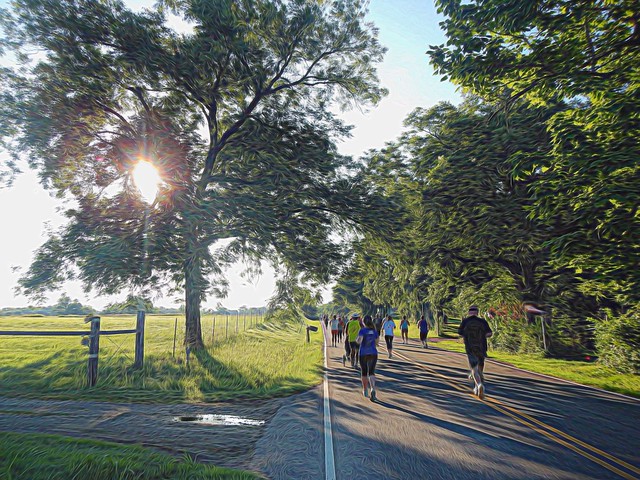 Most of the race was out in the countryside and was very nice. The weather sunny and cool and no wind and I ran a pretty even pace only stopping to take the above photo and walking through the two water stops. 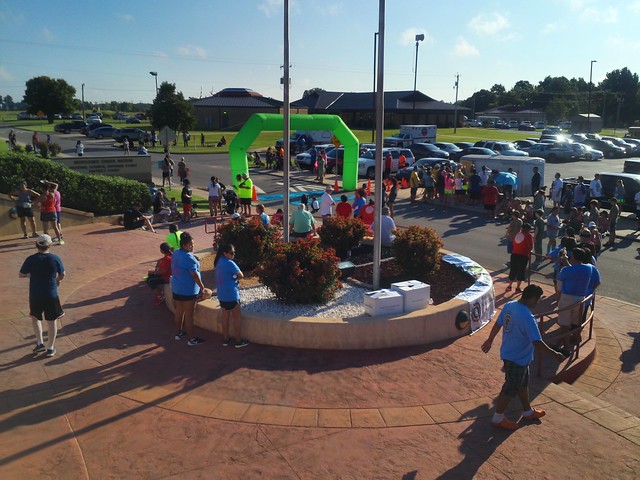 At the finish line. The Nation’s tribal court building is earth banked so I walked up almost to the roof of the structure to get this angle. I stuck around until the awards ceremony and found out that I won first place in the Men’s age 60 to 64 category. 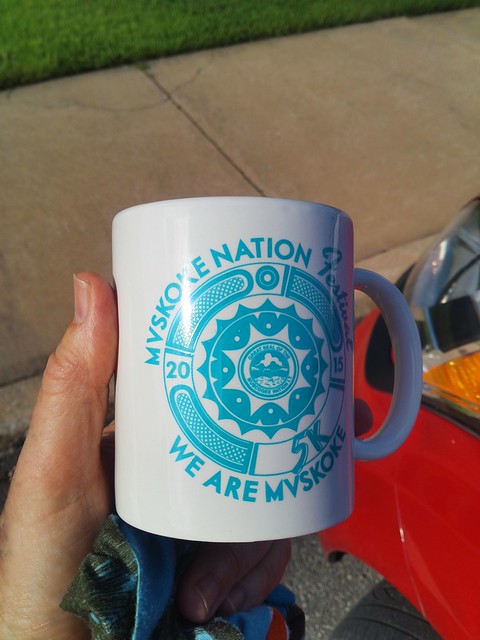 I got this nice coffee mug as a prize. Of course I have to tell you that there was only one other person in this category in the race. The way I look at it is that there were thousands more who stayed in bed and didn’t go to the race. This is the only award I have ever won in a sporting category  in 48 years since I won first prize in a free throw shooting contest at a summer camp in Clear Creek, Utah. I have run I guess over two hundred races over the years and have never even come close to placing. So make fun of me if you wish, and I understand if you do, but I’m very happy anyway.

So there is hope out there for old fat slow guys. I’m really proud of my little coffee mug.