My employer had a few events during Earth Week and one of them was a presention from a couple people from the The Tulsa Hub (check them out, they do lots of good stuff. They are trying to change lives through bicycling) about basic maintenance on bicycles. I’ve had mine for a few years now and have not done anything so I paid attention and even asked a few questions about several things especially, chain maintenance. I’ve had my bike for several years now and have not done anything besides air up the tires since. So I went to the store and bought the degreaser and the chain oil and got some rags and cleaned and oiled both my bike and Heather’s. Last Sunday I decided to go out for a ride. Heather couldn’t go so I went by myself. 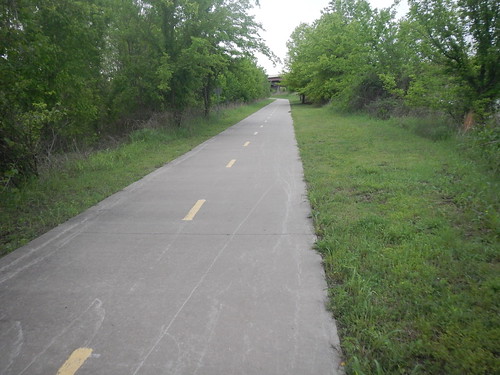 We live within a mile of a part of Tulsa’s extensive bike path system so I rode my bike from the house over there and made my way east to the Liberty Trail in Broken Arrow paralleling the Creek Turnpike Extension. The Liberty Trail passes very close to my MIL’s house and I have walked over to her house about three times so far. It’s about seven miles so it is not a bad walk at all. One of these days Heather and I will ride our bikes to her house. 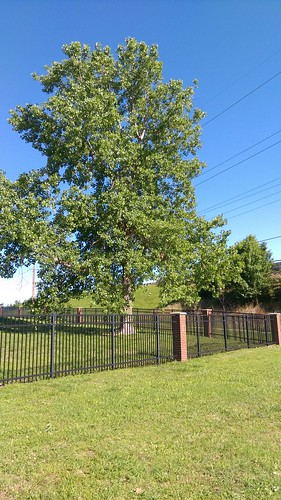 I only stopped to rest once on my leg out. I liked this tree and I liked the water fountain. A miscalculation on my part was not enough water. I brought a water bottle but I thought there was more water available along the path than what there turned out to be. I have a hydration pack that holds 1.5 liters. I might bring that, in addition to a bigger water bottle next time I ride this route. 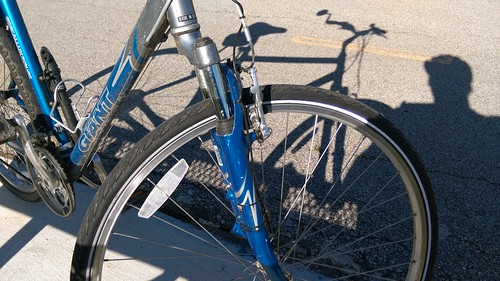 And here is a shadow selifie of me at the halfway point. Tired and thirsty. 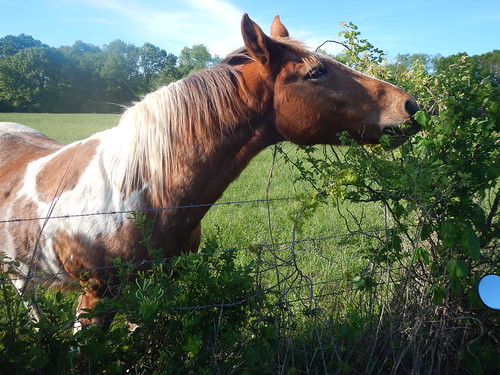 I did a little more sightseeing on the way back. I stopped to take a photo of the horse. He (I guess it is a he) walked up to me seeming pretty friendly. He let me rub his nose for a little bit. 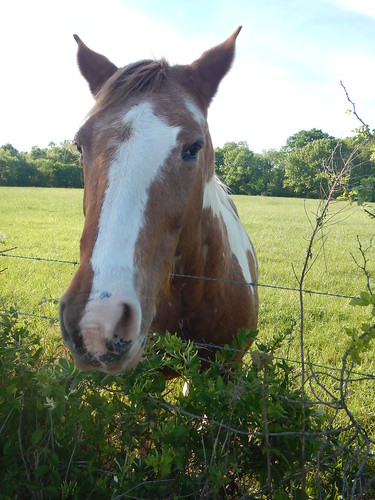 Nice horse but I had to go. 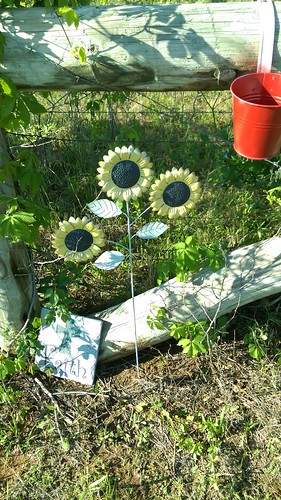 And I saw this little thing out in the middle of nowhere. I have no idea what it is about. There are lots of roadside memorials in Tulsa in memory of people who died in car accidents but they generally have some information about who the person is. 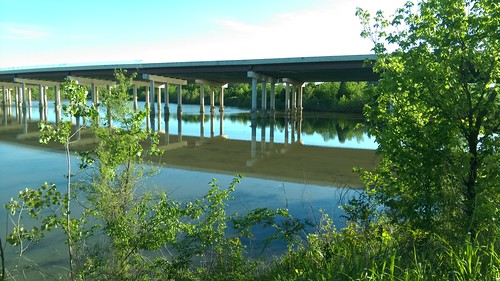 Stopped near the end to take this photo. I have taken this shot many times but what I liked about this was that the sun was low enough that the reflections actually illuminated the bottom of the bridge.  Yeah, sorry, I like stuff like that.

Anyway, I got home very tired and thirsty. Just shy of 25 miles. Not bad for an old guy who hasn’t ridden since September. Time to rehydrate with a couple craft beers and a gallon or two of water.

I am linking with “Our World Tuesday“